2 Louisiana Deputies Are Arrested and Fired After Fatal Shooting 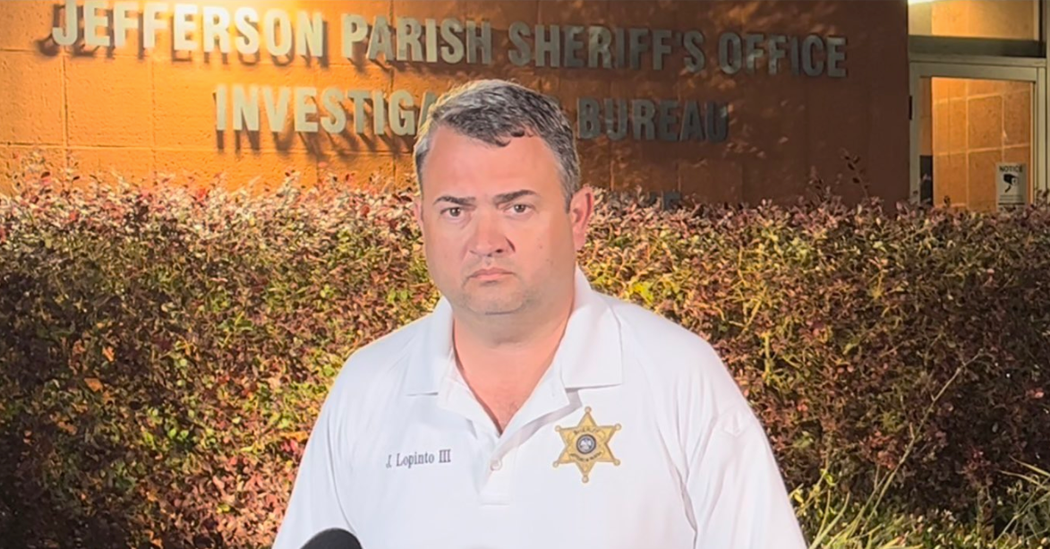 A number of cities have recently taken up measures designed to reduce the enforcement of low-level traffic offenses, which advocates say would limit the number of potentially combustible interactions between officers and motorists. For example, Pittsburgh’s City Council passed an ordinance prohibiting officers from stopping a driver for a secondary violation, including a broken taillight or an out-of-date inspection certificate. In Seattle, police are no longer initiating traffic stops for such infractions as expired vehicle registrations or cracked windshields.

Police across the country have been contending with a surge in violent crime in some cities. Several officers in recent months have been shot during vehicle stops, reinforcing the sense of peril for the police. On Saturday, a Mecklenburg County, N.C., sheriff’s deputy was shot during a traffic stop before returning fire at the driver. Both survived.

During the Louisiana encounter, Mr. Vallee had raised his hands, but at one point dropped them, hitting the vehicle’s horn, Sheriff Lopinto said.

“My opinion, that horn, whether it scares my deputy or whether my deputy reacts to the shot of the horn, ends up firing his weapon,” the sheriff said. “The second deputy fired his weapons reacting to that gunfire.”

Both officers fired multiple times, Sheriff Lopinto said. The three other officers on the scene did not fire their weapons.

The sheriff identified the fired officers as Isaac Hughes, 29, and Johnathan Louis, 35. Mr. Hughes had been employed with the department since 2013, and Mr. Louis since 2020. Each faces one count of manslaughter. The deputies and their lawyers could not be reached for comment on Tuesday.

“Unfortunately, the use of force in this situation was not justified,” Sheriff Lopinto said, while adding that he thought the shooting was “certainly not intentional.”