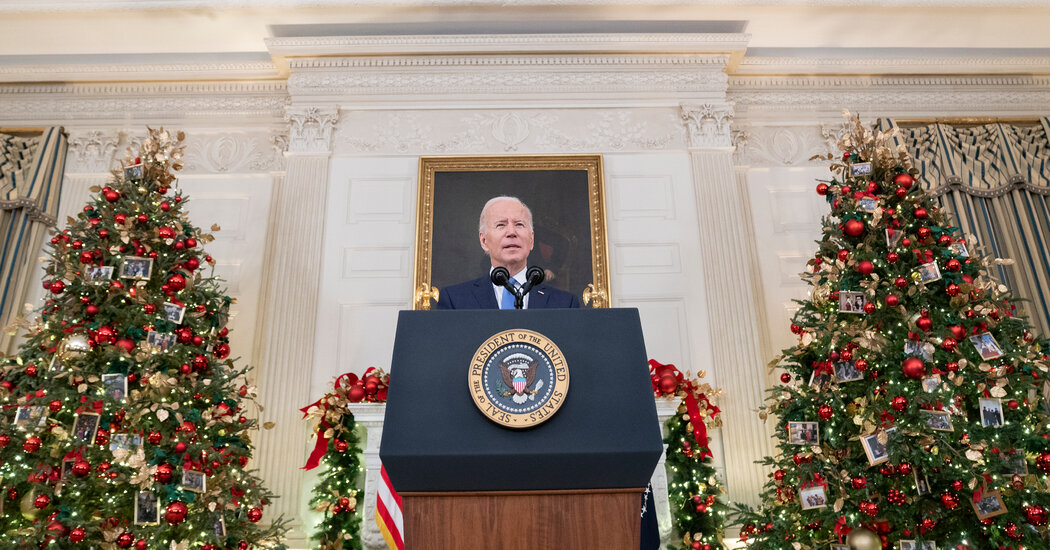 Schumer has literally no votes to spare, which means every Democratically aligned senator holds de facto veto power. He also needs all 50 of those senators to stay healthy and present, not just for the Build Back Better bill but also other priorities like confirming judges and an attempt to pass voting-rights legislation.

Wish list: Democratic health and unity; passage of the Build Back Better Act.

Joe Manchin: The Senate’s most conservative and consequential Democrat recently declared on Fox News — yes, Fox News — that he was a no on the Build Back Better Act. It sent the White House scrambling and delivered a potentially fatal setback to the party’s signature legislation.

Wish list: If Democrats knew for sure, it would already be in the bill.

Kevin McCarthy: The House Republican leader has already started to be cast as the next speaker — presuming his party retakes the chamber — but his ascent would depend on more than just a Republican majority in 2022. Mr. McCarthy had to abandon his speakership ambitions in 2015. To succeed in 2023, he faces what Politico recently described as a “vexing speaker math problem”: a cohort of members yearning for an alternative, including some floating Trump himself. That may be far-fetched. But it is a sign of how hard it would be for McCarthy to navigate a majority as narrow as the one Pelosi has.

Wish list: winning a big enough G.O.P. majority in 2022 to lead and run the House.

Kamala Harris: The history-making vice president has faced a rash of negative media coverage in her first year and discovered, as Mark Z. Barabak of The Los Angeles Times put it, that the “vice presidency is an inherently subordinate position and one that sits ripe for ridicule.” Some of her most senior communications advisers are departing, and 2022 offers the chance at a reset, especially given the uncertainty — despite the White House’s public proclamations otherwise — that Biden will seek re-election in 2024, the year he will turn 82.

Wish list: greater staff stability and a more positive portrayal in the press.

Donald J. Trump: The former president may be off social media, but he has not receded from the political scene. He has been issuing statements from his new PAC at Twitterlike speed, endorsing a raft of candidates and continuing to raise money online by the bucketload, all while he is under investigation in New York for his business practices.

He is talking out loud about running for president again. But for a politician who wants relevance, why would he say anything else?

Wish list: vengeance on the few Republicans who voted for his impeachment; continued dominance of the Republican Party.