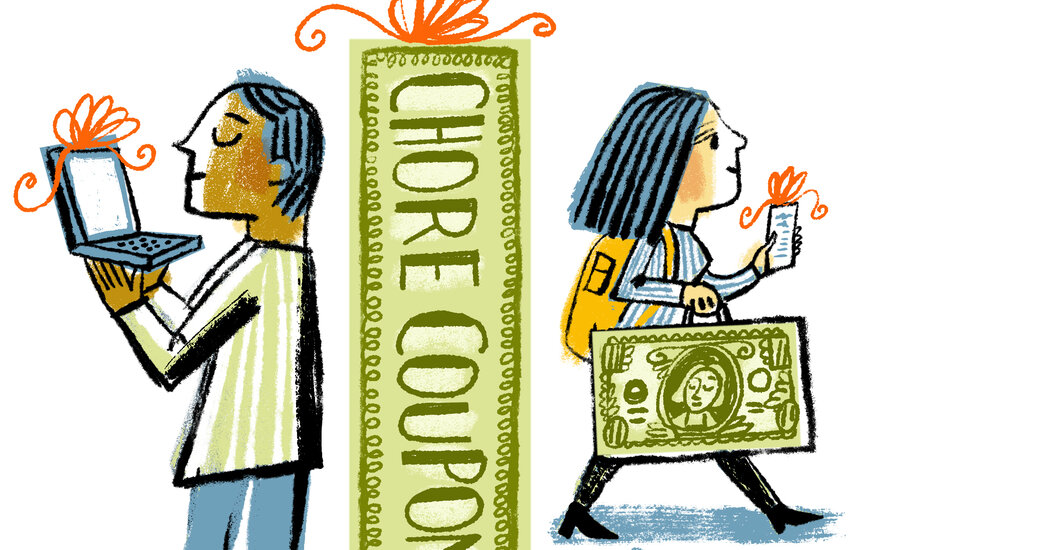 If groceries, gas or automobiles were any part of your budget this year, inflation has hit you hard. Now perhaps you want to keep the gift budget in check. Then again, maybe you haven’t seen your relatives in a long while, and you’d rather not be anything less than generous.

So here’s a challenge — a quest, even. Figure out a way to surprise and delight your nearest and dearest with presents that cost no more than they would have 24 months ago. This isn’t just possible; it can be rewarding for giver and receiver alike.

I found a few fun gifts that actually cost less than they did two years ago. Others that you give now can increase in value over the years. And then there’s the time you can offer up to those who crave more of yours — or relief for themselves.

“The most radical kind of gift is when you’re taking something away,” said Eve Rodsky, author of “Fair Play,” a book about couples, time, tasks, and the attendant conflict and resolution “Obligations. The need to cook dinner. The requirement to commute somewhere.” (Or, in her family, make an arduous journey to a renderer of animal fat.)

So once the splayed bird carcass heads into the stockpot, you’ve eaten the French silk pie with your bare hands and you stare down a gift-buying season of soaring prices, consider the gifts of tech, travel and time.

A Room, a Flight and a Phone to Book Them On

The few possibilities for paying less for good things are hiding in plain sight, just under the painful headlines about rising inflation.

That 6.2 percent figure from earlier this month was the rise in the Consumer Price Index over the 12 months through October, the biggest jump in 31 years. Bad news, for sure.

But dig a bit into the fact sheets that the Bureau of Labor Statistics publishes and you’ll find some unqualified good news. The bureau, which gathers that data for the C.P.I., reports that prices in the “telephone, hardware, calculators and other consumer information items” category have fallen 25.7 percent in two years.

A popular gift item within that category is smartphones. The Bureau of Labor Statistics began breaking out prices there in December 2019. In the months since then, prices have fallen a whopping 29.1 percent.

So maybe this holiday season is the time to forcibly upgrade the family Luddite. Or maybe it’s time to give in and buy a first phone for a child. (If so, consult our Wirecutter guide to the category, and do consider a dumbphone in lieu of a smart one.)

If someone in your circle loves to travel and is sick of being stuck at home, there is welcome news here, too. The C.P.I. includes an airline fares category, and prices have fallen 23.7 percent in the past two years.

Where might you might send (or take) someone? Consider the research firm STR’s data. I asked about a selection of popular destinations where average daily room rates are down a double-digit percentage in the past two years. It’s a decent-size list of appealing cities that includes New York, Washington, Chicago, San Francisco and Seattle.

The travel app Hopper offers promising airfare intelligence. Highlights include a 16 percent drop in prices to and from the New York and Newark airports in two years. Flights in and out of the three Washington-area airports are down 10 percent.

If you’re thinking about flights, though, it’s worth pointing out that there was a spike in prices in the spring, which has since receded. You may want to act fast, now that booster shots of confidence are available to all.

Some gifts have the potential to rise in value — and not just pristine Barbies that must stay in the box or trading cards whose worth falls with every wrinkle.

Over the long term, the stock market tends to rise. Money in an index fund is almost foolproof, as long as you leave it there for a few decades. Investing in individual companies is more risky, but even if the share you give falls, a younger recipient may learn valuable lessons anyway.

Less immediately satisfying than the alternatives might be a contribution to 529 college savings plan, but it is no less valuable. I get it — the gift of a daylong adventure with a 6-year-old niece or teenage grandson can make lasting memories. But imagine the gratitude that will result if the $100 you put into the pot each year means that a 22-year-old will have those first student loan payments covered upon graduation.

That’s not to say you shouldn’t give your time, perhaps the most precious resource you have.

If you’re working from home and so haven’t been commuting, you may have more of it on your hands — assuming you’re not among the workers handing your would-be travel time over to your employer. But even if you are, there are probably people on your list who would value your hours even more than you do.

This sort of thing can be an unexpected delight. Tim Kasser, an emeritus professor of psychology at Knox College and the author of the classic money-and-feelings book “The High Price of Materialism,” had elaborate time-couponing rituals with his wife and two sons. A particularly excellent one was the “Drop everything and play with me right now even if you happen to be working” coupon that his sons could redeem.

The gift of time comes in many forms. One of his sons, Dustin, a picky eater, gave out an “I’ll try four new foods” coupon. Mr. Kasser cashed it in when serving up watermelon juice and a chickpea dish — meaning he didn’t have to spend time making a second meal if Dustin approved of the novel cuisine.

Mr. Kasser did the same sort of thing for his wife. One year, he took over one of her least-liked chores: washing out the reusable plastic bags. More than a decade later, he’s still at it.

To Ms. Rodsky — whose next book, “Find Your Unicorn Space,” is about the quest for uninterrupted time for creative and other happiness-producing pursuits — the plastic-bag gesture is exemplary on at least three levels.

The first is that it’s a prime example of taking as giving. Second, the best thing to take away is often a task that delivers neither meaning nor happiness to the person who currently does it. (You should know what that is by now for your spouse. If you don’t, ask.)

Finally, it wasn’t a one-off thing — Mr. Kasser picked up the chore for the long haul. Ms. Rodsky said her husband had given her a similar gift by eliminating paperwork for her, filling out dozens of forms each year for their three children. She didn’t gloat about his labors on this front in our conversation, but she came close.

Ms. Rodsky has another idea for a gift her husband could give someone he loves. She mused about her mother-in-law’s kugel, a dish whose preparation requires her to commute an hour each way in Los Angeles traffic for the special fat that the recipe requires. It is rendered just so by a particular butcher, such that Ms. Rodsky’s mother-in-law swears by his schmaltz.

Does Ms. Rodsky’s husband have more time on his hands than his mother? No. But does Ms. Rodsky suspect that her mother-in-law would appreciate her son’s stepping up to procure the precious fat — a task that they refer to as the “lard run”? You bet.

As many of us tentatively get together again this holiday season, consider all the ways you can give. Maybe the best gift will be a little schmaltz.