A Modern California Home Built to Beat the Desert Heat 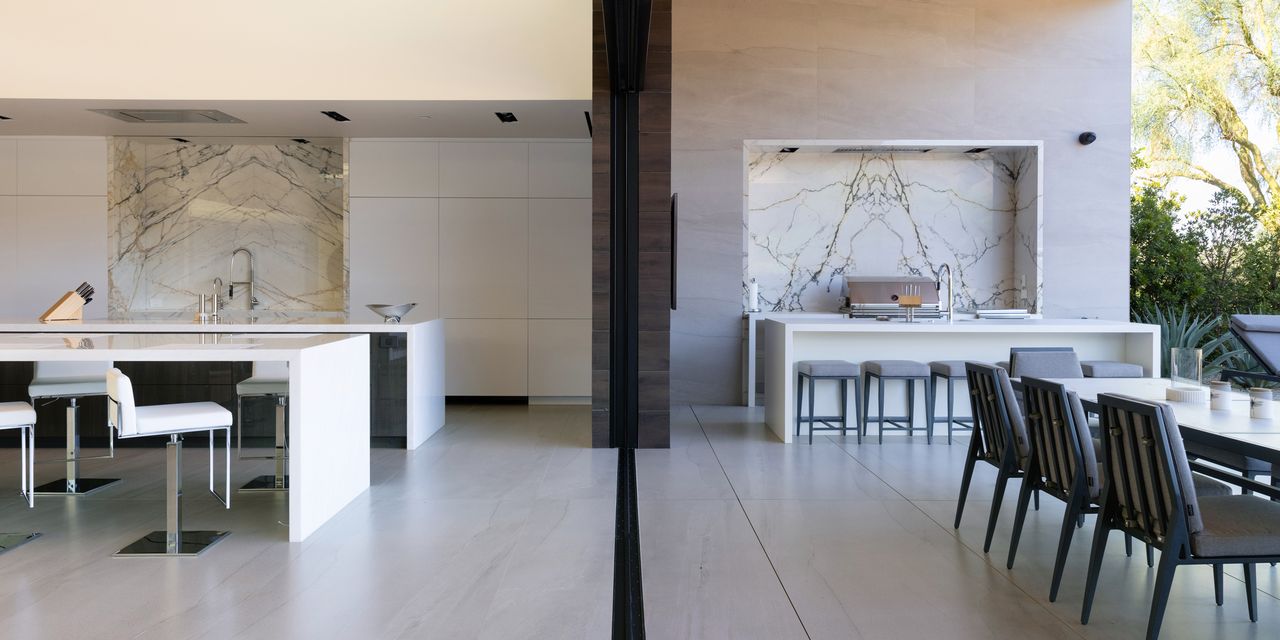 Autumn has arrived in Palm Desert, Calif., and residents are rejoicing, as the season brings more-amenable temperatures after the scorching summer.  For local homeowner Daniel Simon, 54, leaving  behind the heat means he can resume making the most of his modern, 5,000-square-foot house, where his weekends are often spent entertaining.

Mr. Simon, an elevator contractor and native of Southern California, divides his time between Orange County, where his primary residence has views of Newport Bay; a horse ranch in the mountains above Coachella Valley; and Palm Desert, where the home’s four bedrooms, five bathrooms and six distinct sitting areas welcome his guests on a grand but comfortable scale.