Ahead of Summit, U.S. Deported Chinese Nationals, and China Let an American Leave 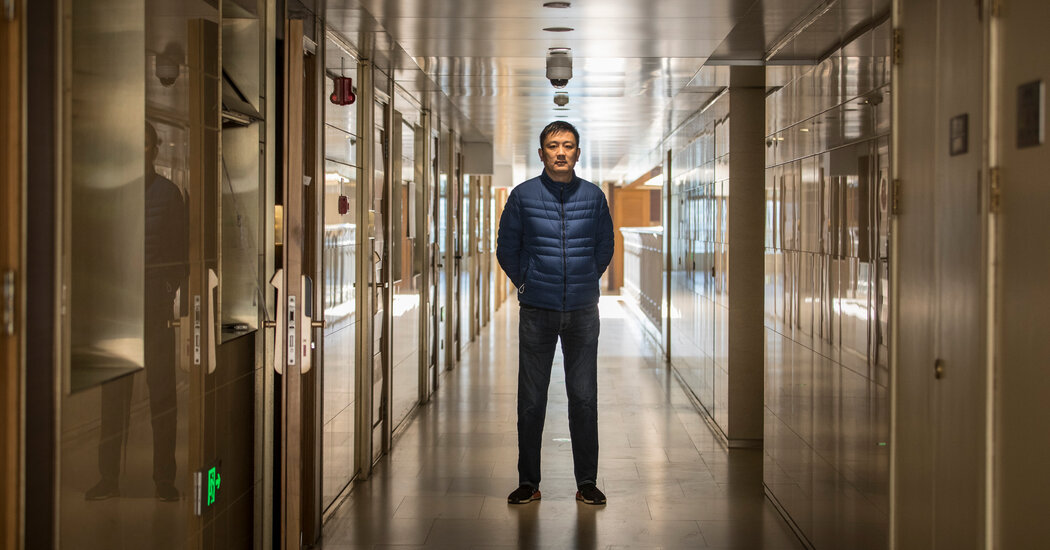 Shortly before President Biden and China’s leader, Xi Jinping, met for a virtual summit this week, the United States sent seven Chinese nationals who had been convicted of crimes back to China, and Beijing lifted an exit ban on an American citizen who had been blocked from leaving for four years.

One of the Chinese nationals who was repatriated was a woman who had been convicted in 2019 of trespassing after she had entered former President Donald J. Trump’s Mar-a-Lago resort with a cache of electronics, according to a senior administration official. The official spoke on condition of anonymity to discuss sensitive diplomatic affairs.

China’s foreign ministry did not immediately respond to a request for comment.

The moves came less than two months after the United States reached an agreement to allow Meng Wanzhou, a senior executive at the Chinese tech giant Huawei, to return home after a nearly three-year diplomatic standoff. China reciprocated within hours, releasing two Canadians whom it had held since shortly after Ms. Meng was arrested in Canada.

Two American siblings who had been blocked from leaving China for more than three years were also allowed to return to the United States. The siblings — Victor Liu, a student at Georgetown University, and Cynthia Liu, a consultant at McKinsey & Company — had never been accused of wrongdoing in China. But their father, Liu Changming, a former executive at a Chinese bank, was wanted by the Chinese police for his role in a fraud case.

The exit ban on Mr. Liu’s children was seen as a way to pressure Mr. Liu to return to China and turn himself in.

The series of diplomatic actions appeared to have been intended to cool tensions between the two governments, which have become increasingly confrontational on trade, technology, human rights, the future of Taiwan and other issues. At their video summit this week, Mr. Biden and Mr. Xi reached no breakthrough accords, agreeing only on the need to prevent frictions from escalating into all-out conflict.

The American who was allowed to leave China this month, Daniel Hsu, has not been convicted of any crimes in China. Mr. Hsu told The Associated Press last year that the Chinese authorities blocked him and his wife from returning to their home in Washington State in August 2017, in what Mr. Hsu said was an apparent attempt to convince his father to return to China and face embezzlement charges. Mr. Hsu’s father, Xu Weiming, denies the charges, The A.P. reported.

Mr. Hsu’s return to the United States was reported earlier by Reuters.

The State Department has been warning Americans who are considering travel to China of the risk of “arbitrary detention and exit bans.” In most cases, the department says, U.S. citizens only become aware of an exit ban when they try to leave China.

One of the Chinese nationals whom the United States sent back to China last Friday is Yujing Zhang, a businesswoman who talked her way into Mr. Trump’s Mar-a-Lago club in 2019. After Ms. Zhang was questioned by the Secret Service, agents found that she was carrying four cellphones, a laptop and an external hard drive. They found an additional trove of gear in her room in a different hotel.

The incident exposed holes in Mr. Trump’s security apparatus. But Ms. Zhang’s trial in Fort Lauderdale, at the United States District Court for the Southern District of Florida, did not attempt to address whether she had been engaging in espionage.

The Miami Herald reported this month that Ms. Zhang finished serving her eight-month sentence in late 2019 but was held in immigration custody for much longer thereafter because of “deportation delays” related to the coronavirus pandemic.

China’s foreign ministry this week also announced the repatriation from the United States of Xu Guojun, a former bank executive who had fled China two decades ago after being accused of corruption and embezzlement. A federal jury in Las Vegas found Mr. Xu guilty of conspiracy charges in 2008.

The Chinese foreign ministry hailed Mr. Xu’s return to China as a “major achievement” in the authorities’ 20-year pursuit of justice in the case.