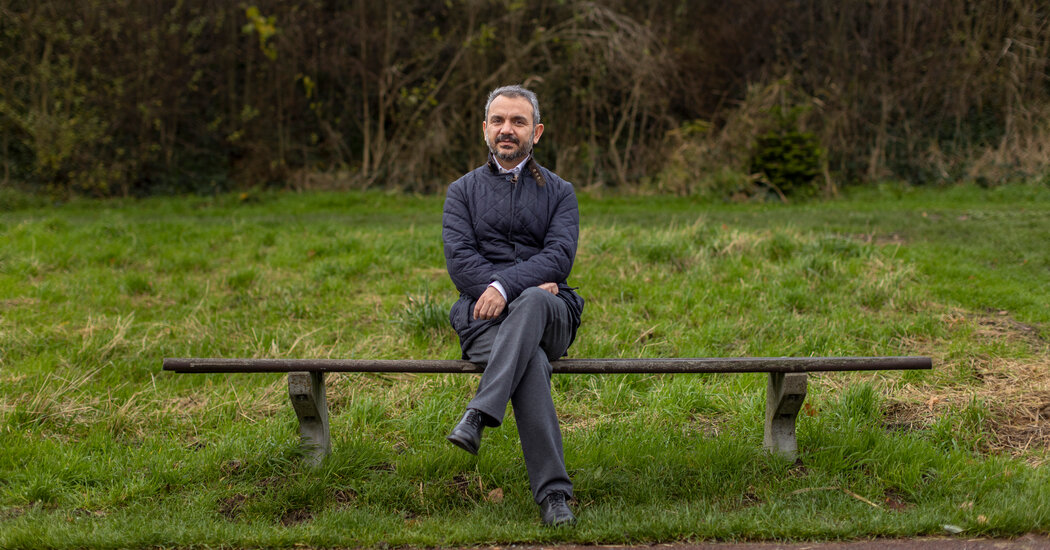 What most haunts Ahmad Nader Nadery about the last hours before the Taliban seized power in Kabul are the words of a police officer, exhausted after a tense night, who appealed to him to secure a peace deal.

One of Afghanistan’s top negotiators in peace talks with the Taliban, Mr. Nadery was flying to Qatar early on Aug. 15, in a last-ditch attempt to work out a peaceful transition of power. Taliban forces had seized control of most of the country, U.S. forces were withdrawing, and fear was building of a bloody onslaught on Kabul, the capital.

But Mr. Nadery was still working on a plan. President Ashraf Ghani had finally agreed to step down and hand over power to a loya jirga, a traditional assembly of elders. The Taliban had been persuaded to pull back units that had infiltrated the capital.

“As far as I knew there was a couple more weeks for the agreement to be worked out,” Mr. Nadery said.

But by the time he arrived in Doha that night, the president had fled Kabul and the Taliban had taken the capital.

“It was the most crucifying pain,” Mr. Nadery recalled. “Everything was going to crumble down, all that we worked and built in the past 20 years.”

A human rights and democracy activist, and lately a government official, Mr. Nadery, 46, had spent his career building up Afghan institutions and training the professionals to run them, always with one aim in mind: to help save the country from the cycle of coups and military takeovers that had long kept Afghanistan from prospering.

“Every one of these changes through military force pushes the country half a century back,” he said. “It undermines the ability of the state to build itself and suffering is extended.”

As he messaged frantically from the plane the day Kabul fell, he agonized over the fate of his staff in the Civil Service Commission, which he headed, some of whom had just helped compile a damning report on Taliban destruction of public infrastructure.

“There were a lot of great people doing a lot of great work,” he said in a telephone interview earlier this month from the Netherlands. “Some of the most capable female directors that I had, they were leading national programs, world class people.”

Born in the southwestern province of Nimruz to a prominent Pashtun family and educated in Kabul, Mr. Nadery lived through the chaos of civil war while in high school in the early 1990s. As a law student at Kabul University when the Taliban imposed their draconian rule for the first time in the late 1990s, he was detained and tortured for three months for his activism.

After the American-led invasion in 2001, he was at the forefront of the drive for democratic change. He was an observer at a conference in Bonn, Germany, about the shape of a post-Taliban government and a representative at subsequent assemblies that agreed on a road map and a Constitution to govern Afghanistan.

He went on to serve as a commissioner of the Afghan Independent Human Rights Commission and founded the Free and Fair Elections Forum of Afghanistan, an independent monitoring organization.

He joined Mr. Ghani’s administration, eventually serving as the chairman of the Civil Service Commission, where he put in place for the first time in Afghanistan a national, merit-based appointment system. In 2020 he joined negotiators on the Afghan peace process.

Patricia Gossman, Associate Asia director for Human Rights Watch, who worked closely with Mr. Nadery on mapping 30 years of human rights violations in Afghanistan, said he was one of the few who saw that the depth of the country’s hurt and loss across decades could only be remedied by reconciliation.

“He grasped more than most that aspect of the conflict,” she said. “He did have that insight and probably carried that into the talks.”

He tried, he said, but he realized early on that the Taliban, intent on military victory, were not serious about negotiating a peace deal. The United States had negotiated directly with the Taliban, without involving Afghan officials, reaching a withdrawal agreement signed in Doha in February 2020.

That emboldened the Taliban and allowed them to ignore the peace negotiations with the Afghan government, he said. He told the United States special envoy Zalmay Khalilzad as much, but he stuck with the process, hoping at least to safeguard some of the gains made in the last 20 years.

On Aug. 12, after nine provincial capitals had fallen, Mr. Nadery learned that the president had agreed to step down and he was told to prepare for a meeting with the Taliban in Doha on Aug. 17 to work out a handover.

Mr. Nadery knew the government had little leverage left in negotiations. There was no longer any question of sharing power, but he was present for a telephone call with the Taliban when they discussed who would attend the jirga.

He still hoped to secure a guarantee for a set of principles: an ethnically diverse government; the bill of rights, including women’s rights, laid out in the 2004 Constitution, and elections.

“This will be the foundation of a future that we can build and grow back,” he said. “That was my biggest hope.”

Mr. Ghani’s flight from the country on Aug. 15 scuttled that hope. The president had centralized power to such an extent, reducing decision making to just a few individuals in the palace, that there was no system left when they fled, Mr. Nadery said.

In their months of talks, the Taliban negotiators had never shown interest in transition arrangements, he reflected. As they took over, he watched his fears come true: services halted, systems disrupted, the Constitution and whole bodies of law built up over 20 years thrown out.

“The revolutionaries take power,” he said.

He has been through a tumult of emotions since, including anger at Mr. Ghani for fleeing and desolation at what he sees as his own share of responsibility for the government’s failure.

“People have every right to be angry at all of us in a position of decision making,” he said. “I feel responsible partially for it and I feel in pain, probably for the rest of my life, for that fact.”

Even so, he said, he hoped that his record of public service “could be judged fairly.”

He blames much of the economic crisis now gripping the country not on the freezing of assets by the United States, as many have complained, but on the Taliban’s own lack of preparation and failure to enforce legal codes consistently.

“The economy depends on the rule of law,” he said.

The Taliban have also shown little capacity or interest in addressing the drought and growing hunger afflicting Afghanistan, he said. He urged the West to insist that the Taliban lift restrictions on women and girls in return for the unfreezing of some assistance, and provide aid through Afghan nongovernmental organizations rather than the new regime until the Taliban earn some popular legitimacy.

“The Taliban have to start earning the public’s acceptance,” he said. “There have to be representative leaders who will not be in power for a lifetime, who are elected by the people, survey after survey shows the people want that.”

“One thing makes me cautiously hopeful,” Mr. Nadery said, “the young people on the street.”

As for himself, as he deals with his own demons in exile, he misses Kabul.

“I long to be there,” he said. “I would read books of exile, and now I see how painful it is.”