Angela Merkel’s Political Life in Pictures: The End of an Era 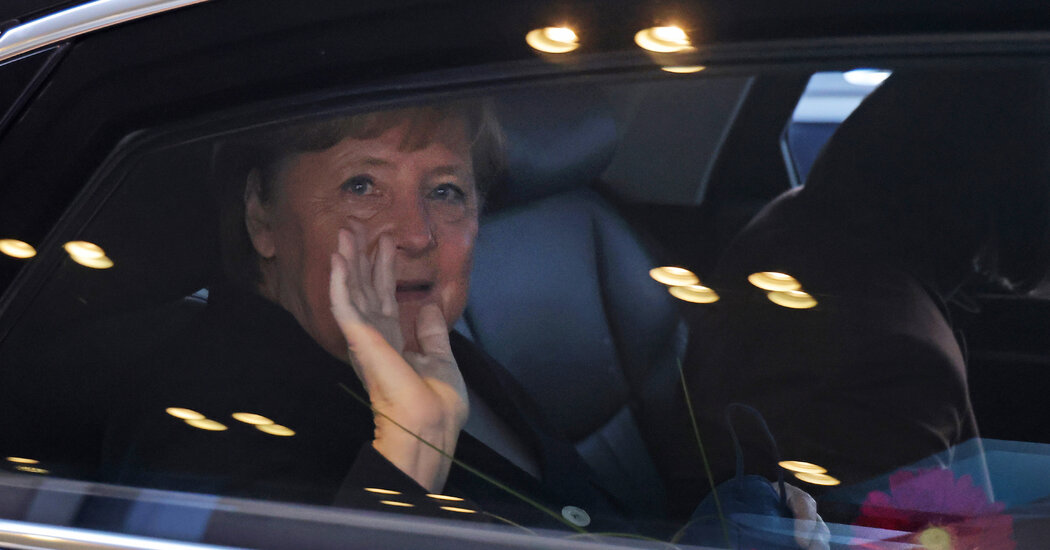 BERLIN — When Angela Merkel became chancellor 16 years ago, George W. Bush was in the White House and Tony Blair was prime minister of Britain. There was no Twitter and no iPhone. Liberal democracy was in seemingly irreversible expansion, with the Orange Revolution having swept Ukraine.

On Wednesday, as Olaf Scholz, Ms. Merkel’s successor, takes over as chancellor, Twitter is a veritable tool of diplomacy, Russian troops are gathering on a divided Ukraine’s border, and democracy itself seems far less certain around the world.

In the intervening years, Ms. Merkel has stood up to President Vladimir V. Putin of Russia (even when he tried to intimidate her with his dog). She bonded with Presidents George W. Bush and Barack Obama and scolded President Donald J. Trump. She became an icon of hope for refugees and an object of scorn for populists the world over.

It was a long journey that started behind the Iron Curtain. Born in the western port city of Hamburg, Ms. Merkel grew up as the daughter of a Protestant pastor in the former Communist East in a small town north of Berlin.

When the Berlin Wall fell in 1989, Ms. Merkel left behind a career in scientific research to throw herself into politics, winning a seat in Parliament in Germany’s first reunified elections. Before she became chancellor, she several multiple ministerial posts and served as leader of her conservative party, after ousting her political mentor, Helmut Kohl, in a ruthless display of power by publicly calling for his removal. She remained head of the Christian Democratic Union until 2018, when she decided to step down, a move that rendered her a lame duck for the final, challenging years of her chancellorship.

Now, at 67, Ms. Merkel’s long political life appears to be coming to a close (what will follow is uncertain). She was always clear that she wanted to leave office on her own terms and in her own time. “I want at some point to find the right time to quit politics,” she told Herlinde Koelbl, a German photographer, in 1998. “I don’t want to be a half-dead wreck.”

She kept this promise to herself. The first chancellor of modern Germany to leave office rather than be voted out either by lawmakers or the public, Ms. Merkel is walking out of the chancellery as her country’s most popular politician.

Her political career, which began in an era of hope after the Berlin Wall came down, is ending at a time of great uncertainty. It is a journey from the end of history and back.