Anne Rice, Who Spun Gothic Tales of Vampires, Dies at 80 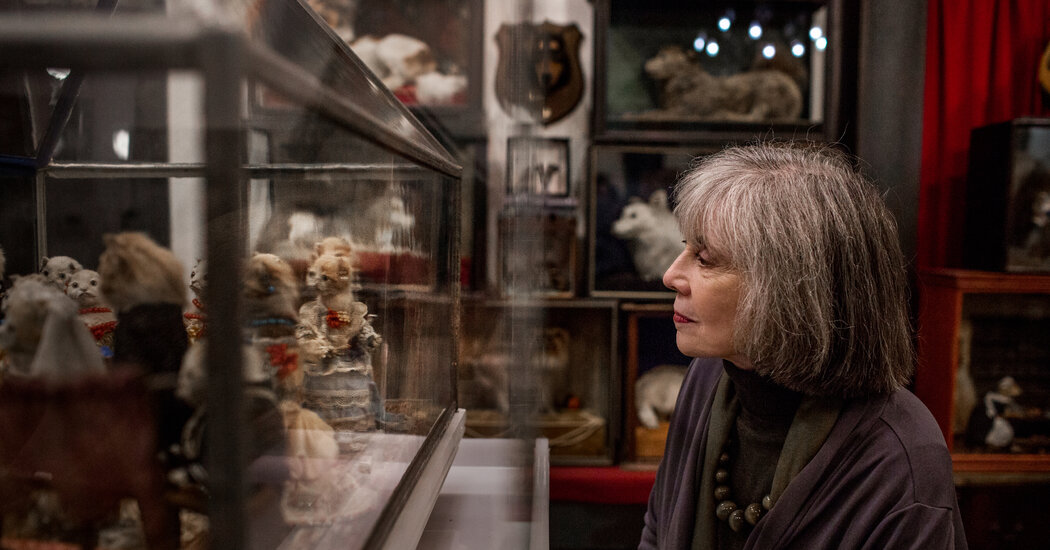 When she was 15 her mother died; she said she believed the cause was alcoholism, something Ms. Rice would struggle with later, though in a 2008 video she said she had been sober for 28 years.

By her late teens, she had become disillusioned with the Catholic faith.

“I have a great deal of anger against a church that would teach kids a 7-year-old could burn in hell for French kissing, right alongside a Nazi sadist,” she told The Times in 1988. In the late 1990s, though, she would return to a belief in God after decades of atheism; over the next several years she wrote two novels inspired by the life of Jesus, as well as a memoir, “Called Out of Darkness: A Spiritual Journey” (2008).

Her father remarried and moved the family to Texas, where in high school Ms. Rice first met Stan Rice, a fellow student.

She attended Texas Woman’s University for a time but dropped out and tried living in the Haight-Ashbury district of San Francisco. She had made an impression on Mr. Rice in high school, and he sought her out; they began an intense correspondence, and eventually he proposed by mail.

They married in 1961 and settled in San Francisco, where Mr. Rice, who died in 2002, became a poet and teacher. Ms. Rice earned a degree at San Francisco State University, though in political science, not literature — “I was a poor reader,” she wrote in her memoir, “and, in fact, couldn’t major in English because I could not read the amounts of Chaucer or Shakespeare assigned in the classes.” (Later, though, she would earn a master’s degree in creative writing there.)

A pivotal event for the couple occurred in 1972, when their daughter, Michele, died of leukemia at the age of 5. Ms Rice said the loss left her bereft and directionless for a time, until she tried returning to writing to shake off the melancholy.

“I wanted to write and write and write, and pour out my emotions, and make stories, and create something,” she told ABC in the 1993 interview. “That was my response to seeing something die and something pass out of my hands like that, and seeing this beautiful child die, no matter what I did or anybody else did.”