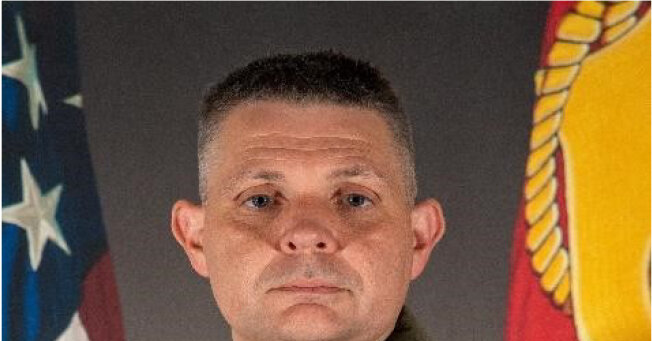 WASHINGTON — A Marine judge presiding at a war crimes trial at Guantánamo Bay stepped down on Thursday because he was offered a fellowship at the F.B.I., the latest personnel change in what has become a revolving door at the court.

Lt. Col. Michael D. Zimmerman was the fourth judge to preside over the case of Abd al-Hadi al-Iraqi, 61, who was arraigned in 2014. Mr. Hadi is accused of commanding Taliban and Qaeda fighters who committed war crimes by targeting troops and civilians with suicide bombings and roadside explosives devices and by firing on medical evacuation helicopters in Afghanistan in 2003 and 2004.

Colonel Zimmerman’s departure illustrates a key problem that has bedeviled the hybrid military-civilian court that President George W. Bush established after the Sept. 11, 2001, terrorist attacks. Unlike federal judges, who are given lifetime appointments, military judges generally serve for a few years at military commissions and then move on to other legal roles or retire, creating delays and disrupting continuity in cases.

The Sept. 11 trial has had four judges sit at Guantánamo in nearly a decade, and three military judges handled the cases administratively from afar during the coronavirus pandemic. The Saudi prisoner who is accused of plotting the suicide bombing in 2000 of the Navy destroyer Cole has had four judges in a decade. The case of the Qaeda courier Majid Khan involved four judges from guilty plea to jury sentence.

The revolving nature of the military commission judiciary has also created conflict of interest challenges in instances when judges or their staff members secretly sought post-service positions at the Justice Department, which sends prosecutors and F.B.I. agents to the Guantánamo cases. In the U.S.S. Cole capital case, an appeals court voided two years of work by an Air Force judge who hid his pursuit of a civilian job as an immigration court judge while serving on the case.

Colonel Zimmerman’s case is different. He goes to the F.B.I. fellowship for a year through an in-service educational program that sends active-duty Marines to war colleges, private universities and government fellowships for career enhancement.

The colonel wrote in a 10-page ruling, which was released with uncharacteristic haste by the Pentagon, that he ranked the F.B.I. program as his first choice fellowship in an online application on Nov. 6.

He learned last week that he was chosen for it, he said, and suspended all Guantánamo case work while he considered his options.

Colonel Zimmerman also said that he had the prerogative to reject the fellowship, which starts in the summer, and stay on the case.

Instead, he said he chose to quit the case because “under the totality of the circumstances, the fact that the F.B.I. will likely have a significant role in this case raises the prospect that an average citizen could, knowing all of the facts, reasonably question my impartiality.”

The colonel also canceled the next hearing in the case, scheduled for Jan. 4 to 7, which was to address, in part, potential reconsideration of rulings by a previous judge who sought employment at the Justice Department while presiding in the case but had not disclosed it.

Defense lawyers in the case on Monday called on Colonel Zimmerman to quit and to vacate rulings he had made since being assigned to the case in September 2020. He rejected that portion of the request, saying he would still be paid by the Marine Corps while assigned to “any external agency” and did not seek employment at the F.B.I.

In 2014, when Mr. Hadi was arraigned, the case was expected to be one of Guantánamo’s more straightforward battlefield cases and go more swiftly to trial than the joint death-penalty trial of five men who are accused of plotting the Sept. 11 attacks. That case has been mired in pretrial proceedings for nearly a decade.

For starters, it is a noncapital prosecution, meaning the defense team for Mr. Hadi, who says his true name is Nashwan al-Tamir, was entitled to fewer resources and possibly less evidence. In addition, the C.I.A. held him from his capture in Turkey in 2006 to his transfer to Guantánamo Bay in April 2007, a shorter time incommunicado than most of the prison’s other high-value detainees.

But the case still has no trial date and is in pretrial proceedings, in part because of health issues. All public hearings were postponed during the first 500 or so days of the pandemic. Colonel Zimmerman presided remotely in some classified sessions during that time, and he presided in his first public hearing at Guantánamo Bay in July.

Before that, the prisoner underwent a series of emergency surgeries in less than a year, starting in 2017, after guards discovered him incontinent and suffering paralysis in his cell. The Pentagon rushed a neurosurgical team to the base before Hurricane Irma this summer for the first of five spine surgeries in nine months.

The prosecution has cast a spotlight on the challenges of providing complex medical care for the prison’s aging detainees.

Congress forbids the transfer of detainees to the United States for health care or any other reason, so specialists and surgical equipment were repeatedly airlifted to the base. Defense lawyers uncovered an email from a doctor at Guantánamo in October 2017 recommending that one of Mr. Hadi’s surgeries had failed, and that he should have an operation at a Navy hospital in the United States.

Since the surgeries, Mr. Hadi has used a wheelchair, walker and hospital bed in court. In 2019, the Defense Department shipped a jumbo, wheelchair-accessible holding cell to the court compound, Camp Justice, so that he could spend nights there rather than risk pain in a bumpy daily commute from prison.

Lawyers reported this year that Mr. Hadi had suffered paralysis in his prison cell and was attended to by other former C.I.A. prisoners.