Apple Pushes Return to Office Date Back to T.B.D. 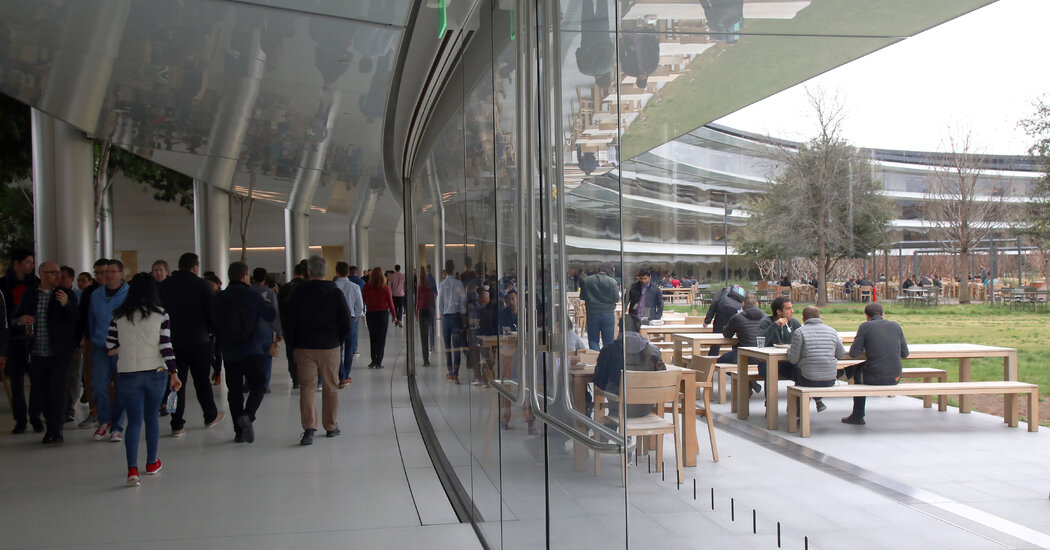 Apple, which had already delayed its employees’ return to physical offices from September to October to January to February, has a new timeline: to be determined.

Tim Cook, Apple’s chief executive, told employees in a message viewed by The New York Times on Wednesday that the company was delaying a return to hybrid work “to a date yet to be determined.”

He said the decision was made because of the surge of the coronavirus around the world, fueled by the contagious Omicron variant. Mr. Cook also said the company would provide an additional $1,000 to each employee to help furnish home offices.

The company confirmed the postponement but declined to comment further.

The news came on the heels of Apple’s temporarily closing three retail stores, in Miami, Annapolis, Md., and Ottawa, amid a spike of positive tests and exposure among employees at those stores.

Unlike other big tech companies like Facebook, which has allowed employees to request to work from home permanently, Apple has maintained that it wants its workers to return to the office at least part-time when it is safe to do so. That has led to conflict with some of its workers, who fought this plan over the summer, a clash that evolved into AppleToo, a broader activist movement at the company.

With its new indefinite timeline, Apple joins a growing list of companies that have bowed to the unpredictable ebbs and flows of the pandemic by scrapping specific return dates.