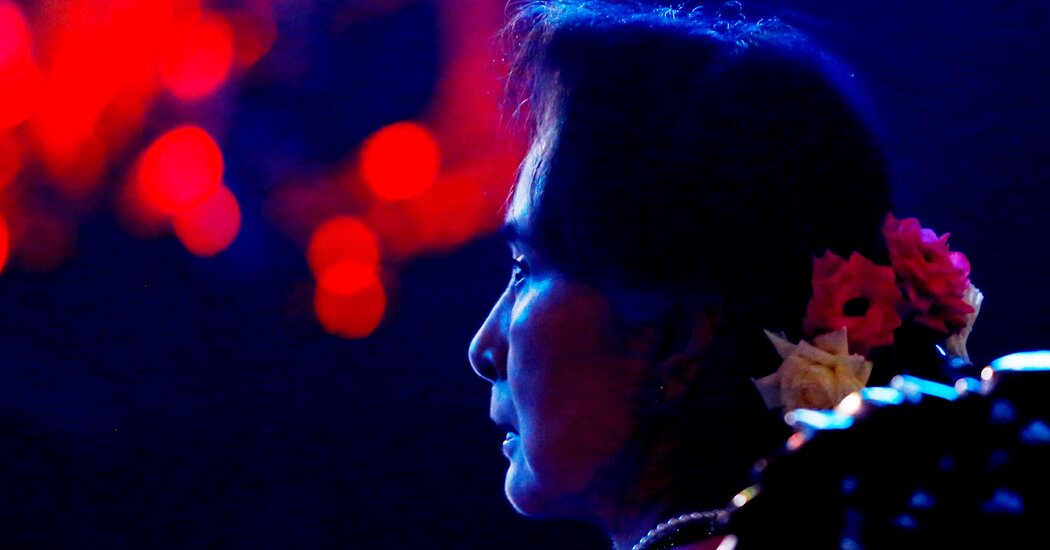 When a court in Myanmar on Monday sentenced Daw Aung San Suu Kyi to four years in custody, it closed a chapter on an era of weak and compromised democracy in a Southeast Asian nation long ruled by a military fist.

But already, a new democratic movement has emerged — younger, more progressive, more confrontational and ready to look beyond Ms. Aung San Suu Kyi for a guiding light. Hope now rests with an immensely popular shadow government that formed after Ms. Aung San Suu Kyi, Myanmar’s civilian leader, was detained by the military in a Feb. 1 coup.

The challenges are immense for this new group of leaders, known as the National Unity Government, many of whom are forced to operate from exile.

The junta is unlikely to be dislodged without unimaginable bloodshed. It and thousands of protesters, some of whom have taken up arms, are locked in a violent stalemate, prompting a top U.N. official to warn of an “alarming possibility of an escalating civil war.” No foreign nation has recognized the shadow government, although its representatives have met with senior U.S. officials, including the national security adviser, Jake Sullivan.

What is clear, however, is that politics in Myanmar have been reshaped. The self-proclaimed government has reach throughout society. With the help of the protest movement, it operates underground schools, clinics and hospitals. When it announced last month that it would sell “bonds” to fund its revolution, it raised $6.3 million in one day. In September, it called for a “people’s war” against the junta, prompting thousands of protesters known as the People’s Defense Forces to prepare for armed conflict.

“The landscape has completely changed,” said Khin Ohmar, a veteran democracy activist based in Virginia who runs a human rights organization in Myanmar. “The mainstream politics, the actors, the people’s political awareness — it’s all very different.”

Ms. Aung San Suu Kyi still has legions of devoted followers in Myanmar, who decry the military’s treatment of her. After her sentencing on Monday to four years on charges of inciting public unrest and breaching Covid-19 protocols, she is facing a further series of verdicts that could keep her locked up for the rest of her life.

But there is a deeper recognition now that her government let down many people, including ethnic minorities and rights activists.

Ms. Aung San Suu Kyi’s vision of democracy, both by circumstance and by choice, was constricted. Most of the ministers she appointed came from the Bamar ethnic majority; and nearly all of them belonged to her party, the National League of Democracy, or were people who supported the N.L.D. When she headed the civilian government, she named only one woman to the cabinet — herself.

The National Unity Government has assembled a more diverse leadership, appointing members of ethnic minorities to top positions. It has ensured that about one-third of its ministers come from groups other than the Bamar majority, and from parties other than the National League of Democracy. Nine of the 37 cabinet ministers are women.

In June, the unity government said that Rohingya Muslims should be given equal rights, in stark contrast to Ms. Aung San Suu Kyi. She repeatedly refused to criticize the army’s campaign of ethnic cleansing against the Rohingya in 2017, when thousands were killed and more than 700,000 were driven across the border to Bangladesh. In 2019, she defended the army’s brutal conduct at The Hague, prompting calls for her to return the Nobel Peace Prize she was awarded in 1991.

The unity government has also proposed federalism as a way to reach out to the country’s ethnic groups. It announced that, if it took power, it would repeal the 2008 Constitution, which gives the military authority to block any constitutional change that could undermine its power.

“I think a lot of the dynamics and a lot of the story has moved beyond Aung San Suu Kyi,” said Richard Horsey, a senior adviser on Myanmar for the International Crisis Group. “It’s not because she’s no longer loved and respected. It’s just that she’s been silenced, and a lot of things have happened without her and have taken on a life of their own.”

The National Unity Government lists Ms. Aung San Suu Kyi as one of its top leaders and has retained her title of state counselor. But it has also signaled a desire to move away from the model of concentrated power she employed as head of the civilian half of the government for five years.

The unity government says it will seek a broader consensus and take advice from a political body called the National Unity Consultative Council, which is made up of lawmakers from several political parties, ethnic armed organizations, civil society and people belonging to the broad-based protest movement.

“Our organization will not be led by a single person,” Min Ko Naing, of the activist group 88 Generation Peace and Open Society, said at a news conference last month to unveil the consultative council. “It will be more like a collective leadership.”

Ms. Aung San Suu Kyi has been held incommunicado in a house in Naypidaw, the capital of Myanmar. One person who has spoken with her on several occasions since her arrest said that her legal team had kept her informed on major events and the steps being taken by the shadow government, but that she was in no position to offer advice or guidance.

Understanding the Chaos in Myanmar

Ms. Aung San Suu Kyi could face time in prison. She was detained by the junta and secretly put on trial. If convicted of all 11 charges against her, which include “inciting public unrest,” she could be sentenced to a maximum of 102 years in prison.

In private, she has expressed concern about the fate of the people and the brutality they have faced at the hands of the military. She was especially concerned that so many people had been killed and that so many young people were taking up arms.

U Moe Zaw Oo, the deputy foreign minister under the unity government, said he believed that if Ms. Aung San Suu Kyi were to be released, she would support the decisions that it was making while she was detained.

“There were times during her house arrest in the 1990s and 2000s when the N.L.D. had to make decisions in her absence,” said Mr. Moe Zaw Oo, who once served as an aide to her. “Later, when she was out, she respected those decisions and understood that decisions had to be made under certain circumstances. So, this time again, I believe she will accept what the remaining N.L.D. leaders had to do.”

But Thinzar Shunlei Yi, a 30-year-old rights activist in Myanmar, said the revolution did not need Ms. Aung San Suu Kyi anymore because she “has done her part.”

“We want to draft a new script for our country because the time has come,” she said. “Now this is the time for the younger generations and the ethnic leaders to take the leadership positions. Because the country is not just about one person. It’s about everyone.”

U Khin Zaw Win, director of the Tampadipa Institute, a policy advocacy organization based in Yangon, Myanmar’s most populous city, said none of the measures promised by the National Unity Government would have happened under “the shadow of Aung San Suu Kyi.”

He pointed out that she did not plan for a successor or bring new blood into the National League of Democracy, which he said was run like an “exclusive” club. Instead, she surrounded herself with advisers in their 70s and 80s.