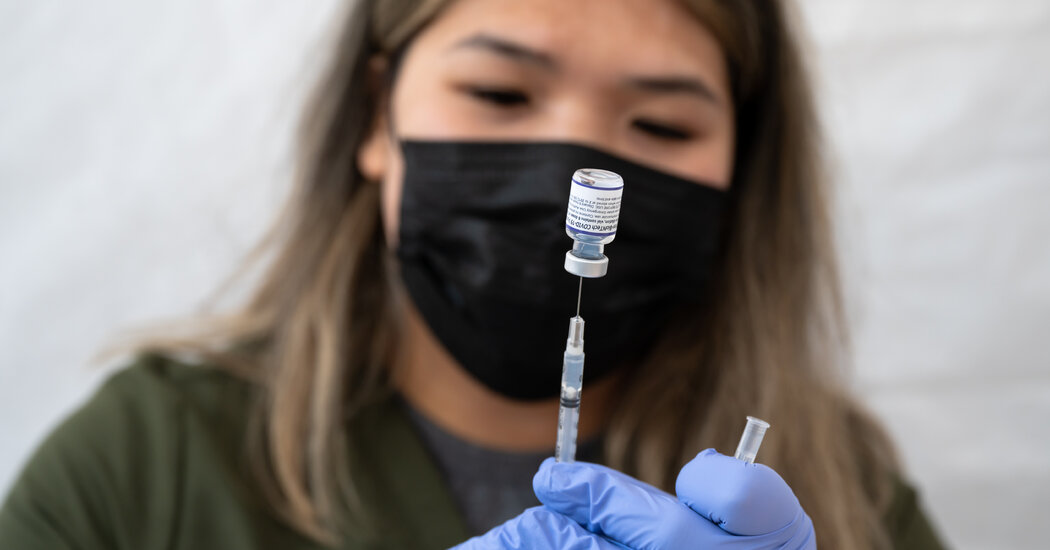 “The idea of making a business plan with two companies rather than a public health plan is disturbing to us,” said Dr. Joia Mukherjee, chief medical officer of Partners In Health, a global public health nonprofit. “We believe that Biden has the power, particularly with Moderna because so much of it was taxpayer funded, to demand the sharing of patents and know-how.”

Some activists, furious with what they regard as the administration’s slow progress, turned up at the home of Ron Klain, Mr. Biden’s chief of staff, in September and deposited a fake mountain of bones on the sidewalk in protest. Another group protested outside Mr. Zients’s home on Wednesday morning.

Addressing criticism that the Biden plan is not focused on building capacity overseas, Dr. Kessler said that domestic manufacturing “is important not only for the U.S. supply, but for global supply.”

At the same time, partnering with big drug makers offers no guarantees. Mr. Biden announced earlier this year that he had brokered a deal with Merck & Co., the pharmaceutical giant, to manufacture Johnson & Johnson’s vaccine, including for other countries. Officials hailed the partnership as historic, saying it fit in with the president’s vision of a manufacturing campaign like the one Franklin D. Roosevelt spearheaded to produce supplies for World War II.

But the Merck deal has not panned out as expected. Administration officials initially hoped Merck would begin producing the vaccine’s key ingredient by the end of this year, but that will not happen until April, Dr. Kessler said.

Congress put a total of $16.05 billion in the American Rescue Plan this year, in two separate tranches, that could be used to procure and manufacture treatments, vaccines and other tools for ending the pandemic.

But in an analysis released this summer, the AIDS advocacy group Prep4All found that all told, the administration had spent $145 million — just $12 million of it from the American Rescue Plan — to expand vaccine manufacturing. Most went to retrofitting Merck’s production lines.