Biden Bets Big on Continuity at the Fed 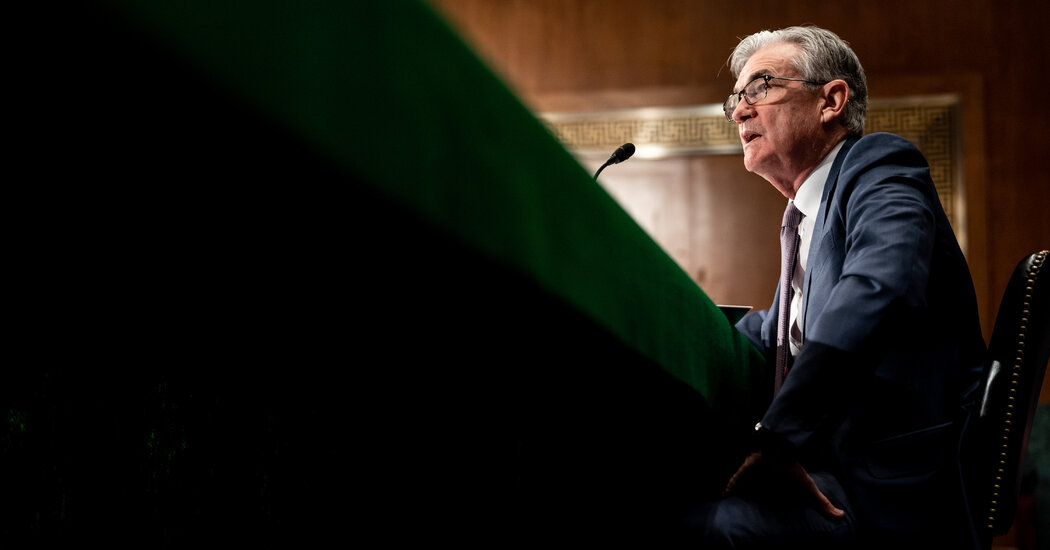 In the end, President Biden bet that the leaders of the Federal Reserve could finish what they started.

Jerome Powell, who will be reappointed Monday as head of the central bank, and Lael Brainard, a Fed governor newly nominated to be his No. 2, had steered the economy from the depths of the pandemic to its current place — a robust job market coupled with very high inflation. Mr. Biden’s bet is that they are best positioned to try to rein in the latter without undoing the former.

Another way to put it: Mr. Powell’s great second-term challenge is to try to undo some of the unpleasant side effects of his first-term actions without accidentally causing a recession.

The decision is not without risk for Mr. Biden. High inflation is walloping his approval ratings, and in polls Americans say they are deeply dissatisfied with the economy despite a low unemployment rate, a booming stock market and strong growth in wages. If Mr. Biden wanted to pivot to full “whip inflation now” mode, the clearest way to do it would be with his appointment power to the one entity of the U.S. government most explicitly charged with maintaining stable prices.

Instead of taking some abrupt turn, the president is entrusting Mr. Powell and Ms. Brainard — who has been a key player at the Fed throughout the pandemic economic response — to wean the economy from its diet of zero interest rates and other forms of monetary stimulus without starving it.

It is a bet that as seasoned central bankers who have credibility with markets, they will have more ability to thread that needle than fresh faces would.

If they move too gingerly in winding down this period of very cheap money, it could feed into the inflationary psychological dynamics that may already be setting in. In that cycle, high spending levels, rising consumer prices, and higher worker pay feed into a spiral that creates a lot of discontent without leaving anybody better off.

But if they were to accelerate the pace of interest rate cuts, there are opposite risks. It is easy for the Fed to break things when it raises interest rates, as the world saw most notably in late 2015 when a shift toward tighter money caused a steep pullback in heavy industry, agriculture and related fields. Many financial markets look bubblier now than they did then, and it is anybody’s guess what might happen to stocks and countless other risky assets if the second-term Powell Fed tilted toward tighter money.

The economic recovery, while robust so far, may not be firmly entrenched. The unemployment rate is low at 4.6 percent, but that masks millions of people who have dropped out of the labor force. And it remains uncertain how many of them will return as the effects of the pandemic fade.

Mr. Powell and Ms. Brainard have spoken repeatedly of the importance of keeping an open mind on how strong the labor market can get, and of the human costs of pre-emptively cutting off a jobs recovery. They will be loath to take any action that might stop further healing in the job market.

It is Mr. Powell’s focus on achieving as strong a job market as possible that probably secured his renomination, against the wishes of many progressives. While acknowledging his commitment to full employment, many on the left — and at least three Democratic senators — had wanted a candidate with a more agreeable philosophy on regulating the financial system and using the Fed’s powers to try to fight climate change.

So what did Mr. Biden gain with his choice for continuity in the top two jobs at the central bank, a move that has disappointed key allies on the left?

Mr. Powell and Ms. Brainard are known quantities. Now, a newly minted central banker won’t have to face the typical bumps that come with starting in the world’s most important economic policy job. Mr. Powell and his predecessors Janet Yellen and Ben Bernanke each had difficult communications miscues in their early months.

The decision to reappoint Mr. Powell, a Republican and former private equity executive who was named to lead the Fed by President Trump, is also a mild gesture of bipartisanship. His Senate confirmation should be a notch easier than alternatives. This is assuming enough Republican senators vote to confirm him to make up for defections on the left, including those telegraphed by Senators Elizabeth Warren, Jeff Merkley and Sheldon Whitehouse.

Notably, Mr. Biden did not accompany his nominations of Mr. Powell and Ms. Brainard with two other key Fed nominations: for a vice-chair for supervision or an open governor’s seat. The president will come under intense pressure from the left to use those vacancies to include candidates with a more aggressive regulatory bent and to add racial diversity to the seven-member Board of Governors. (All six current members are white.)

None of that changes the basic discomfort in which the Powell Fed now finds itself.

Inflation, for now at least, is far above the Fed’s 2 percent target, and the job market is strengthening rapidly. Yet its monetary policies look like those from 2014, when the labor market was limping along and inflation was below the Fed’s goals.

Can Mr. Powell bring down inflation without breaking the economy? Mr. Biden is betting the answer is yes, and the success of his presidency may depend on it.