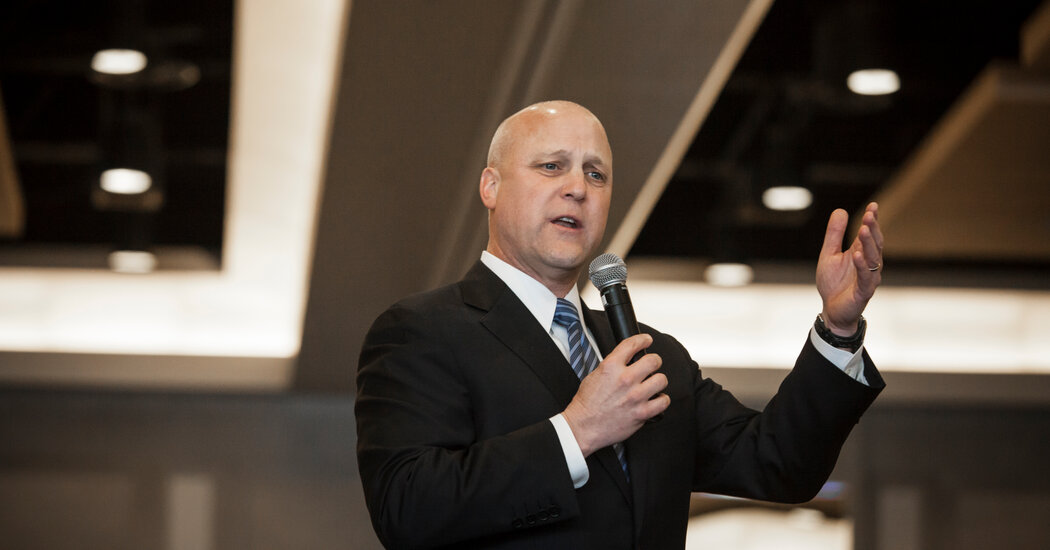 WASHINGTON — President Biden on Sunday night named Mitch Landrieu, a former mayor of New Orleans and a former lieutenant governor of Louisiana, to oversee $1 trillion in infrastructure spending from the bipartisan legislation that the president will sign into law on Monday.

As a senior adviser to Mr. Biden with the title of infrastructure coordinator, Mr. Landrieu will supervise funds for upgrading roads, bridges, pipes and broadband internet as the federal government distributes the money to states over the next several years, the White House said in a statement.

“In this role, Landrieu will oversee the most significant and comprehensive investments in American infrastructure in generations — work that independent experts verify will create millions of high-paying, union jobs while boosting our economic competitiveness in the world, strengthening our supply chains and acting against inflation for the long term,” the statement said.

The role is similar to the one that Mr. Biden carried out as vice president during the first year of the Obama administration: He oversaw spending from the 2009 Recovery Act, which included $787 billion intended to stimulate the economy after the previous year’s collapse.

Mr. Biden told reporters last week that he believed it was important for someone to make sure that taxpayer money is not wasted.

“I made it a point every day to stay on top of how exactly the money was spent, what projects were being built, what projects were not being built and how it was functioning,” he said, adding: “We owe it to the American people to make sure the money in this infrastructure plan and the Build Back Better plan — which, God willing, we’re going to be able to still finish — will be able to be used for purposes it was intended.”

In a statement distributed by the White House on Sunday, Mr. Landrieu pledged to work with elected officials and private companies to ensure that the money appropriated by Congress was well spent.

“Our work will require strong partnerships across the government and with state and local leaders, business and labor to create good-paying jobs and rebuild America for the middle class,” he said. “We will also ensure these major investments achieve the president’s goals of combating climate change and advancing equity.”

Senator Bill Cassidy, Republican of Louisiana, said in a statement that Mr. Landrieu was the right choice to oversee the infrastructure spending, referring to the legislation by an acronym for its full title, the Infrastructure Investment and Jobs Act.

“Mitch Landrieu knows firsthand the devastation Hurricane Katrina caused on the Gulf Coast,” Mr. Cassidy said, “and in turn, this devastation shows the importance, for Louisiana and the United States, of the investments the I.I.J.A. makes in coastal restoration.”