Boebert Reaches Out to Omar After Incendiary Video, Escalating a Feud 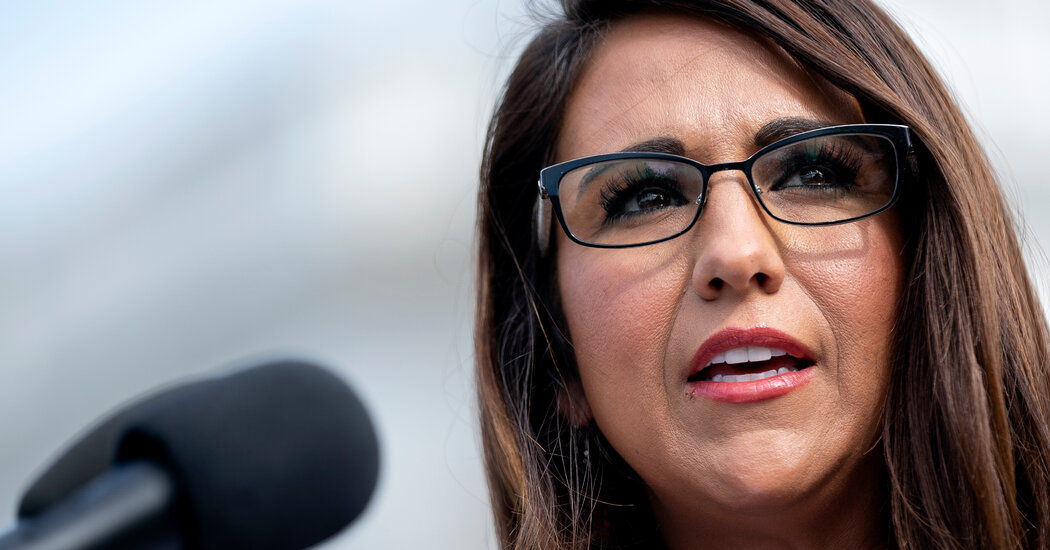 WASHINGTON — Some gulfs are too wide to bridge, but it appeared at first as if Representative Lauren Boebert, the far-right Republican from Colorado, was trying to do so on Monday when she reached out to Representative Ilhan Omar, the progressive Democrat from Minnesota.

Ms. Boebert, a freshman who has built her brief political career on incendiary comments and right-wing provocations, angered Democrats over the Thanksgiving break when a video surfaced of her suggesting that Ms. Omar, a Muslim who wears a hijab, could be a suicide bomber, and bragging to constituents about confronting Ms. Omar on an elevator with an Islamophobic epithet.

On Monday, Ms. Boebert reached out to Ms. Omar, ostensibly to apologize. It did not go well.

Ms. Omar has said the elevator incident never happened, but the two lawmakers’ accounts of Monday’s phone call do not differ much, down to Ms. Omar abruptly hanging up on Ms. Boebert. Both came away doubly aggrieved — Ms. Omar calling the apology woefully inadequate and Ms. Boebert proclaiming herself a victim of a hypersensitive political culture.

“Instead of apologizing for her Islamophobic comments and fabricated lies, Representative Boebert refused to publicly acknowledge her hurtful and dangerous comments,” Ms. Omar said in a statement after the brief call. “She instead doubled down on her rhetoric, and I decided to end the unproductive call.”

Specifically, Ms. Boebert called to tell her adversary that she was a “strong Christian woman” and had erred when she attacked Ms. Omar on her Muslim faith instead of on the issues that divide them, said Ben Stout, Ms. Boebert’s press secretary. She said she should not have recounted to supporters how she brushed aside a Capitol Police officer’s apparent worry about her sharing an elevator with Ms. Omar after noticing that the Democratic congresswoman was not wearing a backpack, nor should she have called her a member of the “jihad squad.”

The two women have their fans and detractors, but they could not be more different. Ms. Omar, a Somali refugee and a leader of the House Progressive Caucus, represents a diverse and liberal district that includes most of Minneapolis and its near-in suburbs. Ms. Boebert, the owner of Shooters Grill in Rifle, Colo., which she reopened during the pandemic against state orders and where servers are encouraged to carry guns, unseated a five-term Republican in 2020 by running far to his right in a largely rural mountain district.

Ms. Omar has had her run-ins with Jewish members of Congress, including Democrats, who saw her criticism of Israel as swerving into antisemitic tropes. Many Democrats have distanced themselves from the “defund the police” movement that Ms. Omar has embraced.

But Democrats are not about to allow Ms. Boebert to lecture them on probity, not after she embraced the lie that the 2020 election was rigged and tweeted information about Speaker Nancy Pelosi’s whereabouts during the Jan. 6 attack on the Capitol. Her vow to bring guns onto the House floor prompted Democratic leaders to install metal detectors at the entrances — a constant reminder of the ill will that separates the parties.

The entire House Democratic leadership released a joint statement on Friday calling out Ms. Boebert’s “racism” and the Republican leadership’s “repeated failure to condemn inflammatory and bigoted rhetoric from members of their conference.”

But after censuring Representative Paul Gosar, Republican of Arizona, and stripping him of his committee assignments for posting a doctored video depicting him slashing the neck of a Democratic House member, and kicking Representative Marjorie Taylor Greene, Republican of Georgia, off her committees for social media posts calling for violence against Democrats, House leaders were not rushing to punish Ms. Boebert.

And Ms. Boebert, sensing political opportunity, was not about to back down.

“Rejecting an apology and hanging up on someone is cancel culture 101 and a pillar of the Democrat Party,” she said in her video statement.