‘Brown Girls,’ a Daring Debut That Follows Its Characters Through Life and Beyond 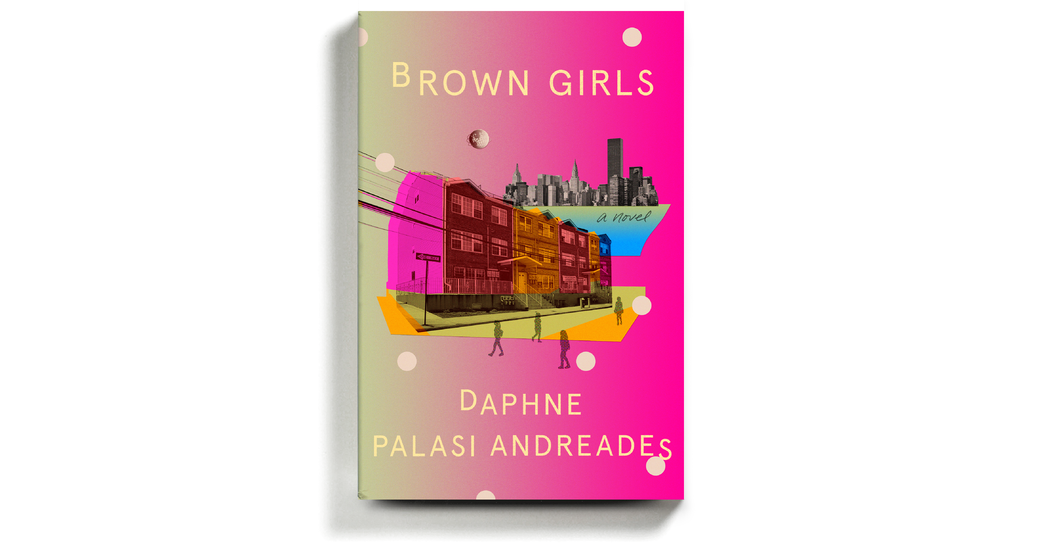 Andreades follows her cohort into their careers, their marriages, affairs and divorces, and into old age. Along the way a lot of subjects are turned over for examination. Like a DJ, the author picks up the needle and puts it back down in unexpected places.

In “Brown Girls,” nostalgia is complicated. The women go back to Queens to visit, and a landslide of memories rush in: “This is where I chased an ice cream truck for five freaking blocks, says Edel”; “Lisa confesses, I ran away from my mom on a day like this”; “At this intersection, says Dee, I saw a girl get run over by a bus.”

For a lot of them, for a thousand psycho-sociological reasons, going home is impossible.

Andreades’s writing has economy and freshness. “Brown Girls” reads as much like poetry as it does like a novel, which is another way of saying: Don’t arrive here expecting a good deal of plot.

The chapters are short, ramekin-size. The novel always seems to be stopping and starting over, the way Janet Malcolm did in “Forty-One False Starts,” her New Yorker profile of the painter David Salle.

This quality can relieve Andreades of doing the hard work of exploring character, or ideas, in real depth.

Some of these brown girls marry white boys, and they’re conflicted about it. In bars, later in life, they stare at brown men. “Write our numbers on napkins. Leave, trembling.”

Virginia Woolf referred to death as “the one experience I shall never describe.” Andreades follows her characters right into the afterlife. We slide down behind them, as if on a chute.

Death! It tastes like feces, she writes, and also like “water purified by gravel in the Loire.” It’s somehow in keeping with this fearless novel that tasting notes are provided.