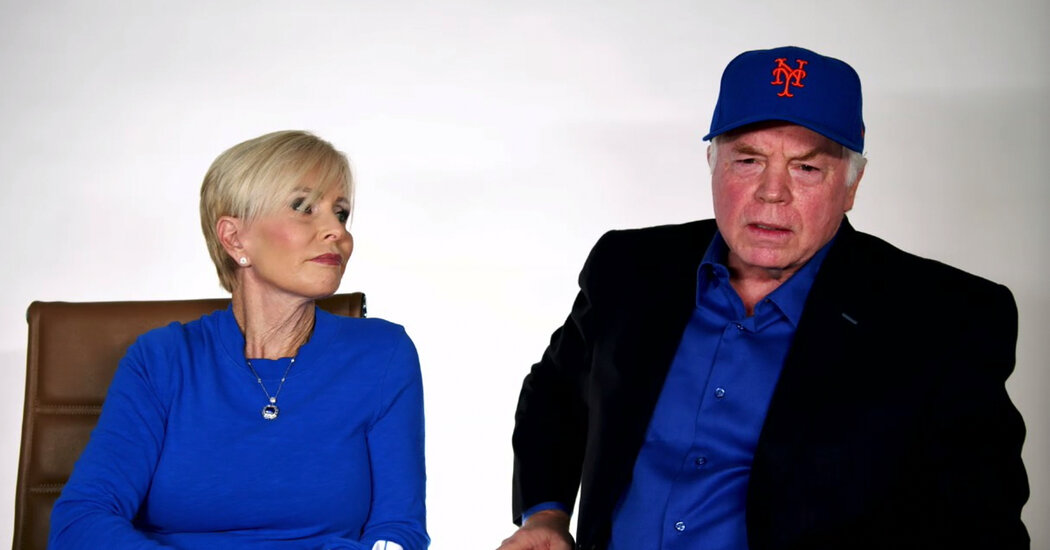 In most any other year, Buck Showalter’s first order of business upon taking over a new team would be to call players and fire off text messages. In baseball’s off-season, that is the easiest way to start getting to know players before spring training starts in mid-February.

But with the sport frozen because of a labor dispute in which Major League Baseball locked out the players, Showalter is not permitted to be in contact with players, nor are any club officials on any team. But that doesn’t mean that Showalter, the most experienced Mets manager in some time, hasn’t already started planning for next season.

During an introductory video news conference with the Mets on Tuesday afternoon, Showalter said he has been talking to his pitching coach, Jeremy Hefner, about the possibility of an abbreviated spring training should the lockout bleed into the scheduled baseball calendar.

“We have to prepare for the what-ifs of a short spring training, and that’s going to be a challenge,” said Showalter, who managed the crosstown Yankees during the 1994-95 players’ strike, which ended the 1994 season early and delayed the start of the 1995 season.

“The communication part of it, that will catch up very quickly,” he continued. “The onus is on us to get that done. I want to make the players’ path as easy as possible. But getting a team ready and a potential short spring training, shame on us if we’re not prepared for that when it happens.

“Usually with the normal spring training, you’ve got a buffer period where you know if you have a setback with a spring training arm or leg or whatever — a sore shoulder — you’ve got time for that to come back and make the start of the season,” he added. “But if you shorten up the spring, that buffer or safety net is not going to be there.”

Showalter, 65, spoke for nearly an hour on Tuesday and it was clear that he has plenty of insight and ideas about how to run a team. He has managed over 3,000 major league games for four franchises — the Yankees, the Arizona Diamondbacks, the Texas Rangers and the Baltimore Orioles — and been named the American League Manager of the Year three times.

The Mets, however, present a new challenge.

Showalter joins a franchise that has had its share of turnover, losing and problems in recent years. But a new era might be dawning on the Mets: They have the richest majority owner in the sport (Steven A. Cohen), a new general manager (Billy Eppler), $255 million in new talent that was added this off-season (pitcher Max Scherzer, infielder Eduardo Escobar and outfielders Starling Marte and Mark Canha), and they currently sport the highest payroll in M.L.B. All of that comes with an expectation from Cohen that they will compete for a World Series title.

“Steve continues to eliminate excuses for things that we might have for things we can’t do,” Showalter said. He added later about his task at hand: “Not a lot of lip service. It’s kind of a ‘show me’ situation.”

His job description with the Mets, Showalter said, “isn’t to be competitive or try to win more games than you lose — it’s to be the last team standing.” And the intention is not to win the World Series just once, he added.

A World Series title, though, has been missing from Showalter’s résumé, in addition to a league pennant. Only Houston Astros Manager Dusty Baker (1,987 victories) and Gene Mauch (who managed four clubs and had 1,902 wins) have won more games in major league history than Showalter (1,551) without claiming a World Series title.

“It’s not something that is going to define my life, but I can tell you this: It does wake me up every day now,” he said.

After his nine-year tenure with the Orioles ended in 2018 with a 115-loss season as the roster rebuilding began, Showalter worked for MLB Network and the YES Network as a television analyst. He interviewed for managerial jobs — such as the Los Angeles Angels’ vacancy that went to Joe Maddon when Eppler was their G.M. — but he didn’t land a new one until now. In those three years away from the dugout, baseball has changed in numerous ways, from the further involvement of front offices to the strategies employed in games, such as the use of openers to begin games rather than traditional starting pitchers.

To get a sense for what to expect, Showalter said he picked the brains of the longtime managers Tony La Russa of the Chicago White Sox, Maddon and Baker, two of whom had absences from the dugout before returning.

“It’s not like I’ve been out for 10 years,” Showalter said. “I’ve been pretty connected through television because I’m responsible for 30 teams instead of one. But I’m anxious to see. I’m going to go into it with an open mind. I do think you have to do certain things the same, as far as the things that allow you to win a baseball game. It’s a 90-foot-increment game.”

Showalter said he was looking forward to working with the Mets’ analytics department, which has been significantly beefed up under Cohen. Although Showalter came up in an era when it wasn’t so prevalent, he explained that he had always embraced data and crunched numbers himself. With the Orioles, for example, they used defensive shifts but he said there simply wasn’t much funding for an analytics department. He pointed to his wife, who flanked him during the news conference and also wore Mets blue like him, as proof of his analytics credentials.

“Angela used to do charts for me in the Florida State League about where guys would hit the ball,” Showalter said of his time as a minor league manager.

He added later: “If somebody thinks that I’m going to go back to the hotel or the house and think that maybe we got beat because someone else had better or used information better than we did or analytics, you don’t know me very well. I have always been very spongeful with information to a fault. And just like everybody else, I don’t have a corner on it. There’s a lot of smart people in this game.”

Sandy Alderson, the Mets’ president, said Showalter came “as close to anybody in baseball possibly can” to earning a 10 out of 10 score for this job. When Alderson was the general manager of the Oakland Athletics, he said he tried to hire Showalter as his team’s manager before Showalter opted for the expansion franchise Diamondbacks in 1998.

During his news conference, Showalter also talked about the need for accountability and good clubhouse culture (“there’s no place like it when you get it right”), the joy of playing in the big market of New York (“people are really living and dying with everything you do out there, and it’s fun doing it, but some people run from it”) and how much he liked the off-season moves by Cohen, Alderson and Eppler.

At one point, Showalter named Marte and Escobar as examples of good additions to the Mets. Team officials are not supposed to discuss players publicly during the lockout. Showalter then quickly corrected himself.

“I almost got there,” he said with a chuckle. “That’s the first time I messed up, right?”