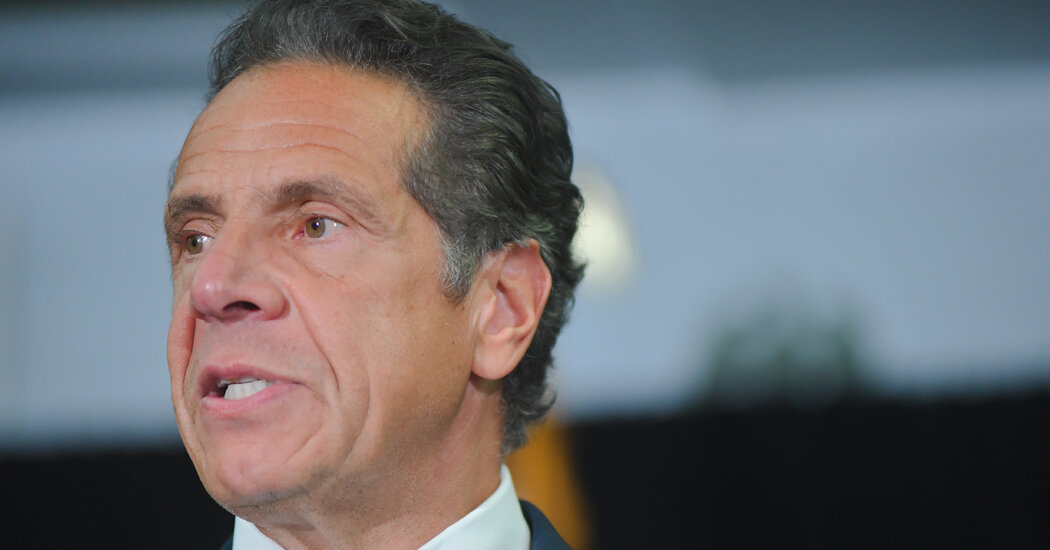 On a Saturday in March 2020, as Covid-19 was invading the United States, Gov. Andrew M. Cuomo went on CNN for a live interview. Among other topics, he was asked about a possible government-enforced quarantine of New York that had been floated by President Donald J. Trump.

It was a newsworthy topic, but its path onto viewers’ screens would turn out to be controversial — and highly consequential for the future of one of the world’s most powerful news networks.

Before the interview, Governor Cuomo had told a senior CNN executive, Allison Gollust, about subjects that he’d like to be asked about on air, according to several people familiar with the matter. Ms. Gollust, CNN’s longtime chief of communications and marketing and a former top aide of the governor, passed along the topics to CNN producers and then reported back to the governor.

On Tuesday, Ms. Gollust was forced to resign from CNN after an internal investigation found a trove of written communications between her and Governor Cuomo, including messages about the March 2020 appearance, the people said. Jeff Zucker, who at the time was CNN’s president, was aware of many of the communications between Ms. Gollust and the governor, the people said.

The episode is the latest example of how closely entwined CNN’s leadership was with one of the country’s most prominent Democratic politicians.

Producers and bookers for television news shows routinely talk with guests before their scheduled appearances and discuss questions and topics that are likely to come up on air. It is unusual, though, for a senior executive to be involved in that pre-interview process — especially when that executive previously worked for the person who’s being interviewed.

Risa Heller, a spokeswoman for Ms. Gollust, said the communications with the governor were appropriate. Ms. Gollust “in no way suggested that inclusion of these topics was a condition of the interview, nor did she suggest the interview should be limited to these subjects,” Ms. Heller said.

She added: “WarnerMedia relying on this everyday practice as justification for dismissing Allison demonstrates how ignorant they are of journalistic practices, and further proves that her dismissal is nothing more than retaliation.”

CNN, whose slogan is “the most trusted name in news,” is facing mounting questions about how its senior executives and its top-rated anchor — Chris Cuomo, the governor’s younger brother — steered coverage of Governor Cuomo, who resigned last summer.

In a memo to employees this week, Jason Kilar, the chief executive of WarnerMedia, which is CNN’s parent company, wrote that Ms. Gollust was resigning after the internal investigation found unspecified “violations of company policies, including CNN’s news standards and practices,” by her, Mr. Zucker and Chris Cuomo.

Her resignation was the latest blow to CNN, which was already reeling in the wake of Mr. Zucker’s abrupt ouster two weeks earlier. Mr. Zucker said he was leaving because he had failed to disclose a romantic relationship with Ms. Gollust.

The internal review, conducted by the law firm of Cravath Swaine & Moore, began last fall with an examination of allegations of workplace misconduct against Chris Cuomo.

Mr. Zucker fired Mr. Cuomo in December, days after the network received a letter claiming that Mr. Cuomo had years earlier sexually assaulted a woman and that he later offered to air a flattering CNN segment about her employer. The woman perceived that as an effort to buy her silence. Mr. Cuomo has denied the allegations.

Mr. Cuomo also came under fire for having closely advised his brother on how to fend off a sexual misconduct scandal that ultimately forced the governor to resign.

After Mr. Cuomo’s departure from CNN, the Cravath review took on a life of its own, and it quickly upended the news network.

Investigators learned that Mr. Zucker and Ms. Gollust, who had worked closely together on and off for more than two decades, were having a romantic affair that had not been disclosed to human resources or other executives at WarnerMedia.

The Cravath investigators also uncovered extensive written communications between Governor Cuomo and Ms. Gollust, who had briefly worked for the governor in late 2012 and early 2013, the people said.

It wasn’t clear what all of those communications were about.

But investigators found messages during the pandemic in which Governor Cuomo informed Ms. Gollust about three specific subjects that he wanted to be covered during a March 28, 2020, appearance at CNN, the people said.

They said those topics included his recent phone conversation with Mr. Trump and the effect of New York’s being placed under lockdown.

Ms. Gollust then sent messages to CNN staff requesting that the governor be asked about those subjects.

The Cravath lawyers reviewed broadcast transcripts that showed that the anchor asked about the subjects that Ms. Gollust had put forward, the people said.

Ms. Heller, the spokeswoman for Ms. Gollust, said that Ms. Gollust “acted as the principal booker for Governor Cuomo during the early days of the pandemic” and that her role was “well known by the entire network.”

It was unclear whether Mr. Zucker knew that Ms. Gollust passed on Governor Cuomo’s request about interview topics.

A spokesman for WarnerMedia referred The New York Times to the memo that the company sent to employees on Tuesday night.

The back-to-back exits of Mr. Zucker and Ms. Gollust have raised questions about the future direction of CNN.

WarnerMedia, which is owned by AT&T, is set to be spun off and merged with Discovery Inc. in the coming months.

WarnerMedia has tried to keep a lid on the internal drama, initially remaining tight-lipped about the circumstances of Mr. Zucker’s departure and then issuing a short, vaguely worded memo on Tuesday night about Ms. Gollust’s departure and unspecified journalistic lapses.

Even in conversations with CNN staff, executives and newsroom leaders have been mostly mum, to the mounting frustration of the network’s journalists and other employees.

In a pair of Zoom meetings on Wednesday with CNN employees, Michael Bass and Ken Jautz, who stepped in as two of the network’s interim leaders after Mr. Zucker’s departure, said Ms. Gollust had committed serious violations of the network’s journalistic standards, four people who attended the virtual meetings said.

WarnerMedia’s top communications official, Christy Haubegger, also said in a staff meeting that Ms. Gollust’s transgressions had “to do with the Cuomos,” three people said.

When employees pressed for more details, Ms. Haubegger said she was barred from saying more.

“Actions were taken to defend the institution and the brand,” she said on the call.

Ms. Haubegger urged CNN’s public relations team to try to focus public attention on the network’s journalism, including its foreign correspondents in Ukraine covering that country’s brewing conflict with Russia.

The internal investigation’s findings are especially notable because CNN journalists have repeatedly attacked Fox News personalities like Sean Hannity for having an overly close relationship with Republican leaders, in particular Mr. Trump.

Mr. Trump, in turn, repeatedly accused CNN of being a mouthpiece for Democrats.