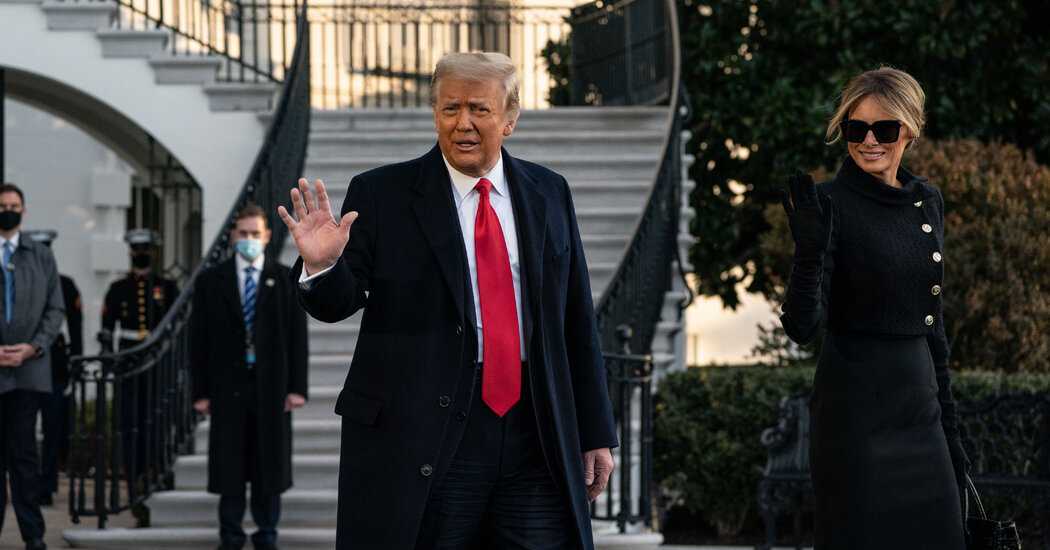 WASHINGTON — A federal appeals court should permit Congress to see White House records about former President Donald J. Trump and the Jan. 6 riot at the Capitol, lawyers for House Democrats and the Biden administration argued on Monday.

The case has raised novel executive privilege issues because President Biden has declined to invoke the privilege to block a subpoena from the House’s special oversight committee for the materials, saying that it is in the national interest for the panel to gain access to the information it is seeking. But Mr. Trump, as a former president, has invoked executive privilege and filed a lawsuit.

In a 69-page brief, lawyers for the House urged the United States Court of Appeals for the District of Columbia Circuit to permit the House committee investigating the riot to see the files without waiting for litigation over Mr. Trump’s privilege claim to be fully resolved.

They stressed that the constitutional privilege exists to protect the executive branch, not an individual person, and that the incumbent president had declined to assert the privilege in this case. The lawyers for the House called Mr. Trump’s assertion of executive privilege “unprecedented and deeply flawed” and said the judiciary should not permit it to interfere with the work of Congress.

“It is difficult to imagine a more critical subject for congressional investigation, and Mr. Trump’s arguments cannot overcome Congress’s pressing need,” the brief said. “Both political branches of government agree that these records should be disclosed to the select committee, and the district court’s denial of Mr. Trump’s request to preliminarily enjoin that action should be affirmed.”

The dispute centers on a subpoena issued by the Jan. 6 panel to the National Archives for files related to Mr. Trump’s movements and meetings during and leading up to the attack, when supporters of Mr. Trump overran the Capitol seeking to block Congress from formally certifying Mr. Biden’s election win.

Earlier this month, a Federal District Court judge in the District of Columbia, Tanya Chutkan, ruled that Congress’s constitutional oversight powers, backed by Mr. Biden, outweighed Mr. Trump’s residual secrecy powers, so the National Archives could proceed with its plan to turn over tranches of the files on a rolling basis.

Judge Chutkan declined a request by Mr. Trump’s lawyers to nevertheless block the agency from providing the files to Congress while they appealed her ruling. But a three-judge panel of the appeals court instituted a short-term hold. It has scheduled arguments for Nov. 30.

Both as president and now out of office, Mr. Trump has pursued a strategy of using the slow pace of litigation to run out the clock on congressional oversight efforts. In a brief last week, Jesse R. Binnall, a lawyer for Mr. Trump, argued that the appeals court should keep the hold in place while the issues are fully litigated.

“The stakes in this case are high,” Mr. Binnall wrote, adding that a decision to uphold Congress’s subpoena over Mr. Trump’s objections would set a precedent that would shift the balance between the legislative and executive branches.

“It is naïve to assume that the fallout will be limited to President Trump or the events of Jan. 6, 2021,” he wrote. “Every Congress will point to some unprecedented thing about ‘this president’ to justify a request for his presidential records. In these hyperpartisan times, Congress will increasingly and inevitably use this new weapon to perpetually harass its political rival.”

But in a separate 65-page brief filed on Monday, the Justice Department, which is representing the National Archives, also urged the appeals court panel to defer to Mr. Biden’s decision that the circumstances of the Jan. 6 attack were so extraordinary that they justified making an exception to the executive branch’s general interest in protecting the confidentiality of presidential records.

“The former president’s effort to dismiss that decision as driven by politics ignores the magnitude of the events of Jan. 6 and the overriding need for a national reckoning to ensure that nothing similar ever happens again,” it said.