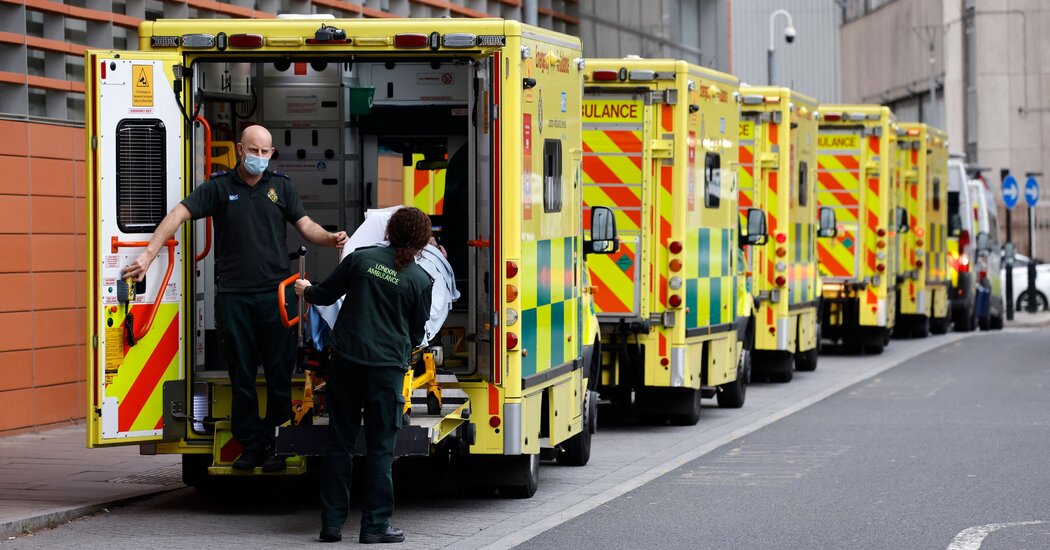 Even as President Biden on Tuesday outlined new plans for battling the highly contagious Omicron variant, public health experts warned that the measures would not be sufficient to prevent a rise in infections and hospitalizations over the next few weeks.

The administration’s strategy includes doubling down on vaccination campaigns and propping up hospitals as they confront a large influx of patients. Federal officials will direct resources, including Army doctors, to support health care systems and distribute rapid tests to Americans.

But Mr. Biden explicitly ruled out lockdowns and other harsh measures of the kind put in place as the pandemic first unfolded in early 2020. In interviews on Tuesday, some scientists argued that the variant’s rapid spread requires more vigorous mitigation measures.

Some expressed frustration and alarm about what they described as a timid public health response, and bemoaned the apparent lack of will among politicians and society at large for more aggressive steps.

The crisis is brewing just as Americans prepare to travel to holiday gatherings, college students return home for vacation, and young and old converge for New Year’s parties or set off on trips that may further spread the virus.

Federal health officials asked health care providers on Monday to advise their patients to conduct rapid home tests for Covid before holiday gatherings, and ask their guests to do the same. But while the tests are sold over the counter, prices start at $14 for a two-pack, and many stores are sold out.

And in sharp contrast with the advice given out last year, Mr. Biden encouraged people to gather and celebrate the holidays, so long as they were vaccinated and took standard precautions.

At the same time, he warned that the variant was spreading at unprecedented speed, and said there would be Omicron infections among the vaccinated, apparently resigned to the fact that even those who have received boosters may get infected with the highly contagious variant.

“I still can’t quite wrap my head around how quickly this is moving,” said Joseph Fauver, a genomic epidemiologist at the University of Nebraska Medical Center. “I think it’s going to be really bad. I don’t know how else to put it.”

It is not yet clear whether the variant causes milder illness than earlier variants. But there is a concern among some scientists that the notion has gained wide circulation and that the pandemic-weary public has let down its guard.

“This is an incredibly contagious pathogen, and we don’t know yet its impact on severity and death,” said Galit Alter, an immunologist and virologist affiliated with the Ragon Institute of Massachusetts General Hospital, M.I.T. and Harvard.

“We have to reestablish the importance and rigor of the first wave,” she added. “We are back in ‘flatten the curve’ mode.”