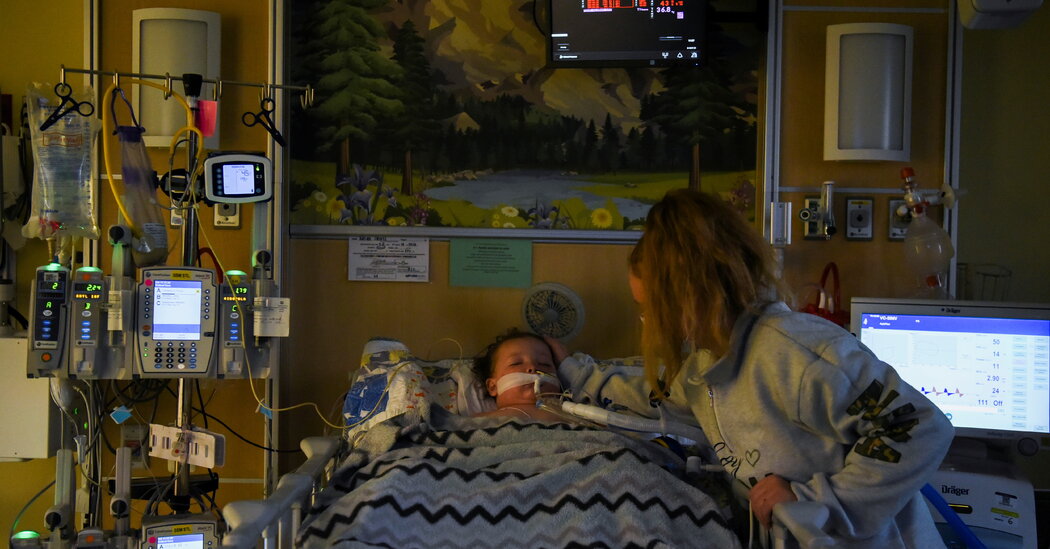 More than 200 million Americans — over 60 percent of the population — have been fully vaccinated against the coronavirus.

The United States crossed that milestone as the threat of the Omicron variant spurred a flurry of jabs in recent days, though the daily rate remains far below its peak in April. And the U.S. lags significantly behind several other countries, which have inoculated over 80 percent of their populations.

Providers are administering about 1.78 million doses per day on average, including first, second and additional doses, about a 47 percent decrease from the peak of 3.38 million reported on April 13, according to federal data.

The United States remains far behind not only developed countries like Singapore and Portugal, which will soon have vaccinated 90 percent of their populations, but developing nations like Cambodia (over 80 percent), according to Our World in Data.

Even before the arrival of Omicron, cases and hospitalizations were on the rise in the U.S. as the weather grew colder in much of the country and the highly contagious Delta variant remained a threat. Daily cases are averaging over 120,000 and more than 55,000 patients are hospitalized nationwide, far fewer than in September but an increase of more than 15 percent over the last two weeks. Hospitals have been overstretched from upstate New York to New Mexico.

The U.S. has been ahead of other countries in booster shots, which it authorized in September and October for many Americans. Then on Oct. 29, the Food and Drug Administration cleared the Pfizer vaccine for children ages 5 to 11.

The daily rate of Americans getting their shots had been steadily climbing since the government widened eligibility and has soared since Thanksgiving, when the Omicron variant was discovered. With dozens of mutations never before seen, Omicron was named a variant of concern by the World Health Organization.

Scientists have feared that the fast-spreading variant could evade the protection of vaccines. But on Wednesday, Pfizer and BioNTech said laboratory tests suggested that three doses of their coronavirus vaccine offered significant protection against Omicron. The lab experiments don’t indicate with any certainty how the vaccines will perform in the real world, and scientists say it could take a month or more to understand the new variant’s threat.

Many questions remain about Omicron.

There are early signs that it may cause only mild illness, though that observation was based mainly on cases in South Africa among young people, who are generally less likely to become severely ill from Covid. Dr. Rochelle Walensky, director of the Centers for Disease Control and Prevention, told The Associated Press on Wednesday that while the data is very limited, “the disease is mild” in almost all of the U.S. cases recorded so far. Reported symptoms have mainly been cough, congestion and fatigue and some cases have grown more severe over time, she said.

Scientists are also waiting to see whether cases lead to more hospitalizations and deaths; both lag surges in infections by days or weeks.

Broad mandates by President Biden that had helped boost vaccination rates have been put on hold by courts.

Americans who have resisted getting vaccinated can be grouped into two categories, as a New York Times report showed in July.

In one are those who are adamant in their refusal; they include a mix of people but tend to be disproportionately white, rural, evangelical Christian and politically conservative, surveys show.

In the other are those who are persuadable, but say they have been putting off vaccination or want to wait and see before making a decision; they are a broad range of people, but tend to be a more diverse and urban group, including many younger people, Black and Latino Americans, and Democrats.

It’s this second group that health officials have made progress in inoculating, but surveys suggest they account for less than half of all unvaccinated adults in the United States.