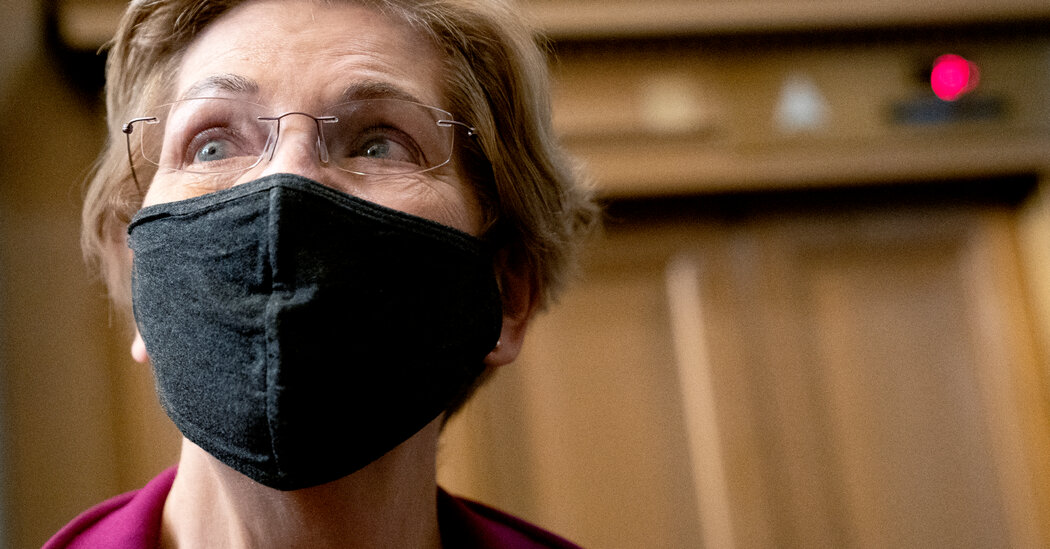 At least 70 of the largest companies in the United States would pay more in taxes under a new minimum tax that Democrats are proposing as a way to pay for the spending bill moving through Congress, according to an analysis being released on Thursday by Senator Elizabeth Warren, Democrat of Massachusetts.

The report offers a first look at which companies could face higher tax bills under the proposal, which calls for enacting a 15 percent minimum tax on companies that report more than $1 billion in profit to shareholders, even if they have zero federal tax liability. The plan is included as a source of revenue in a $1.85 trillion social policy and climate bill that President Biden is trying to push through Congress.

The new tax would apply to the so-called book income that companies report to their shareholders but not to the I.R.S. Many profitable companies are able to reduce or eliminate their tax liability through the use of tax credits, deductions and previous losses that can carry over.

The book tax aims to raise money from companies without increasing the 21 percent corporate tax rate. Mr. Biden originally pledged to raise the corporate tax rate to 28 percent, but moderate Democrats have resisted that proposal.

The report by Ms. Warren found that the tax would require companies such as Amazon, Facebook, FedEx, General Motors, Google, T-Mobile and Verizon to pay more to the United States government. A recent report by the Joint Committee on Taxation determined that the proposal would generate $319 billion over 10 years.

“Giant corporations have figured out how to game the system so that the costs of running this country are borne by hardworking families while these big corporations scoop up all of the profits and pay little or nothing in taxes,” Ms. Warren said in an interview. “It’s time to put a stop to that.”

Ms. Warren’s office used data compiled by the nonpartisan Institute on Taxation and Economic Policy on publicly traded companies in the Fortune 500 and S&P 500. The analysis considered “taxes paid” as a company’s current income tax expense, or how much they paid in U.S. federal taxes and foreign taxes in 2020.

The report also found that FedEx had a 7.2 percent effective tax rate and, if the new tax were in place, would have paid $518 million more in taxes in 2020. FedEx said that the analysis was “premature” and that it paid all of the taxes it owed.

“Until there are clear details on the calculation of this proposed corporate minimum tax, it is premature to assume or estimate how the tax would apply to specific companies,” Chris Allen, a spokesman for FedEx, said in a statement.

Opponents of the new tax have expressed concerns that it would give more control over the U.S. tax base to the Financial Accounting Standards Board, an independent organization that sets accounting rules.

The group also warned that, under the proposal, companies were likely to report smaller profits to their shareholders in order to lower their tax bills. They suggested that the idea of using book income as an alternative tax base is overly complex.

“It would be cleaner and simpler to just fix the tax code if there are perceived problems with the tax system,” they wrote.