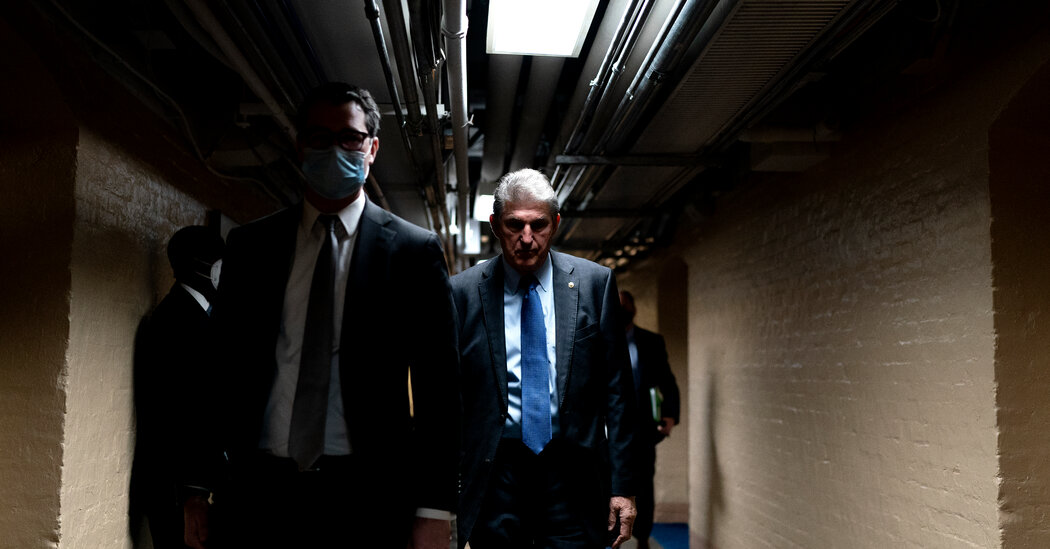 One person briefed on the talks between Mr. Biden and Mr. Manchin said the senator had proposed outright eliminating the expanded payment, which would jeopardize the support of other liberal Democrats. Other officials, who spoke on condition of anonymity to disclose details of private conversations, said that Mr. Manchin had raised concerns about exacerbating inflation trends, the lack of a work requirement to qualify for the payments, and additional costs should the subsidy be expanded beyond the current one-year timeline.

Mr. Manchin grew irritated on Wednesday when pressed on whether he supported the expanded credits, offering a profane denial that he opposed the provision and dismissing what he called “bad rumors.”

The final payments of the year were sent to families on Wednesday, and administration officials had cautioned that the extension needed to become law before the end of the month to avoid a lapse.

Outside of Mr. Manchin’s concerns, Democrats were still scrambling to finalize the legislation and resolve outstanding policy differences, including an unfinished compromise on raising the cap on state and local tax deductions.

Because the package is being muscled through Congress using the fast-track budget reconciliation process, which shields fiscal legislation from a filibuster, it is subject to strict rules governing what can be included. Democrats are still working feverishly to ensure that every provision can pass muster with the Senate parliamentarian. Guidance has yet to be issued on a number of key proposals, including immigration provisions, as Republicans seek to challenge their inclusion under the rules.

But Democrats have focused on Mr. Manchin, whose concerns have already prompted them to drop or modify several of the measure’s key components, including jettisoning anti-climate- change provisions and dropping a federal paid and family medical leave benefit.

Having pushed for a lower price tag, he also repeatedly raised concerns about how the package would affect inflation and the economy.

“He has made some dramatic changes in this bill and its contents and its total,” Senator Richard J. Durbin of Illinois, the No. 2 Democrat, told reporters earlier this week. “I’ve told him, ‘Joe, you’ve got your mark on this bill, now close the deal.’ I still feel that way.”