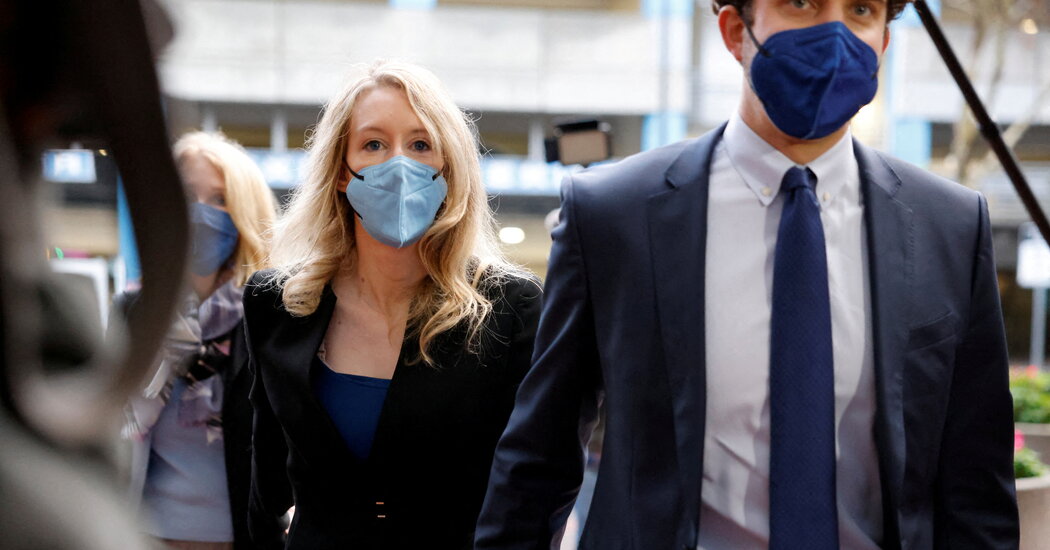 SAN JOSE, Calif. — For Elizabeth Holmes, it all boils down to intent.

On Thursday, prosecutors and defense lawyers laid out their closing arguments in the fraud trial of the founder of Theranos, the failed blood testing start-up. In what was effectively their last shot at convincing jurors, each side framed their arguments around the question of whether Ms. Holmes, 37, had deliberately chosen to lie, mislead and dissemble about her start-up.

“She chose fraud over business failure,” Jeff Schenk, an assistant U.S. attorney and one of the lead prosecutors, said of Ms. Holmes in his closing address to the jury.

Kevin Downey, a lawyer for Ms. Holmes, argued that she believed her own claims and had never meant to deceive. “If someone is acting in good faith, you have no reason to find them guilty,” he said.

The closing arguments capped 15 weeks of a trial that has stood out in the world of white-collar crime. Ms. Holmes’s case is being closely watched as a referendum on the worst excesses of Silicon Valley’s start-up culture, which prizes change-the-world claims and fast growth. The verdict could influence whether prosecutors pursue similar white-collar cases at a time when tech start-ups are swimming in funding and hype.

But proving intent is the most difficult part of prosecuting a white-collar criminal trial, said James Melendres, a former federal prosecutor.

“It goes to what was happening inside someone’s mind, which is extremely hard to prove definitively,” he said.

The jury of eight men and four women will begin to deliberate Ms. Holmes’s fate once the defense concludes its closing arguments, most likely on Friday. Ms. Holmes, who has pleaded not guilty to nine counts of wire fraud and two counts of conspiracy to commit wire fraud, faces up to 20 years in prison if convicted.

Before Theranos imploded, Ms. Holmes stood out as the rare successful female founder in the male-dominated tech industry. She founded Theranos in 2003, dropped out of Stanford University in 2004 to work on the start-up and raised nearly $1 billion from investors for the company’s supposedly revolutionary blood testing technology. Its promise: Theranos’s tests could detect a range of health conditions with just a few drops of blood.

But a Wall Street Journal investigation in 2015 revealed that Theranos’s technology did not work and that Ms. Holmes appeared to have been courting investors and commercial partners with misleading claims. The company collapsed in 2018 after voiding millions of its blood tests.

That same year, Ms. Holmes was indicted on fraud charges. Her trial began on Sept. 8 after numerous delays.

Prosecutors called 29 witnesses, outlining six main areas of Ms. Holmes’s alleged deception, including lies about the abilities of Theranos’s technology, its work with the military and its business performance.

Former Theranos employees testified that the start-up’s technology regularly failed quality-control tests, returned inaccurate results and could perform only a dozen tests, rather than the hundreds that Ms. Holmes claimed. Doctors and patients spoke about how they had made medical decisions based on Theranos tests that turned out to be wrong.

Prosecutors also showed a set of Theranos validation reports that bore the logos of pharmaceutical companies that had neither prepared nor signed off on the conclusions therein. They showed letters to investors in which Ms. Holmes falsely claimed Theranos had military contracts and emails from employees that said the company hid device failures and removed abnormal blood test results.

In testimony, investors and pharmaceutical executives said that Ms. Holmes’s claims had led them to invest millions of dollars in Theranos or sign contracts with her company.

“The government spent a lot of time putting in evidence about not just one particular alleged misrepresentation, but several,” Mr. Melendres said. “If you line up three, four, five, a half-dozen misstatements, it gets harder for the jury to pull together on anything other than that there was an intentional scheme.”

The defense called only three witnesses and relied on Ms. Holmes to carry their case. Last month, she took the stand to paint herself as a well-meaning entrepreneur who was naïve and relied too much on those around her. She said she had been emotionally and physically abused by Ramesh Balwani, Theranos’s former chief operating officer and her former boyfriend.

Ms. Holmes’s voice shook and her eyes teared up as she recounted how Mr. Balwani dictated nearly every aspect of her life and even forced sex on her, implying that she was less in control of her actions than prosecutors had made out. She cried on the stand for a second time when prosecutors, to rebut her characterization that the relationship was abusive, asked her to read loving text messages between her and Mr. Balwani.

Mr. Balwani, who faces identical fraud charges to Ms. Holmes and faces trial next year, has denied the allegations.

On Thursday, Mr. Schenk dismissed Ms. Holmes’s accusations of abuse as irrelevant to the fraud charges.

Mr. Schenk instead focused on tying together weeks of testimony. He walked through the witnesses one by one and outlined each element of the 11 counts against Ms. Holmes. At times, he instructed jurors to write down exhibit numbers to refer back to during deliberations.

Over and over, Mr. Schenk highlighted claims Ms. Holmes herself had made, pointing to inaccurate quotes she gave to journalists and playing a recording of her exaggerating Theranos’s military ties to investors.

He displayed emails to Ms. Holmes, in which she was informed of problems with the accuracy of Theranos’s technology, and a timeline showing that she forged ahead with the start-up’s commercial introduction nonetheless.

“She was involved; she’s responsible; she knows,” Mr. Schenk said.

The defense began its closing argument by positing that the government did not tell the full story of Theranos’s relationship with pharmaceutical companies. Mr. Downey said Theranos had some contracts with pharmaceutical companies and pointed out instances in which Ms. Holmes offered to connect investors with the drugmakers, arguing that she did not intend to deceive investors about those relationships.

He lingered on the positive feedback that Ms. Holmes received about Theranos’s tests to show she believed her claims about the technology. He also pointed to her willingness to allow the Food and Drug Administration and other institutions to evaluate Theranos’s technology as signs that she was not trying to hide how the technology worked.

Mr. Downey also delved into details like Ms. Holmes’s understanding of the word “accuracy” to demonstrate that others had misunderstood her, not that she had misled them.

Mr. Downey concluded Thursday’s session by displaying a list of Theranos’s star-studded board of directors, which included a former secretary of state, George Shultz, and a former senator, Sam Nunn, a Democrat from Georgia.

The slide was titled: “Was this group all fooled?”