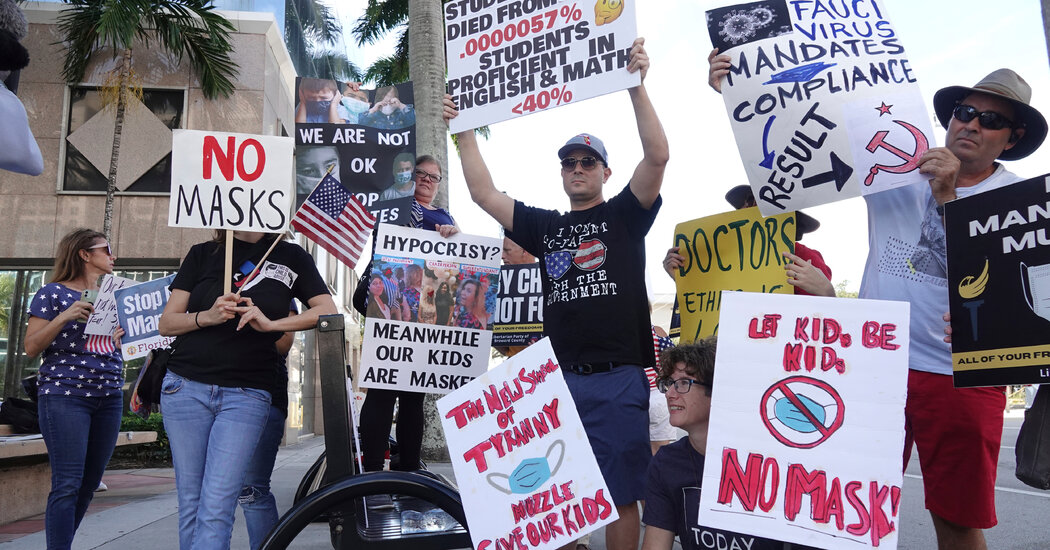 The Justice Department also said that it would begin “a series of additional efforts in the coming days designed to address the rise in criminal conduct directed toward school personnel,” including a task force that would include the U.S. attorneys’ offices, the F.B.I., the criminal division, the national security division and the civil rights division.

During oversight hearings last month, Republicans cast the effort as an attack on parents who criticized issues like mask mandates, curriculum about race and policies regarding gender issues. As the debates have become more heated, physical fights, arrests, disorderly conduct and threats against school officials have increasingly made headlines.

Some Republicans said the memo had a decidedly political cast, as it was issued just days after public school board leaders asked President Biden in a letter to address safety issues at schools. The educators who wrote the letter later apologized for some of its inflammatory language, including a comparison between protesting parents and domestic terrorists.

Several Republicans on the House and Senate Judiciary Committees said that the directive to look at harassment and threats — especially one that involved the department’s counterterrorism division — echoed the very language that the educators had retracted and could have a chilling effect on parents who wish to voice complaints, even if that was not the intent.

Mr. Garland has denied creating his initiative to appease the White House, and he reiterated several times that his directive was meant only to address violence and threats of violence, and that the department would not crack down on free speech.

Nevertheless, a Justice Department whistle-blower recently shared the bureau’s memo about the new threat tag with Republican lawmakers, Representative Jim Jordan of Ohio, the top Republican on the House Judiciary Committee, wrote in a letter to Mr. Garland on Tuesday.

Republicans suggested that the memo, which directed the F.B.I.’s counterterrorism division to use the tag when investigating possible instances of school violence, showed that Mr. Garland had not been completely accurate when he testified before them last month.