Facts Alone Aren’t Going to Win Over the Unvaccinated. This Might. 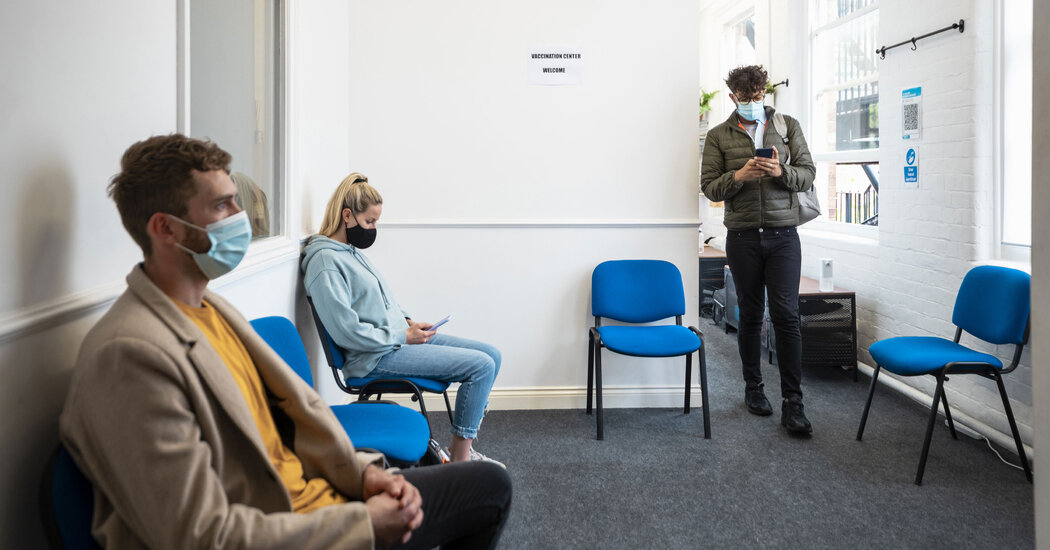 At this point in the pandemic, many Americans remain unvaccinated because they believe the coronavirus vaccine is unlikely to do them any good. They’re aware of the virus and the damage it can cause, but for any number of reasons, they simply don’t believe they should get a vaccine. We’ve spoken to patients like this in our practice, and we have observed in those conversations that providing more, frightening information intended to change their beliefs is ineffective for many or may even cause further entrenchment against vaccination.

Public health experts have tried many different methods to motivate behavior like vaccination. Our recent research shows even more clearly that providing additional information may not be one of the strongest tools.

In a study published on Dec. 13, we examined data from about 750,000 children who were eligible to receive the human papilloma virus vaccine to prevent cervical cancer. Since the HPV vaccine was approved in 2006, it has experienced resistance from parents and religious and conservative groups who see it as promoting sexual behavior. Its politicization was a preview for what has happened with the coronavirus vaccines in the United States.

Our research question was: Are mothers who themselves had cervical cancer more likely to have their children vaccinated against HPV? We thought that for this group of mothers, a lack of information about the consequences of HPV couldn’t possibly affect their decision to vaccinate their children against the virus. These women had personally suffered from cervical cancer, so, presumably, they would be especially well informed about the harms of this virus and the disease it causes.

Opinion Conversation Questions surrounding the Covid-19 vaccine and its rollout.

Motivations behind vaccination decisions are complex; they vary from disease to disease and across time, social groups, culture and geography. But if personally having cervical cancer doesn’t seem to motivate mothers to vaccinate their children against HPV, we probably shouldn’t be surprised when hesitant Americans are not motivated to get vaccinated after a family member is hospitalized or even dies from Covid-19. Emergency room doctors sharing devastating stories from the hospital may, unfortunately, not meaningfully impact vaccination rates.

Information about Covid-19 will continue to be valuable for people who are interested in being vaccinated and just need more data. But that may be only a small portion of the unvaccinated population now. If disbelief in the importance of vaccination is the primary barrier to reaching the country’s vaccination goals, more information is unlikely to work.

Our past research has also shown that more information often isn’t enough to change behavior. A classic example is doctors who struggle to follow the same medical advice that they give to patients. Despite doctors’ extensive training and access to medical information, as a group, they are barely better than patients at sticking to recommendations for improving their health. This includes vaccinations. Rates of chickenpox vaccination among doctors’ children, for example, are not meaningfully different from the rates among children whose parents are not doctors. While most parents vaccinate their children against chickenpox, you would expect the rates among doctors’ families to be especially high.

What interventions might work? Behavioral science research suggests that one of the best ways to motivate behavior is through incentives, either positive or negative. Incentives work because they do not force people to change their beliefs. A customer might switch cellphone providers not because he believes the new provider is better, but because the new provider is offering a free iPhone to switch (a positive incentive). A teenager might come home before curfew on a Saturday night not because she believes it’s dangerous to be out late, but because she knows her parents will take away her car keys if she stays out past midnight (a negative incentive).

While small positive incentives such as free doughnuts or entries into statewide lottery programs may have motivated some people, those and similar methods don’t seem to motivate people to get vaccinated on a scale large enough to close the vaccination gap.

The incentive that seems to work especially well is the employer vaccine mandate, a negative incentive. “Get vaccinated or get fired” has shown to be an effective message. United Airlines, which mandated the coronavirus vaccination for its employees this past summer, reported in November that 100 percent of their customer-facing employees were vaccinated, and that only about 200 of their 67,000 employees had chosen termination over vaccination. Similar stories have played out among private and public sector employers that enforce mandates, with vaccination rates approaching 100 percent (including at our own hospital).

By now, it’s clear that the public health system does not know how to change people’s beliefs about vaccines. Until we do, America’s leaders should focus on other strategies, especially the ones we already know are effective.

Anupam B. Jena (@AnupamBJena) is an associate professor of health care policy at Harvard Medical School and a physician at Massachusetts General Hospital. He is also a faculty research fellow at the National Bureau of Economic Research and hosts the Freakonomics, MD podcast. Christopher M. Worsham (@ChrisWorsham) is a pulmonologist and critical care physician at Massachusetts General Hospital and an instructor in medicine at Harvard Medical School.

The Times is committed to publishing a diversity of letters to the editor. We’d like to hear what you think about this or any of our articles. Here are some tips. And here’s our email: letters@nytimes.com.