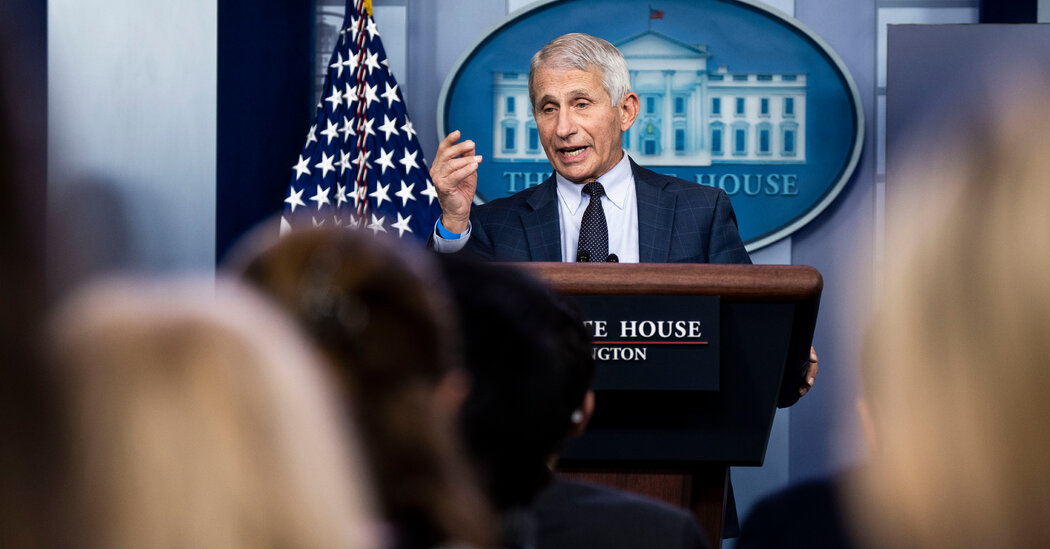 Dr. Anthony S. Fauci, the nation’s top infectious disease expert, warned on Sunday that the extraordinarily contagious Omicron variant of the coronavirus was raging worldwide and that it was likely to cause another major surge in the United States, especially among the unvaccinated.

“This virus is extraordinary,” he said on CNN’s “State of the Union,” referring to the new variant.

But as Americans wrestle this week with whether to curtail holiday gatherings and travel plans, Dr. Fauci said that adhering to the available preventive tools should protect most.

“If you’re vaccinated and you’re boosted, and you take care when you go into congregate settings like airports to make sure you continually wear your mask, you should be OK,” Dr. Fauci said on NBC’s “Meet the Press.” He urged air travelers to remain masked during flights.

Christmas 2021 need not be a replay of Christmas 2020, he said. He encouraged even boosted people to get tested if they plan to attend celebrations indoors and to try to avoid gatherings if they were unsure that whether all the guests were vaccinated.

“We are doing better if you look now compared to where we were a year ago,” Dr. Fauci said on CNN. “We now have multiple at-home tests available, and we virtually had none a year ago. But we do need to do better.”

While at-home tests are more widespread, they have been scarce in certain areas that are struggling to keep up with demand.

Still, with 50 million eligible Americans unvaccinated against Covid, the coming six to eight weeks of winter seem poised to bring an uptick in cases, deaths, overwhelmed hospitals and commensurately exhausted health care workers, particularly in regions where vaccination rates are low, he said.

He made a fervent plea for people who had received two doses of a Covid vaccine to get a booster as soon as they are eligible, which would substantially strengthen their resistance to the Omicron variant.

He also said that breakthrough infections among the vaccinated would continue to occur.

Dr. Francis Collins, who was in his final day as director of the National Institutes of Health, expressed exasperation with those who claim that breakthrough infections indicate that the vaccines don’t work.

Vaccines are not perfect, he said on Fox News Sunday. But if people get Covid after being vaccinated, he said: “The chances are you’re going to have a pretty mild case. You’ll have the sniffles, maybe are sick for a day or two with a fever, but you won’t be in the I.C.U. The vaccinations are really good at protecting against severe disease.”