For a Clue About the 2022 Midterm Elections, Look at 2 Ohio Races 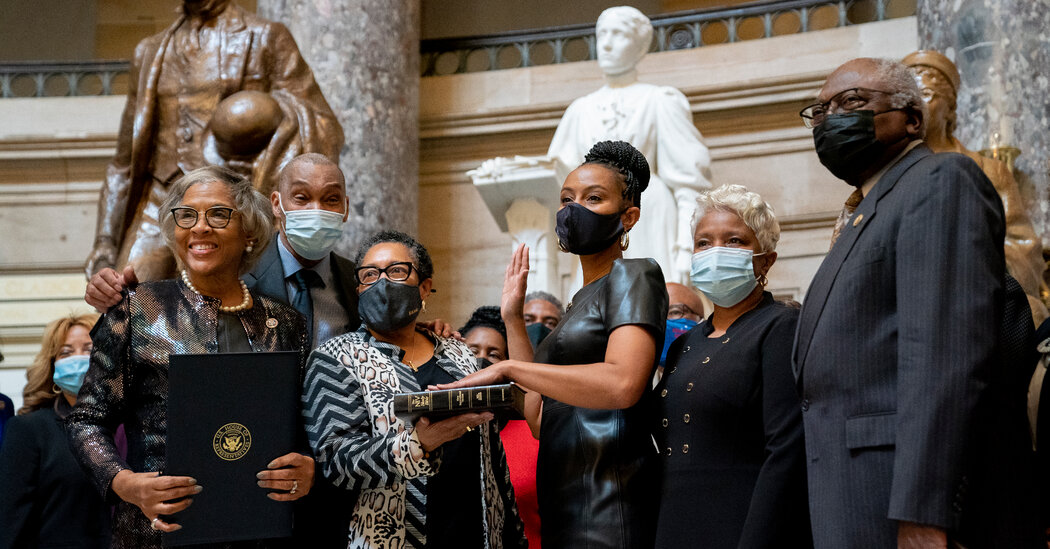 While the results of the Virginia election spurred talk that the Democratic Party’s leftward lurch on race and cultural issues might be hurting the Democrats in the suburbs, Ms. Russo won 55 percent of the vote in the Franklin County portion of the district, home to the Columbus suburbs, nearly matching the 56 percent won by Mr. Biden.

Ohio’s 11th District is even less competitive. The majority-Black district, which snakes from Cleveland to Akron, favored Mr. Biden by a whopping 61 points last November. The previous Democratic representative, Marcia Fudge, who is now the secretary of housing and urban development, won by 60 points. The result was similar this time: Shontel Brown, the establishment-backed Democrat who narrowly defeated the progressive favorite Nina Turner in an August primary, won by 58 points.

It might seem odd to draw attention to the results of uncompetitive races, but special congressional election results often do a decent job of foreshadowing the outcome of the next midterm elections. Four years ago, special elections were one of the first signs of Democratic strength after Mr. Trump was elected president. So far this cycle, other special election results have tended to resemble the modest Republican gains in Ohio more than the significant G.O.P. swings in Virginia and New Jersey.

Another reason to pay attention is that the special congressional elections are contests for federal office, not state or local government.

While politics has become increasingly nationalized in recent years, it remains quite common for voters to split their tickets and back the other party in down-ballot races for governor or other local offices. Maryland and Massachusetts elected Republican governors in 2018, despite the so-called blue wave that year. Local issues, like education or property taxes, naturally play a much bigger role than they do in federal contests. And it is much easier for a relatively moderate candidate for local office to shed the baggage of the national party. After all, a vote for Youngkin as governor of Virginia is not a vote to make Kevin McCarthy the House speaker or Mitch McConnell the Senate majority leader.

Democrats and Republicans were deadlocked on the generic congressional ballot, a poll question asking whether voters would back a Democrat or Republican for Congress. Historically, the measure tracks well with the eventual House national vote. On average, Republicans lead by less than a percentage point, according to FiveThirtyEight — they took the lead while I wrote this newsletter.

A roughly tied House national vote would most likely mean clear Republican control of the chamber, thanks to partisan gerrymandering and the tendency for Democrats to win lopsided margins in reliably Democratic areas. But it would be a much closer race than one might guess based on Virginia and New Jersey.