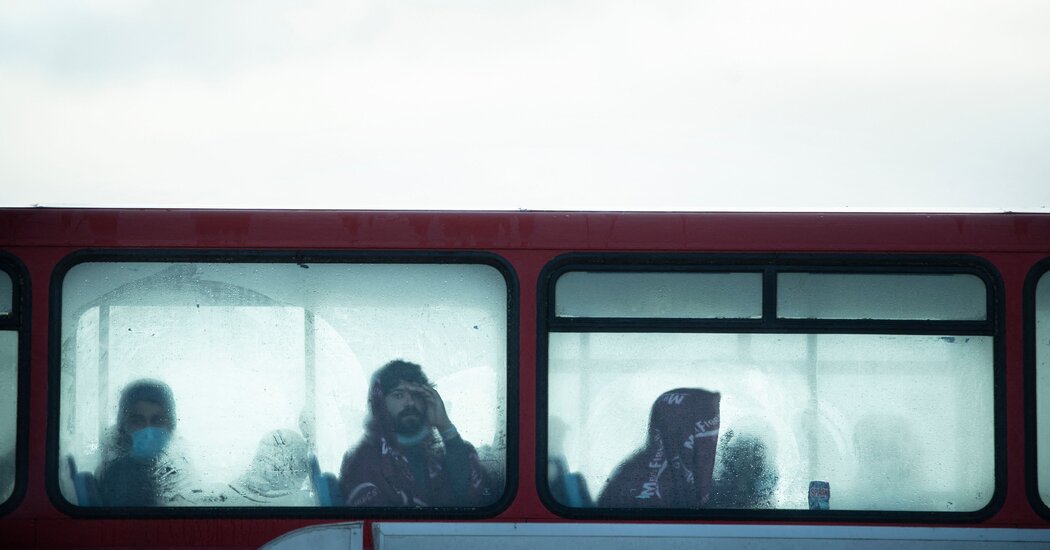 “Migration feeds into this sense that Boris Johnson doesn’t understand his blue-collar political base,” said Matthew Goodwin, a professor of politics at the University of Kent. And unlike earlier fears of immigration, he said, the channel crossings are “a much more emotive and symbolic form of migration that amplifies a sense among some voters that there is very little the government can do to control this issue.”

Mr. Goodwin said it was no accident that the migrant standoff had coincided with the return to prominence in Britain of Nigel Farage, a right-wing pro-Brexit leader who has long campaigned on anti-immigration appeals. Mr. Farage, now a broadcaster for the news channel, GB News, regularly inveighs against the influx of boats.

While the migrant issue has long been a source of friction between Britain and France, it has also produced examples of creative collaboration.

In 2003, the two countries signed the Treaty of Le Touquet, which stationed border officials in each other’s jurisdictions so they can check the passports of travelers before they cross the channel. That cuts down the number of asylum seekers in Britain because some are turned back before reaching British soil, where under international law, they are entitled to claim asylum.

Now diplomats worry that this treaty could be a casualty of the escalating tensions. The French foreign ministry insisted that it would stand by the agreement. But Mr. Zemmour, for one, has called for France to rip it up, saying it is an insult to the French. That would harm Britain more than France, experts said, because the flow of migrants is one way.

Beyond that, they said, Britain and France need to work together to develop ways to monitor the coastline. In his letter, Mr. Johnson proposed sending British police officers to help patrol French beaches — a suggestion that is likely to go nowhere with the French, and a sign that the two countries are still operating on different pages.