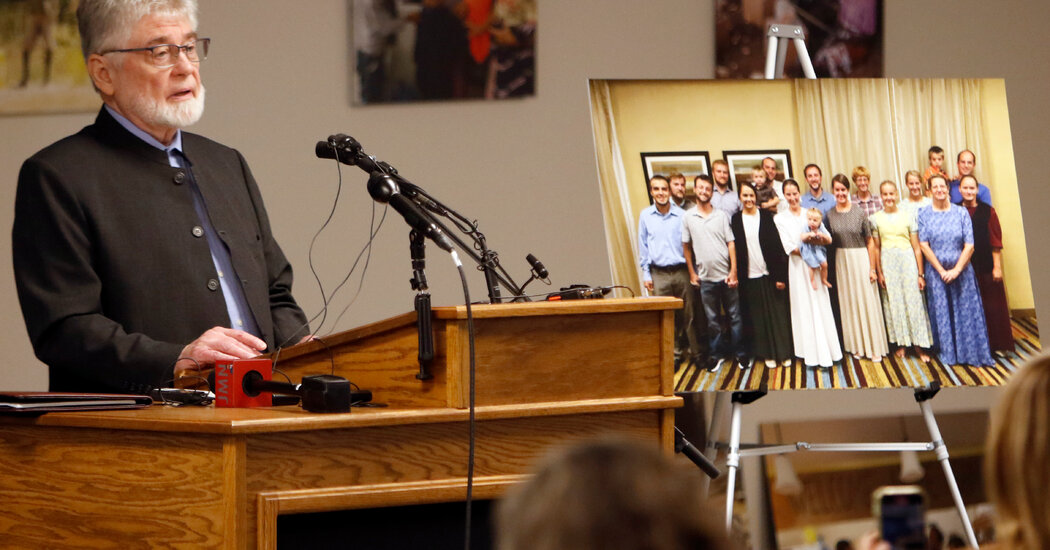 The organization said that an unspecified ransom had been provided but did not describe the money as leading directly to the hostages’ freedom. Instead David N. Troyer, general director of Christian Aid Ministries, said that “after many days of waiting and no action on the part of the kidnappers, God worked in a miraculous way to enable the hostages to escape.”

Some people, who were not identified, “provided funds to pay a ransom and allow the negotiation process to continue,” Mr. Troyer said. “We are not able to say anything further in respect to these negotiations.”

Pierre Espérance, a prominent human rights defender in Haiti, said the missionaries’ description of their experience was very unusual — mass kidnappings in the past have been resolved by the payment of a ransom.

The aftermath of a deadly earthquake. On Aug. 14, a 7.2 magnitude earthquake struck Haiti, killing more than 2,100 people and leaving thousands injured. A severe storm — Grace, then a tropical depression — drenched the nation with heavy rain days later, delaying the recovery. Many survivors said they expected no help from officials.

The assassination of President Jovenel Moïse. A group of assailants stormed Mr. Moïse’s residence on July 7, killing him and wounding his wife in what officials called a well-planned operation. The plot left a political void that has deepened the nation’s turmoil as the investigation continues. Elections that were planned for this year are likely to be delayed until 2022.

Kidnapping has become the main security threat in Haiti over the past year, as the country slipped deeper into an economic and political crisis. Faced with a power vacuum after the death of President Jovenel Moïse in July, and with a rapidly shrinking legal economy, gangs in the capital of Port-au-Prince have increasingly resorted to kidnapping for ransom to finance themselves, targeting even pastors in their churches and doctors fighting the coronavirus pandemic.

The gang that kidnapped the Christian Aid Ministries group also held other hostages in the same building, Mr. Showalter said, and the missionaries tried to talk with them through the walls, or share food and water with them. The group sang, prayed, and recited Scripture verses throughout the days and nights.

The captors provided “large amounts of baby food” for the small children, he said, and the adults received small portions of food, including things like half a hard-boiled egg, or rice and beans with a fish sauce. They had limited access to clean drinking water and some hygiene items, but the water they received to bathe in was “severely contaminated,” he said, and some people developed “festering sores.”