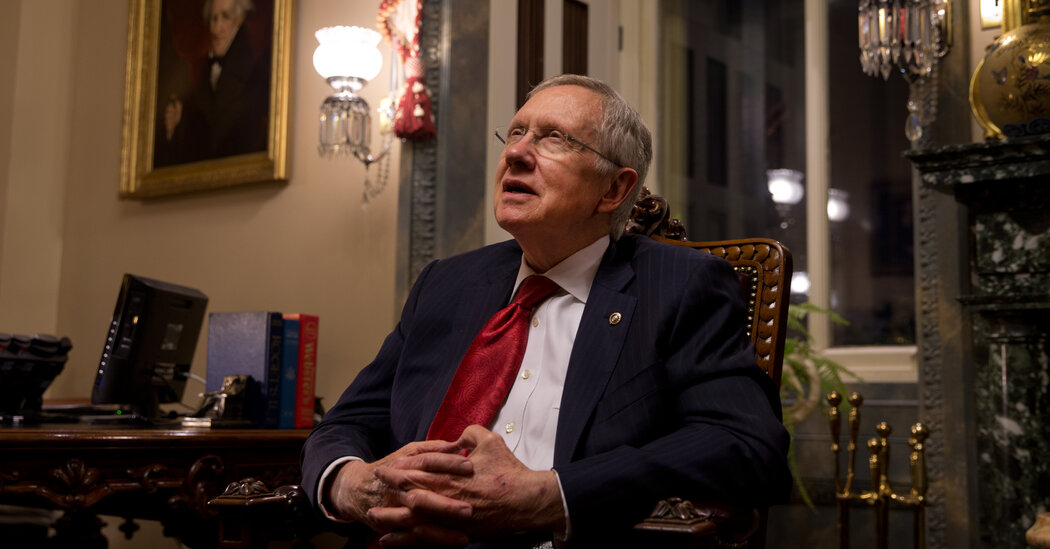 Mr. Reid used his position on the Senate Appropriations Committee and his eventual majority leadership to block nuclear waste from being deposited in Nevada’s Yucca Mountain, a decades-long fight, while relentlessly earmarking spending for his state, where 85 percent of the land was federally owned when he left office. He also helped create Nevada’s Great Basin National Park, ensured that millions of acres in the state were protected as national parks or monuments, and made sure that federal funds were directed to cleaning and preserving Lake Tahoe, which straddles Nevada’s border with California.

Mr. Reid ran Nevada’s Democratic Party in the manner of an old-style political boss, determining which candidates would run up and down the ballot, arranging his own succession and even remaining in charge after his cancer diagnosis and through the 2018 midterm elections, nearly two years after his retirement from the Senate.

He also used his clout to elevate his state’s role in the presidential nominating process, moving Nevada’s caucuses up to become one of the early voting states in the Democratic primaries, and in 2016 he quietly helped Mrs. Clinton salvage her nomination there.

Harry Mason Reid Jr. was born on Dec. 2, 1939, in Searchlight, a mining outpost that had about 200 residents in his youth. One of four sons of Harry Sr. and Inez (Jaynes Reid), he grew up in privation. His father suffered from depression and was often unemployed. Harry worked at a gas station in high school, earning enough money to purchase his mother a new set of false teeth.

Boxing metaphors about Mr. Reid would eventually become clichéd — he even named his memoir “The Good Fight” — but he was quite the pugilist. He got into physical altercations with his father (when his father would become violent toward his mother) and with his future father-in-law (who was uneasy about his daughter marrying Mr. Reid).

To attend high school, he would hitchhike 40 miles to Henderson, near Las Vegas, where he had relatives. And it was there that his political career effectively began. He had a teacher and boxing coach named Mike O’Callaghan, who would be elected governor in 1970 with Mr. Reid as his running mate.

With financial assistance from Nevada businessmen, Mr. Reid graduated from Utah State University, where he converted to Mormonism. He then attended law school at George Washington University in Washington, D.C., moonlighting as a Capitol Police officer to pay his way through.