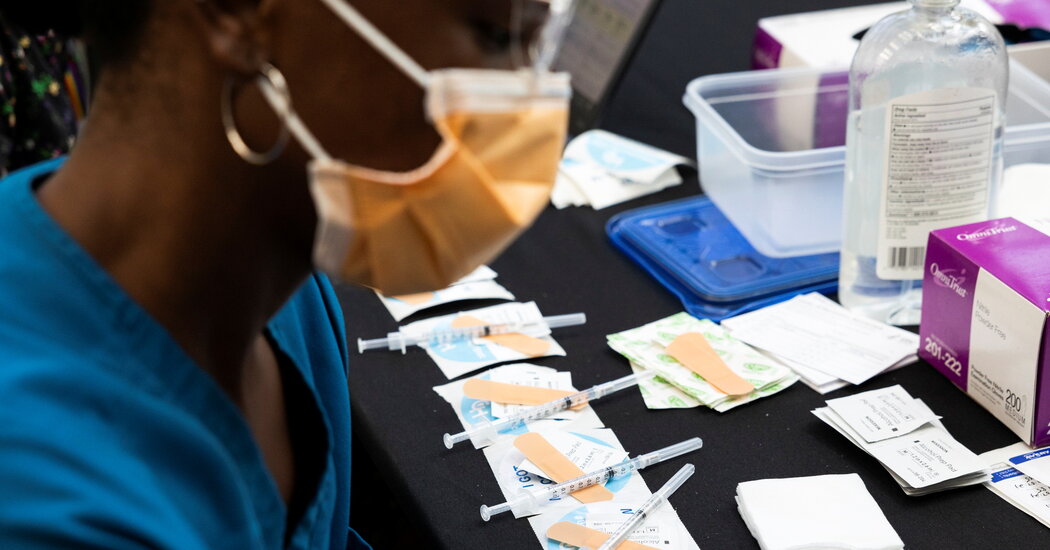 Citing the widespread staffing shortages in his industry, Mr. Parkinson said his group would continue to pursue a testing alternative to prevent workers from leaving for other jobs.

In Philadelphia, hospitals are the largest employer, with some 57,000 workers, according to an estimate from Philadelphia Works, a nonprofit.

The city’s experience also underscored the work necessary to persuade all employees, particularly those of color, to get vaccinated, according to the hospital executives.

At the University of Pennsylvania Health System, the adoption of its mandate on Sept. 1 initially widened the gap between the vaccination rates for white and Black staff. In speaking with employees of color, doctors and administrators said they were explicit about the role race and racism played in decision-making and made a point to feature workers of color, including doctors, pharmacists and security guards, in their campaign. The system’s vaccination rate rose to nearly 100 percent from 70 percent.

While executives had been told that holding town halls was not effective, Dr. Florencia Greer Polite, an obstetrician, said she thought the issue was frequently the “all white” makeup of the panels.

“You have to have the right messenger,” agreed Michael Young, the chief executive of Temple University Health System, which worked with its union and community members. Main Line Health, another local hospital group, said it relied on “vaccine ambassadors” to talk to employees in departments like food service and housekeeping.