Hiring Billy Eppler as GM Is a ‘Relief’ for Mets Leadership 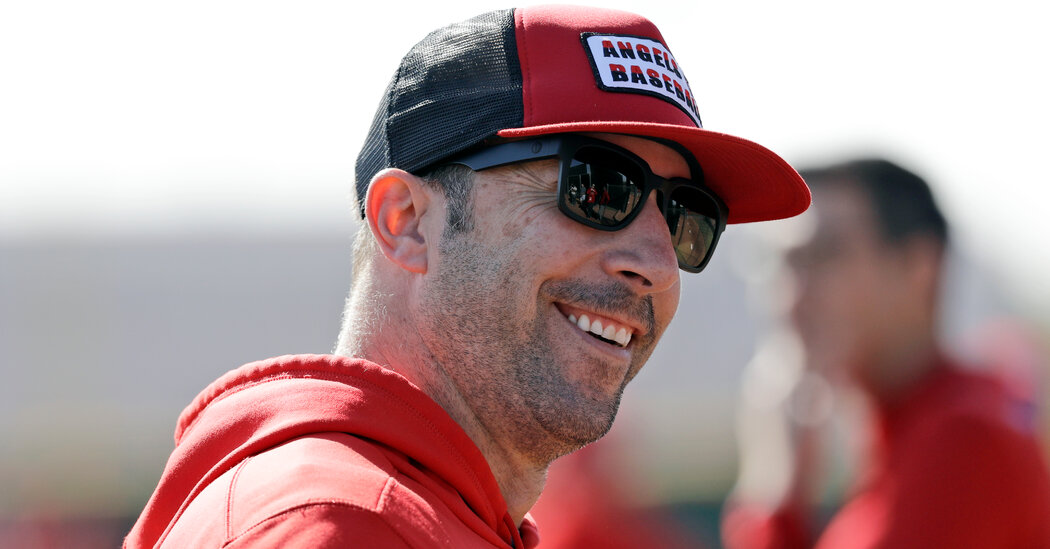 There are lots of reasons to be encouraged by the hiring of Billy Eppler, who was finally introduced on Friday as the Mets’ new general manager. As a pro scouting director, he helped win a World Series for the Yankees. As a general manager, he signed Shohei Ohtani for the Los Angeles Angels. At 46, he is young enough to appreciate the value of data, but old enough to honor the instincts of scouts.

“I just came back from the M.L.B. owner meetings, and I can tell you: just universal praise for the hiring,” said the Mets’ owner, Steven Cohen, who is rebooting the organization again after a trying first season, on and off the field.

“I mean, people coming up to me from everywhere saying that we got a real pro, well-liked in the industry, well-respected. So I’m excited. Listen, I put a lot of time into this, and like I always say, I’ve got a day job. So it’s a relief to get somebody that I feel really good about.”

Cohen, a hedge-fund billionaire, made two dud investments last year. He fired the general manager he hired last fall, Jared Porter, after revelations that Porter had sexually harassed a female reporter. The interim general manager, Zack Scott, was fired this month after his late-summer arrest on a charge of driving while intoxicated.

A protracted job search, in which Cohen and the team’s president, Sandy Alderson, failed to persuade several high-profile candidates, ended with a four-year contract for Eppler, who has a reputation for integrity. What he does not have, however, is a winning record as a general manager.

Even with stars like Mike Trout and Ohtani, the Angels had a losing record in each of Eppler’s five seasons (2016 through 2020). Asked about it on Friday, Eppler outlined the challenges he inherited: overpaid players on long-term contracts, sharing a division with the well-stocked Houston Astros, an outbreak of pitching injuries, a barren farm system.

“The lack of depth made us dip into free agency to fill multiple holes on the roster,” Eppler explained, “and when you’re thin on that depth, any injuries you sustain really make you fall through the ice.”

Injuries and lack of depth have been familiar problems for the Mets, too, and Cohen conceded on Friday that answers may not come from within.

“Our budget today, without even signing anybody, is already about $185 million or so,” Cohen said. “If we’re going to find the right type of talent, it’s going to, probably, be either trades with other clubs or free agents. We don’t really have a lot in the farm system to supplement what we need.

“So it’s going to require probably spending, and that’s what’s going to happen. And I’ve let Billy know that I’m willing, for the right deals and the right free agents, to go and get the players we need.

“We want to be competitive, right? We want to win our division and be in the playoffs and get deep into the playoffs, right? So we’ve got to field a team that has the ability to do that.”

Of course, Cohen was also willing to spend last off-season, and the Mets got little from their highest-paid newcomers. Shortstop Francisco Lindor, starter Carlos Carrasco and catcher James McCann all performed well below expectations, and Lindor is just now starting his 10-year, $341 million contract.

The rotation is a pressing concern. Noah Syndergaard has already left for the Angels (one year, $21 million) in free agency. Marcus Stroman, the only Mets starter who was healthy and reliable all season, is a free agent. The ace Jacob deGrom missed the second half with arm injuries. Taijuan Walker and Tylor Megill faded in August and September.

So the Mets need pitching, infield, outfield — and a new manager, too. The manager Eppler hired with the Angels, Brad Ausmus, is available; he served one year before the team’s owner, Arte Moreno, replaced him with Joe Maddon. Eppler offered no hints about his possible choice, but said it would be a collaborative decision.

“Billy will be reporting to me, but we will certainly consult with one another,” Alderson said, outlining the Mets’ chain of command. “But I expect Billy to be driving this operation. I will be available as a resource, and as time goes on, what I would expect is that Billy will have even more latitude than he has immediately.”

The Mets initially sought both a president of baseball operations and a general manager, before limiting the search to one hire. Alderson, who turns 74 next week, said the Mets could still revisit that plan next winter, effectively giving Eppler a year to prove he can run the department.

“Steve and I will take a look at that at the end of the season and Steve will make a decision about the direction he wants to go,” Alderson said. “But Billy has lots of opportunity here to establish himself and grow and have an impact on that decision a year from now.”

Eppler worked for the Yankees under George Steinbrenner, so the threat of a Twitter missive from Cohen is unlikely to faze him. Yes, Cohen said, he would continue to tweet because fans seem to like it, but he emphasized the importance of delegating authority.

“You’re going to interfere in every decision, it’s just not going to work,” Cohen said. “At least, that’s how I run my other businesses, and that’s done well. And I expect to run it the same way here.

“And that’s sort of the plan. You’re not going to fix everything the first year. I call it a little bit of a treasure hunt: as you go through the organization, you find things that you need to fix. That’s sort of what I would have expected, coming into an organization that was under-resourced, and we’re in the process. We made progress last year.”

That progress was not always clear on the field, as the Mets wheezed down the stretch to finish 77-85. Now Eppler must do what he could not in Anaheim: build a winning team — and quickly. Free agents know where to find him.

“Last night, I was starting to get a lot of texts from agents,” Eppler said. “And I responded to a lot of them, saying, ‘You’ll hear from me today.’”