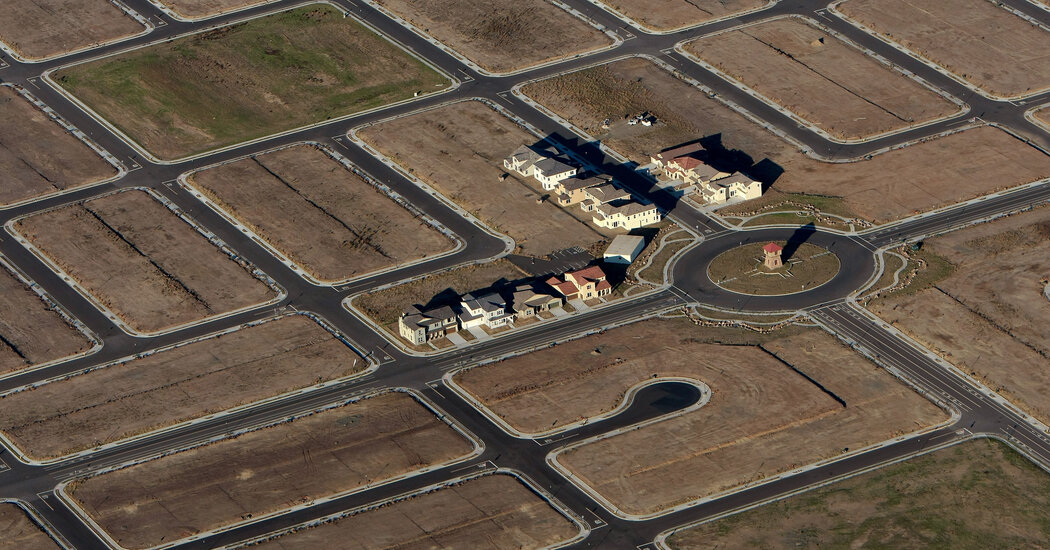 It was the early 2010s. The global financial crisis had become the stuff of history books, and the recession it had caused was long over. But the United States economy was still haunted by a series of chronic, interrelated problems: too little spending by consumers and businesses; too few jobs; and too-low inflation.

The result was an economy that functioned below its potential for years, with grave human costs.

Last year, when the government sprang into action to respond to the economic crisis caused by the coronavirus pandemic, it was with these experiences in recent memory. Key policymakers in Congress, two presidential administrations and the Federal Reserve were determined to avoid repeating missteps that had prolonged the problems of a decade ago.

A decade ago, the government spent too little money to keep Americans’ incomes from plunging. This time, the government pushed enough cash into the economy that incomes rose above their prepandemic trend, and households have, on average, bolstered their savings.

In that crisis, state and local governments, which didn’t get much in the way of bailouts, were a drag on the economy for years. This time, their bailouts are so expansive that many states are deciding what to do with record surpluses.

Last time, that inadequate spending caused a chronic shortage of demand for goods and services, meaning there were more potential workers than jobs. Now, with strong demand fueled by government action, there are worker shortages and surging wages. After years in which the Federal Reserve focused on trying to stop inflation from falling persistently below its 2 percent target, inflation is now far above that target, around 6 percent.

More broadly, the last economic crisis was about a glut of nearly everything — including manufacturing and shipping capacity. Now, the central challenge is about shortages and supply constraints that are causing high inflation and other frustrations.

“We’ve had a one-two punch of very easy monetary policy and extraordinarily supportive fiscal policy to fight this demand shock,” said Michelle Meyer, head of U.S. economics at BofA Global Research. “The problem is we are now facing a supply shock.”

In fairness to the people setting policy through the past two turbulent years, for the first months of the pandemic, the nature of the economic crisis seemed to have similar dimensions to the last one. When millions of people were losing their jobs and incomes were plunging in the spring of 2020, the central problem really was a collapse in aggregate demand and a potential deflationary spiral even more severe than the one in 2008 and 2009.

The price of May 2020 oil futures, for example, actually turned negative briefly in April 2020, meaning someone with storage capacity could essentially be paid for taking oil. A wide range of commodity prices suggested sustained recession-caliber conditions. And through the end of 2020, bond prices suggested that inflation would remain extremely low for years to come.

The government response was, in effect, aimed at preventing that. The Fed pumped $120 billion of cash into the financial system each month through its quantitative easing program of bond purchases, pledging to keep interest rates near zero far into the future.

The Fed also focused on a new framework for policy that had been in the works for years, known as “flexible average inflation targeting.” It was essentially trying to assure people that it was serious about not letting inflation fall persistently below its 2 percent target. It did so by making clear it would be comfortable allowing inflation to overshoot that level in the aftermath of a downturn.

But there were big differences between the economic environment of the 2010s and that of 2021. Among them: Fiscal policymakers this time took far more aggressive action to stimulate growth, whereas in the 2010s the Fed was, in effect, trying to offset the effects of fiscal austerity.

“The Fed thought that it had to make up for weak fiscal policy when the opposite was the case,” said Jason Furman, the Harvard economist.

Now, the Fed is just starting to taper its bond purchases and is still keeping rates near zero, amid low unemployment and high inflation. Leaders of the central bank, while acknowledging the pain caused by inflation, say they expect supply disruptions to heal over the coming months.

“We understand the difficulties that high inflation poses for individuals and families, particularly those with limited means to absorb higher prices for essentials such as food and transportation,” Chair Jerome Powell said in a news conference in early November. “Like most forecasters, we continue to believe that our dynamic economy will adjust to the supply and demand imbalances, and that as it does, inflation will decline to levels much closer to our 2 percent longer-run goal.”

An initial surge of federal spending in spring of 2020, particularly the $2.2 trillion bipartisan CARES Act, helped consumers and businesses avoid the kinds of steep collapse in income that had seemed likely when the economy first shut down that March. Then, in December 2020, a bipartisan majority passed another $900 billion aid package, followed by the Biden administration’s signature $1.9 trillion American Rescue Plan in March.

Those two combined meant nearly $3 trillion was being pumped into the economy in 2021, at a time estimates of the “output gap” — the shortfall from the economy’s potential — were far lower, in the hundreds of billions of dollars.

The Biden administration and congressional Democrats argued it was a sensible strategy to reduce the risk of a prolonged crisis for families affected by the pandemic.

Almost anything manufactured is in short supply. That includes everything from toilet paper to new cars. The disruptions go back to the beginning of the pandemic, when factories in Asia and Europe were forced to shut down and shipping companies cut their schedules.

Now, ports are struggling to keep up. In North America and Europe, where containers are arriving, the heavy influx of ships is overwhelming ports. With warehouses full, containers are piling up. The chaos in global shipping is likely to persist as a result of the massive traffic jam.

In an appearance on CBS’s “Face the Nation” that aired Sunday, she acknowledged high inflation had caused economic pain — but argued that inflation would fall as the pandemic-induced distortions to spending patterns faded.

“When labor supply normalizes and the pattern of demand normalizes — and I would expect that, if we’re successful with the pandemic, to be sometime in the second half of next year — I would expect prices to go back to normal,” Ms. Yellen said. She added, “I just think it’s important to put inflation in context of an economy that is improving a lot from what we had right after the pandemic and is making progress.”

On top of that, the American Rescue Plan included $350 billion to support state and local budgets, reflecting Democrats’ fears of the kind of prolonged funding crisis of a decade ago. Add it all up, and state and local governments are as flush with cash as they’ve ever been — at a time of inflationary pressures and labor shortages.

In California last year, Gov. Gavin Newsom warned that “we are confronted with a steep and unprecedented economic crisis.” Now, the state is figuring out what to do with a “historic budget surplus” as Mr. Newsom called it, in the tens of billions of dollars.

“The Biden administration was very attuned to job losses in the public sector and wanted to prevent that from happening,” said Tracy Gordon, who studies state and local finance at the Urban Institute. “By the summer it was becoming clear that states were not doing as poorly as we thought.”

It is a natural tendency to apply the lessons of history to the present. And the challenge was a moving target. The nature of the crisis morphed in a relatively short time from a collapse of demand and a potential deflationary vortex to a supply-constrained period of excessive inflation.

“We fought the last war in several respects,” said Mr. Furman, a veteran of the Obama White House. “One of them was thinking of this as a demand problem, not a supply problem. Another is thinking that we always want to do too much when there actually is a right amount.”

The challenge now — for the Biden administration, Democratic allies and the Fed — is to find a way out of the inflationary, supply-constrained environment that creates a more comfortable economy sooner rather than later, and without accidentally causing a recession in the process.