How Can I Dress to Not Look Like a Tourist in France? 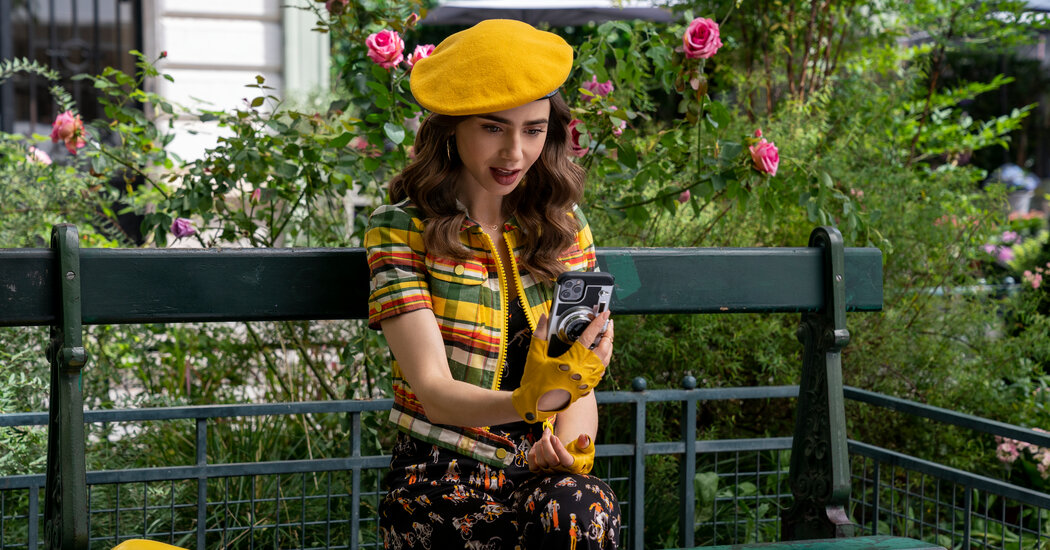 I’m headed to France for a long-delayed trip. Jeans look like the universal garment, but I’m wondering what else to bring. I want to wear clothes that travel well and are sophisticated enough that the locals won’t be rolling their eyes at yet another slovenly American. Any advice on what to wear to avoid looking too dowdy or touristy? — Patty, Carpinteria, Calif.

Once upon a time it was easy to spot Americans abroad (or so the cliché went, anyway): They were the loud ones in jeans and T-shirts with fanny packs and baseball caps.

Now, of course, everything once out is in again, and, as is its wont, fashion has embraced all of the above. The erstwhile gauche is now global and can even be chic, depending on your appetite for irony. That does not mean, however, that there aren’t certain … national stereotypes that still apply.

Since I have spent the last week at the couture shows in Paris, I took the liberty of asking some locals what pieces scream “American” to them. The answer, almost always: leggings.

Or, for that matter, other sorts of workout wear worn as daywear: sports bras, bike shorts and the like. There is no word for “athleisure” in French. Honestly, that term shouldn’t even exist in English. It is the new fanny pack.

Translation: anything that is too colorful (it’s the clothing equivalent of loud), complicated and appears to be trying too hard. Including hairdos that are overly blow-dried, obvious makeup and stilettos.

Instead, think neutrals: black, white, beige, navy, olive green. Which, in any case, can be mixed and matched at will and are thus good for packing. Think understatement; think the marketing executive played by Philippine Leroy-Beaulieu in “Emily” rather than Emily herself. Think sneakers, but in classic white, not in wildly clashing neon. Denim, as long as it is worn almost as if it has been tailored. Also a trench coat, a shirtdress, a white shirt, a black blazer.

And think the single strategically chosen accessory: a scarf, a wide belt, some big earrings, though worn one at a time. Ditto logos. They are OK, but not in multiples.

As Inès de la Fressange, a woman who is so quintessentially French that she became the model for Marianne, the face of the nation, once said: “In France, women put on less things. If they have a necklace, they don’t put on earrings. If they have nail polish, they don’t put on all their rings and all their bracelets.” (As it happens, she has a line with Uniqlo, so if you want to see what she means, you can find it for yourself.)

The point is: There’s nothing basic about basics when you’re traveling; they are now universal. It’s the basics you choose that give away your point of origin.

Every week on Open Thread, Vanessa will answer a reader’s fashion-related question, which you can send to her anytime via email or Twitter. Questions are edited and condensed.