How Discord, Born From an Obscure Game, Became a Social Hub 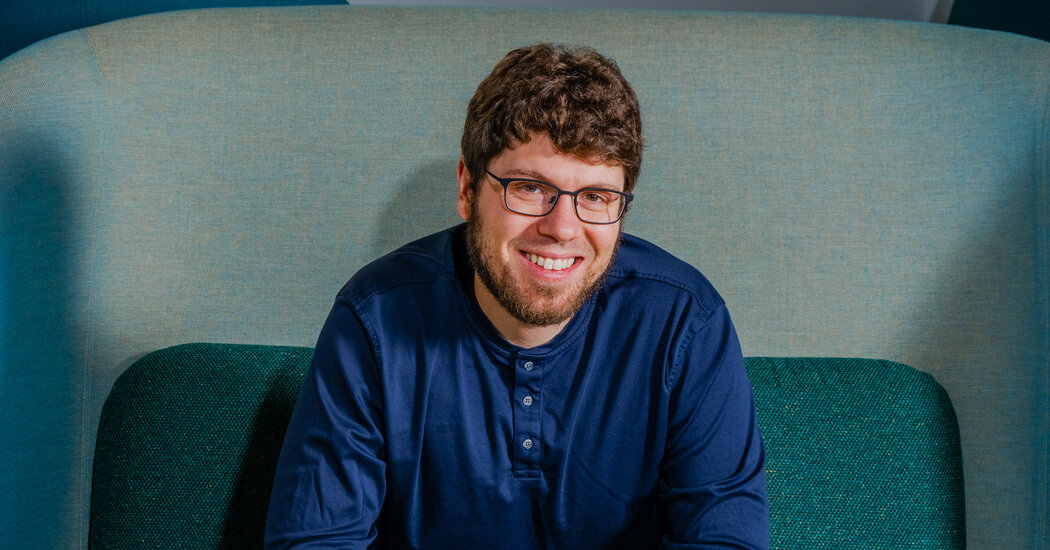 In 2015, Jason Citron, a computer programmer, was struggling to break through in the video game industry. The new multiplayer game he had created with his development studio, Hammer & Chisel, was not catching on.

So Mr. Citron engineered an abrupt about-face. He laid off his company’s game developers, turned the game’s chatting feature into its sole product and gave it a mysterious name — Discord.

“I think at the time we had maybe six users,” Mr. Citron said in an interview. “It wasn’t clear that it was going to work.”

At first, Discord was popular only with other gamers. But more than six years later, driven in part by the pandemic, it has exploded into the mainstream. While adults working from home flocked to Zoom, their children were downloading Discord to socialize with other young people through text and audio and video calls in groups known as servers.

The platform has more than 150 million active users each month — up from 56 million in 2019 — with nearly 80 percent logging in from outside North America. It has expanded from gamers to music aficionados, students and cryptocurrency enthusiasts.

In September, Discord, which is based in San Francisco, said it was raising $500 million in funding, valuing the company at $14.7 billion, according to PitchBook, a market data provider. It more than doubled its work force in 2021, to about 650 people.

Discord’s evolution into a mainstream tool has been an unexpected twist in Mr. Citron’s career. Mr. Citron, 37, said he grew up playing video games in Long Island, nearly failed to graduate from Full Sail University in Florida because he spent so much time playing World of Warcraft and went on his first date with his future wife at an arcade.

“So many of my best memories came from those experiences, so my whole career has been about giving other people the power to create those kinds of moments in their lives,” he said.

Before Discord, he ran a social gaming network, OpenFeint, which he sold in 2011 to the Japanese gaming company GREE for $104 million. Mr. Citron was considered by others in the gaming community to be innovative because he tried to keep gamers’ attention through social interactions with their friends, a new strategy in the nascent mobile gaming market.

“At least he tries to put something new into the market,” said Serkan Toto, a gaming analyst in Japan, adding that Mr. Citron’s reputation was “like a geek, in a good sense.”

Now, Mr. Citron finds himself running a prominent communications platform, a shift that he described as “surprising and wonderful and humbling.”

Discord is split into servers — essentially a series of chat rooms similar to the workplace tool Slack — which facilitate casual, free-flowing conversations about gaming, music, memes and everyday life. Some servers are large and open to the public; others are invitation-only.

The service doesn’t have ads. It makes money through a subscription service that gives users access to features like custom emojis for $5 or $10 per month. Discord also began experimenting in December with allowing some users to charge for access to their server, up to $100 a month, of which the company takes a 10 percent cut.

Discord made $130 million in revenue last year, according to a person familiar with the company’s finances who was not allowed to discuss it publicly, but company officials would not say whether it was profitable.

The company’s biggest shift occurred early in the pandemic. In June 2020, Mr. Citron and his co-founder and chief technology officer, Stanislav Vishnevskiy, wrote a blog post acknowledging that Discord had moved beyond video games and was working to become more accessible to all. Months earlier, the company had changed its motto from “Chat for gamers” to “A new way to chat with your communities and friends,” a nod to its wider audience.

That transition has come with growing pains. Discord has faced the same thorny questions as other social media companies about regulating speech, safeguarding against harassment and keeping young people safe.

Discord allows people to chat using fake names, and the task of ensuring that people follow its community standards is largely left up to the organizers of individual Discord servers. That gives the platform a “Lord of the Flies” feel, with groups of young people forming online societies and deciding their own rules.

In 2017, white nationalists gathered in far-right Discord servers to plan the “Unite the Right” rally in Charlottesville, Va. Discord executives, despite being aware that white nationalists were on the platform, did not bar them until after the rally had taken place, according to New York Times reporting.

In the aftermath, the company got more serious about content moderation. Mr. Citron said about 15 percent of the company’s employees work on trust and safety. The company began publishing biannual transparency reports in 2019 and bars those under 13 from Discord.

In its most recent report, Discord said it had received more than 400,000 reports of misbehavior between January and June, with about one-third related to harassment, and had banned more than 470,000 accounts and 43,000 servers.

The company’s efforts have not stopped frequent problems. People interviewed for this article, including some who were 11 or 12 years old, said they knew of many underage Discord users. And an internet search for eating disorder communities on Discord, for instance, revealed dozens of servers, some explicitly encouraging people to develop eating disorders, a violation of Discord’s community guidelines.

The company said it takes “immediate action” when it encounters violations like underage users or inappropriate content.

Many say they joined Discord for more wholesome reasons, like connecting with friends. The largest public servers, such as ones devoted to discussions of Minecraft or anime, have hundreds of thousands of members. They can be chaotic, with colorful memes, profanity and inside jokes.

Others are intended only for people who know one another in real life or share a particular interest. Some have strict rules prohibiting profanity, graphic content or discussions of politics. Server owners can deputize moderators to enforce the rules.

Clement Leveau, 21, has a powerful role on Discord: the owner of Kanye, a server hosting discussions of the eponymous artist, music, pop culture and other topics with more than 58,000 members.

Mr. Leveau, a New York City college student, wields ultimate authority, with the power to appoint moderators and imprison people who break community rules in a solitary confinement channel known as jail. He said that he tries to “let people be silly, have a place to unwind,” but that he does not tolerate hate speech or bullying. Because of the isolation caused by the pandemic, Mr. Leveau said, the bonds people have formed on Discord have become crucial.

Former Discord employees, investors and game industry observers say Mr. Citron has remained uncompromising in his vision for Discord as an independent company as it has grown.

Regarding turnover at Discord, the company said that its rapid growth had caused some parts of its business to change “dramatically” in a short period of time, which sometimes meant the “skills and the scope of work we need with our leadership team also changed just as quickly.”

Discord held deal talks this year with Microsoft about an acquisition that could have topped $10 billion, according to people briefed on the talks who were not authorized to speak about it publicly. The deal did not go through. (Microsoft declined to comment.)

Mr. Citron repeatedly declined to comment on conversations with other companies, saying only that Discord gets “a lot of interest.” He would not say whether he was considering taking the company public, but he said that “there’s only a few ways that these kinds of things play out.”