How Do You Make Teen Comedies Today? Buy a High School. 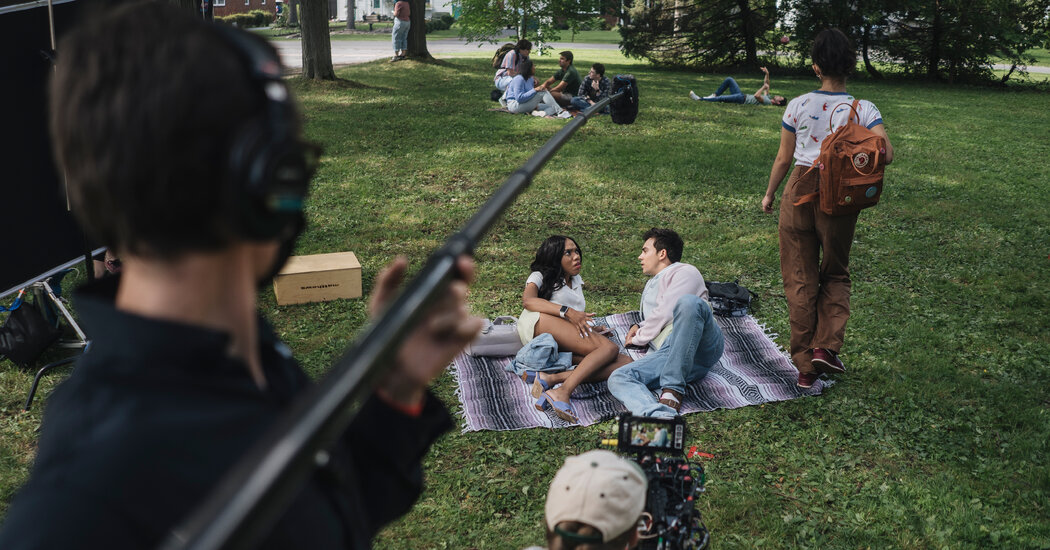 Chris Weitz, the co-director of “American Pie” and one of the producers of Ms. Cohen’s film, attributes the shift to technology that puts audiences in control.

“It was one thing when the gatekeepers, usually old fogies, controlled what kind of content was going to be put out about teens,” he said. “Now teens can get all kinds of content about themselves made by themselves, which gives them a greater sense of truth to them than something that any feature film producer would cook up.”

With that landscape in mind, Mr. Garelick decided to make the films really inexpensively on his own. If done correctly, they could easily be funneled onto streaming platforms, which are constantly on the hunt for new material, especially content that attracts the ever elusive teen audience.

He figured out if he shot two movies back-to-back in one location he could save one-third of his production costs. If he shot three, he could save half. He could be like the now begone film studio New Line, applying the “Lord of the Rings’” cost-savings method to the world of teen comedy. Peter Jackson relied on the verdant landscape of New Zealand for his Hobbit-driven epic.

Mr. Garelick would have an abandoned school.

“That’s when I had my ‘aha moment’” he said. “This is how I’m going to make my high school movies. Nobody out there is making them. Now is the time to get into it.”

In today’s complex content ecosystem, studios are spending more and more to lure general audiences to theaters with blockbuster franchise films while the streamers are primarily trying to keep their fragmented audiences glued to their services by offering niche content. Teen comedies might not have enough consistent commercial potential for the studios, but Mr. Garelick thought that if he could offer a consistent flow of films, surely a streaming service would bite. And if he were to find a location where he could take advantage of the tax incentives given by local governments, his dollars would go further and he could benefit from the support of the local community.

First, he needed a school, something brick and stately, at once lived-in but also easily adaptable for any high school scene. He thought of the basic settings in almost every teen comedy: a school gymnasium, a cafeteria, classrooms, hallways, an auditorium.