How Higher Prices This Holiday Season Could Cost Democrats, Too 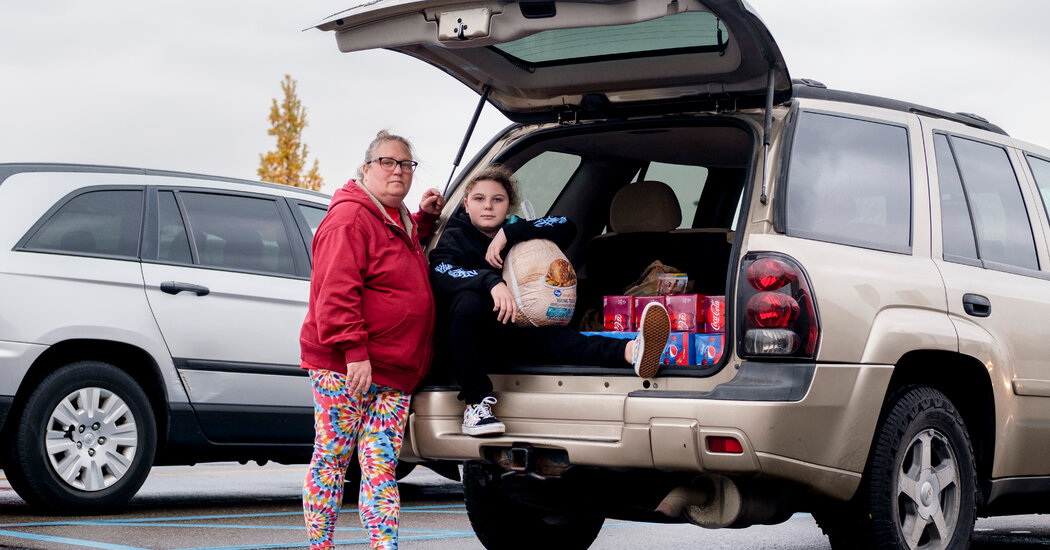 The president’s recent tour of ports, bridges and auto plants — which was meant to promote the infrastructure legislation — was overshadowed in part by inflation anxieties. As he test drove an electric Hummer at a General Motors plant in Detroit this week, his message of a future of zero-emission vehicles was eclipsed by a present in which Americans are driving more miles in conventional vehicles, contributing to soaring gas prices.

Representative Elissa Slotkin, a Michigan Democrat in a vulnerable House district, wrote to Mr. Biden this week that inflation was the most pressing concern of her constituents. A former C.I.A. analyst in Iraq, she urged the president to pressure Saudi Arabia to increase oil output.

Ms. Slotkin, who won her seat in the midterm wave of 2018, is one of two Michigan Democrats in highly competitive districts that include the Detroit suburbs. In the Trump years, Democrats had mixed results in the populous region, advancing in white-collar communities but losing ground with their traditional union supporters.

In an interview, Ms. Slotkin said that during a recent visit home, she heard constantly about the high costs of gas and groceries, and experienced them herself. “I buy groceries, I drive a ton,” she said. “Thanksgiving week is going to be more expensive by a long shot than last Thanksgiving.”

She acknowledged the political peril that rising consumer prices could pose for her party if it continues next year. “Kitchen-table issues affect Michigan and the Midwest more than any other national issue going on in Washington,” she said.

In interviews with voters in suburban Detroit, including from Ms. Slotkin’s district and that of the second vulnerable Democrat, Representative Haley Stevens, residents almost universally acknowledged the pain of rising prices on their budgets. But it was unclear, from their accounts, that Democrats would suffer politically. Most voters ascribed blame according to their party leanings — as they do on almost all issues in an era of hyperpolarization.

Margie Kulaga of Hazel Park, a Trump voter in 2020, said she paid 49 cents a pound, up from 33 cents a pound last year, for a 23-pound turkey that she had just bought from a Kroger market. Prices for meat and eggs have risen by 11.9 percent in the Midwest from a year ago, according to the Bureau of Labor Statistics.