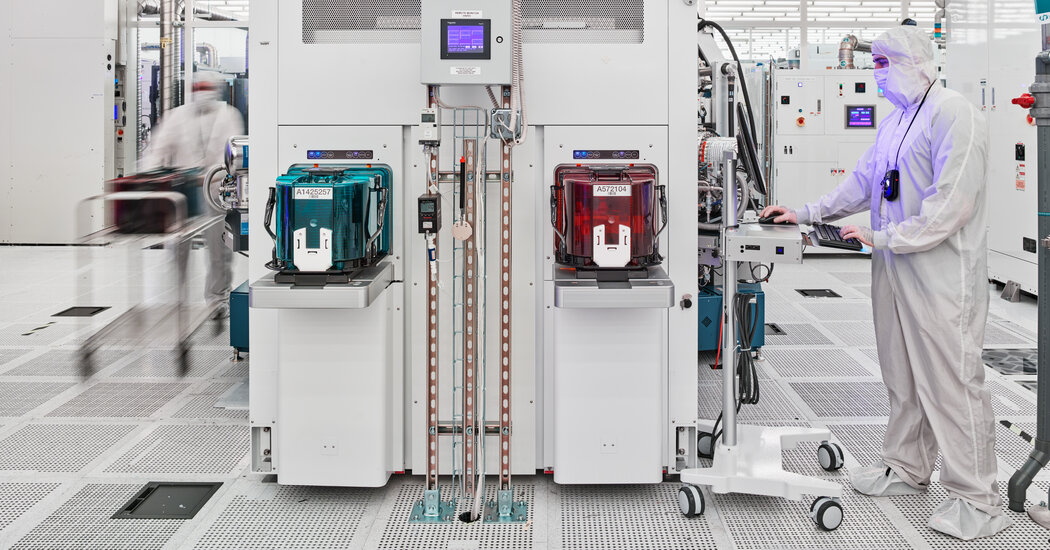 Infrastructure, conjuring as it does images of potholes and rusted water pipes, often goes overlooked; politicians would rather be associated with cutting ribbons than maintaining systems. Paradoxically, that has meant the great leaps in American infrastructure often come from moments of great lack: the greater the crisis, the larger the possible investment. The Great Depression led to the New Deal, which established the Federal Housing Administration and brought electricity to the rural United States; the Great Recession led to the American Recovery and Reinvestment Act, which directly funded improvements to 2,700 bridges and 42,000 miles of road.

In the 1930s, modernizing the country meant electricity. In the 2020s, it means broadband. “Our economy evolves and changes,” says Todd Schmit, an associate professor of applied economics and management at Cornell University, “and it’s really necessary now to think about broadband in an infrastructure space.” The digital divide is sharp in the United States: Census Bureau data shows that broadband access is concentrated in cities and in the Northeast, Florida and the West Coast. In rural areas and the South, West and Midwest, far fewer Americans have access. In the South, 111 counties have broadband subscription rates at or below 55 percent. The divide is often stark even within a state: In Virginia counties adjacent to Washington and Richmond, 85 percent of households have broadband; counties in the center of the state have less than 65 percent of households with subscriptions. According to research from BroadbandNow, a majority of counties in Alaska have zero access to broadband; in Mississippi and West Virginia, less than 60 percent of households have broadband access. A 2019 Arizona State University study found that nearly one in five tribal reservation residents had no home internet access.

This was all true before the pandemic, but when Americans were suddenly forced to work, learn, socialize and seek medical care online, the disparity in access became glaringly obvious — so obvious that lawmakers had no choice but to address it. The CARES Act opened the tap just a little, appropriating $100 million as grants for broadband in rural areas. In December 2020, the Consolidated Appropriations Act established more than $1.5 billion in broadband grants, including nearly $1 billion for tribes, which face some of the worst internet access in the country. The American Rescue Plan included $20.4 billion exclusively for broadband access, and gave states and localities about $388 billion in flexible funding that can be used for broadband. Across the country, this money is already teeing up projects to address digital disparities: satellite connectivity for remote tribes in Alaska, a grant program in rural Colorado, last-mile broadband deployment programs in Virginia, installing fiber cables in Arizona, improving outdoor connectivity in Georgia.

The $1.2 trillion infrastructure bill, signed into law on Nov. 15, will enable states to build on Covid-related funding. The CARES Act and the A.R.P. kept localities and companies moving forward rather than falling back during the pandemic; the infrastructure bill, which includes $312 billion for transportation, $65 billion for broadband and $108 billion for the electrical grid, takes an additional sizable step in that direction. But neither funding source includes the long-term investment needed for sustained progress.

Take the broadband build out as a key example: Out of the $65 billion allocated to broadband in the recent infrastructure bill, the bulk — $45 billion — is for installing broadband, compared with $17 billion for ongoing access and subsidy grants. “We’re going to give a big shot of investment for infrastructure and capital expenditures to build this system, but then we need to provide some subsidized assistance annually along the way, to keep it in the long-term,” Schmit says. “If you can build it, and then they get things going and everybody gets broadband, and in five years everybody’s bankrupt, then what have we solved?” The billions in federal funding may build access to broadband, but it offers no guarantee to sustain it, which is especially crucial for the rural broadband access that this legislation tries to address. Schmit studies broadband access in areas of upstate New York with fewer than 10 subscribers per mile, where offering service often isn’t cost-effective.

“If we can agree that access to broadband is a public good — for educating our children, for access to health care, for expanding business opportunities — there should be a defensible basis for government assistance in funding the operations of those programs,” he says. “But I think that’s a harder story to tell.”

Charley Locke is a writer, an editor and a story producer who often works on articles for The New York Times for Kids. Christopher Payne is a photographer who specializes in architecture and American industry. He has documented many industrial processes for the magazine, including one of America’s last pencil factories, Martin guitars and The Times’s own printing plant.