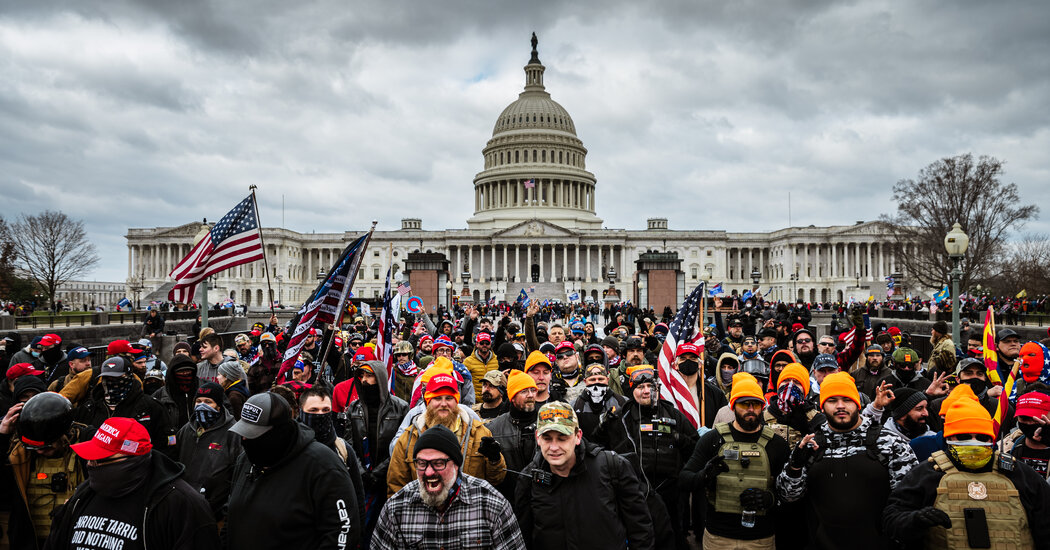 “Donald Trump and a lot of folks in his orbit were frankly ahead of the curve when it came to raising funds and organizing behind candidates who backed the big lie,” said Miles Taylor, a former official in Mr. Trump’s Department of Homeland Security who this year helped to start the Renew America Movement, an organization supporting Republican and Democratic candidates running against Trump-backed Republicans.

Mr. Taylor said that while his group was now active in congressional races, it did not yet have the resources to compete against Trump-endorsed candidates in state contests. Nor was the Democratic Party capable of filling the void, he said: “In a lot of these places, Democrats have no hope of winning a statewide election, and all that matters is the primary.”

In other areas, Democrats are disadvantaged by pre-existing political losses. In 23 states, Republicans control both state legislatures and governors’ mansions. Democrats control both in only 15 states.

The legislatures that Republicans now control have in the past year become laboratories for legislation that would remove barriers that stood in the way of Mr. Trump’s efforts to overturn the 2020 results. In seven states this year, lawmakers proposed bills that would have given partisan officials the ability to change election results in various ways. Although none passed, Republican-led legislatures in Arizona and in Georgia passed laws that directly removed various election oversight responsibilities from the secretaries of state — legislation that appeared to directly target specific officials who had been vilified by Mr. Trump.

“We’ve never seen anything like that before,” said Wendy Weiser, the vice president for democracy at the Brennan Center for Justice at New York University School of Law, who co-wrote a recent report on the new state-level legislation.

Ms. Weiser and other advocates have called for federal legislation to head off such efforts. “We must have that in order to have a comprehensive response,” said Norm Eisen, co-chair of the States United Democracy Center. But with the Democrats most likely to lose one or both houses of Congress in the next two election cycles, the time to pass it is fleeting.

Several election and voting rights reform bills have foundered this year upon unified Republican opposition in a Senate where Democrats hold a one-vote majority. Ten Senate Republicans would need to break ranks in order to overcome the party’s filibuster of the legislation. Only one, Lisa Murkowski of Alaska, has voted for any of the bills so far.