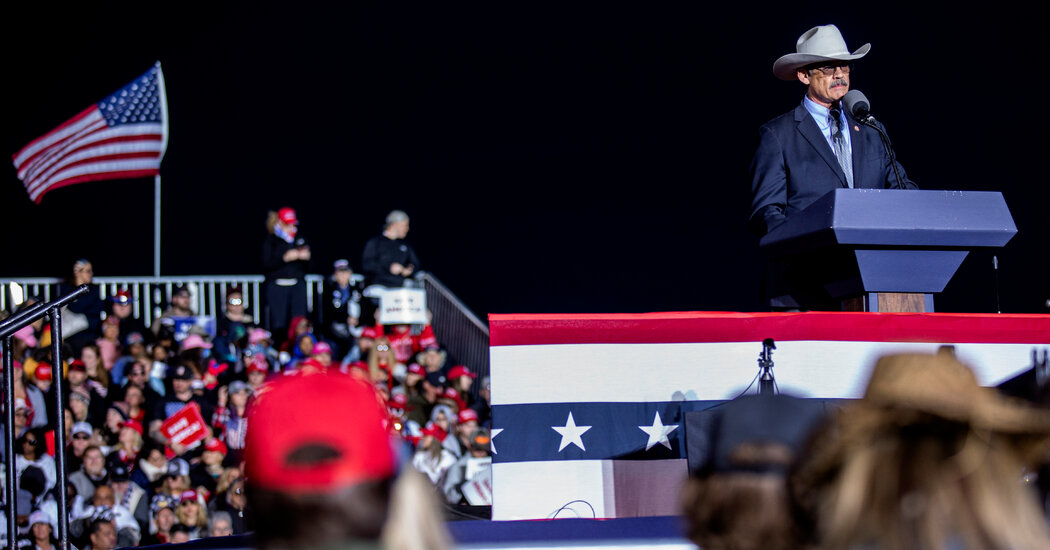 The two memos were used by Mr. Trump’s top lawyer, Mr. Giuliani, and others like John Eastman as they developed a strategy intended to exploit ambiguities in the Electoral Count Act, according to a person familiar with the matter.

The subpoenas are the latest step the committee has taken to investigate the plans to use electors who falsely attested Mr. Trump had won their states.

Those who signed on to the fake slates of electors were mostly state-level officials in the Republican Party, G.O.P. political candidates or party activists involved with Mr. Trump’s re-election campaign.

Those subpoenas came after the Justice Department said it was investigating the fake electors.

Ultimately, Mr. Pence rejected plans to throw out the legitimate electoral votes in favor of those false slates for Mr. Trump.

Marc Short, Mr. Pence’s chief of staff, recently testified privately before the committee. In a television interview this month, he said Mr. Pence was aware of the so-called alternate electors, but did not believe it was appropriate to accept slates not chosen by the voters.

“There were discussions about alternative slates in certain letters that we received,” Mr. Short told NBC. “But, you know, when we had a conversation with the parliamentarian, she made it clear that, candidly, every year they receive notes from random Americans saying, ‘Here’s my slate of electors.’ Unless they’re certified by the state, they’re candidly meaningless.”