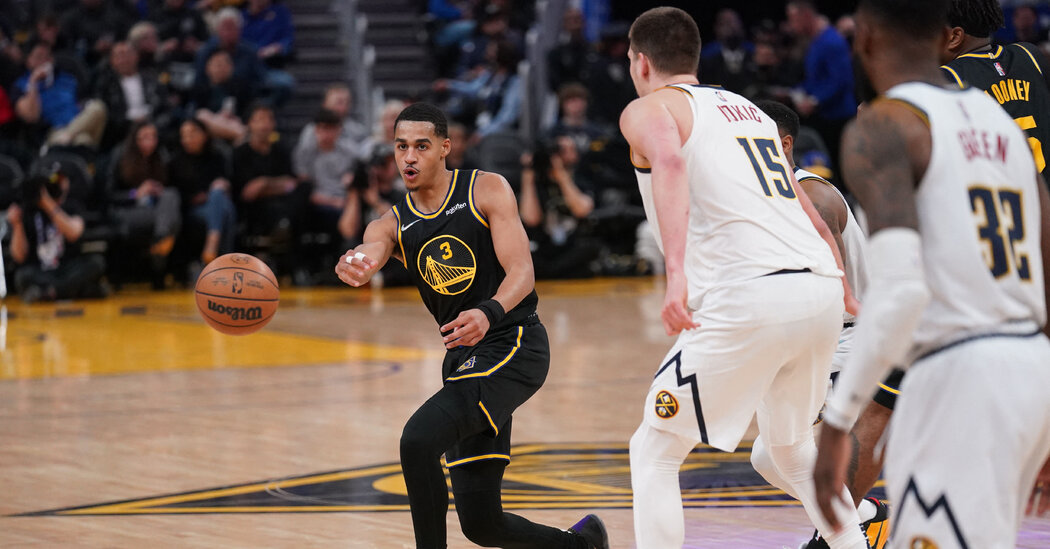 Early in the 2019-20 season, as the Golden State Warriors were in the initial stages of amassing the worst record in the N.B.A., Coach Steve Kerr tried to offer some perspective. He knew that he had been enjoying a charmed life in the Bay Area. Now, it was time to teach and develop. He had no choice.

“The tough part is obviously losing,” he said in an interview after a morning shootaround at the time. “But it’s a great group, and they’re really fun to work with. They’ve got great energy, they’re competing and they’re learning.”

Jordan Poole was a first-year guard out of Michigan shooting a less-than-robust 33.3 percent from the field as a rotation player. But he started 14 games and averaged more than 22 minutes per game overall because Kerr did not have many other options.

Klay Thompson was out for the season after knee surgery. Stephen Curry had broken his left hand and would appear in just five games. Kevin Durant had left for the Nets. Draymond Green would miss more than 20 games with various ailments as the Warriors boarded an express train to the draft lottery.

There were no guarantees that Golden State would be able to reassemble its championship pieces, a dream that became even murkier when Thompson ruptured his Achilles’ tendon in the fall of 2020, an injury that sidelined him for an additional season. Nothing was assured. Golden State had shown how quickly dominant teams could crumble.

Now, as they close in on winning their first playoff series since 2019, the Warriors are back — and, in some important ways, the team is reminiscent of the juggernaut that advanced to five straight N.B.A. finals, between 2015 and 2019, winning three titles. Same high-octane formula. Same stylish swagger. Only the team’s supporting cast has changed, highlighted by the emergence of Poole in Golden State’s first-round playoff series with the Denver Nuggets.

At 22, Poole is using his lanky 6-foot-4 frame to shake defenders and create space for himself off the dribble. He is scoring from the 3-point arc, at the rim and from the foul line, where he led the N.B.A. in free-throw percentage this season. Shaped by the past three seasons, and molded by mentors who are identifiable by their first names, Poole has given a championship-tested core an enormous boost.

“The fun part is seeing Jordan in it for the first time,” Kerr said after Golden State’s 118-113 win in Game 3 on Thursday. “We’ve got an interesting mix with all these vets who have been there, and we’ve got some young guys who are getting a taste of what it’s like.”

Ahead of Game 4 on Sunday afternoon, the Nuggets are in trouble. Absent the injured Jamal Murray and Michael Porter Jr., they have a depleted roster and virtually no chance. The Nuggets still employ Nikola Jokic, who did everything he could in Game 3, collecting 37 points and 18 rebounds, but no team has ever come back from a three-games-to-none deficit in the N.B.A. playoffs. Denver is not likely to be the first, not against the likes of Curry, Thompson and Green, who have played in a combined 367 postseason games.

On Thursday, all three boarded their collective time machine back to the old days — before the injuries and the playoff drought and the questions about whether they could recapture their magic. Curry leaked out in transition and shuffled a no-look pass to Thompson for a layup. Green effectively sealed the win by stripping Jokic, then screamed at the opposing crowd. Curry pretended to go to sleep. Translation? Game over.

“What a fun night at the office,” Thompson said. “The ball is just flying around.”

It was a script lifted straight from 2015. Even Andre Iguodala, now 38 and one of the oldest players in the league, got in on the fun by soaring for a dunk.

“Vintage Andre,” said Kerr, who was not surprised that his players seemed fueled by Denver’s crowd. “These guys have been around the block a few times, so they’re not fazed by this stuff.”

And then there is Poole, who is new to the neighborhood, having appeared in three career postseason games, all against Denver. He scored 30 points in Game 1, 29 in Game 2 and 27 in Game 3. In the process, he has continued to absorb lessons from his more experienced teammates.

“Just being out there with those guys late in the game and in that moment was extremely special because you get to see how locked in and how focused they are,” Poole said, adding: “They allow me just to be me.”

Poole’s development was not a straight line. When he was coming out of college, teams had concerns about his defense and his shot selection. Mike Dunleavy Jr., one of Golden State’s assistant general managers, scouted him at the Big Ten tournament and saw potential. Golden State selected him with the 28th overall pick in 2019.

Poole has had his share of growing pains. Last season, he even dipped down to the G League for 11 games. Now, he has surfaced as one of the team’s most explosive options.

“I’ve seen him put in so much work behind the scenes,” Thompson said.

Poole has created a unique problem for Kerr, who has been bringing Curry off the bench in the series as he builds his minutes after a late-season foot injury. Curry has gracefully accepted the role (for now), saying everyone is going to get their minutes. And Kerr has shown an increased willingness to play a small-ball lineup that features Curry, Thompson, Andrew Wiggins and Poole, with Green operating as the centripetal force. It is a throwback of sorts to the famed Hamptons Five lineup that included Durant, and to the so-called Death Lineup that preceded that one. This third iteration just needs a nickname.

Poole has been so good, and so unflappable, that his coaches and teammates have resorted to being nitpicky. Late in the fourth quarter of Thursday’s game, with the result still in doubt, Poole had an open look at a 3-pointer. Instead of firing away, he drove to the hoop where he met Jeff Green, a 6-foot-8 forward. Poole treated him like a theater prop.

“I probably would’ve preferred the corner 3 in that case,” Kerr said. “But he went in and made a circus shot.”

Curry said the win was something that Poole, along with the rest of the team’s young players, could build on. A little bit of youth? A whole bunch of experience? For Golden State, the puzzle is almost complete.