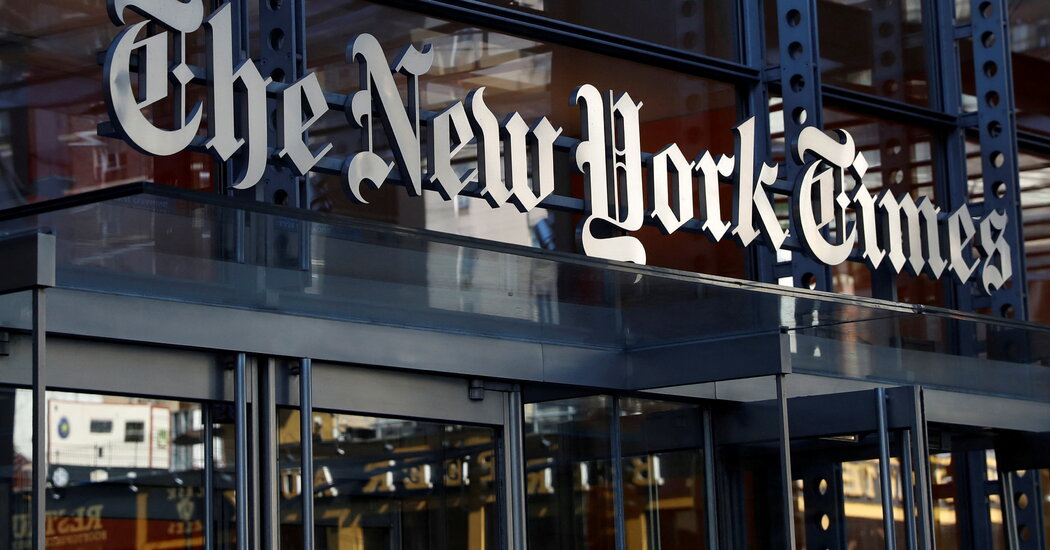 A New York State appeals court on Tuesday temporarily lifted a judicial order requiring The New York Times to turn over or destroy copies of legal memos prepared for the conservative group Project Veritas, in a case that has drawn the focus of First Amendment and journalism advocates.

The stay, issued by the Appellate Division of New York State Supreme Court, followed objections by The Times to an order issued late last week in an escalating legal dispute between the newspaper and Project Veritas, which is suing The Times for defamation.

But one major component of that order, issued by a trial judge, Justice Charles D. Wood of State Supreme Court in Westchester County, will stay in place: The Times remains temporarily barred from publishing the Project Veritas documents. The newspaper said it had not sought an immediate lifting of that element of the order but instead had asked for an expedited hearing.

The Appellate Division asked Project Veritas to file its response by Jan. 14, declining the request by The Times for an earlier deadline.

A lawyer for Project Veritas, Elizabeth Locke, said on Tuesday that the group “joined The Times in its very limited request to maintain the status quo to allow appellate review because the proper administration of justice is paramount to American democracy, the First Amendment and the press’s freedom under it.”

A Times spokesman said: “We are pleased that parts of an unconstitutional order have been stayed, and we look forward to having the Appellate Division fully vacate the Supreme Court’s order.”

A.G. Sulzberger, the publisher of The Times, said in a statement last week that Justice Wood’s order “had no apparent precedent,” adding: “This ruling should raise alarms not just for advocates of press freedoms but for anyone concerned about the dangers of government overreach into what the public can and cannot know.”

The order stemmed from a libel lawsuit that Project Veritas filed against The Times in 2020 that accused the newspaper of defamation.

Unrelated to the lawsuit, the Justice Department began investigating Project Veritas and its provocateur leader, James O’Keefe, for its possible role in the theft of a diary belonging to President Biden’s daughter, Ashley.

In its coverage of the investigation, The Times quoted memos prepared by a Project Veritas lawyer that predated the libel lawsuit and described strategies for ensuring that the group’s reporting tactics remained legal. (Project Veritas often engages in deceptive practices, including the use of fake identities and hidden cameras to embarrass liberals, the news media and others.)

Ms. Locke, the lawyer for Project Veritas, said last week that Justice Wood’s order “affirms the sanctity of the attorney-client relationship,” and accused The Times of being “a vehicle for the prosecution of a partisan political agenda.” Mr. O’Keefe said The Times was “blinded by its hatred of Project Veritas.”

First Amendment lawyers and press advocates have argued that by placing restrictions on The Times’s ability to report on the activities of Project Veritas, Justice Wood breached the newspaper’s speech rights and was effectively deciding whom and what The Times could report on.

In arguing for a stay on the requirement that it turn over and destroy documents, The Times told the appeals court that such actions “will be impossible to undo even if this court subsequently grants The Times’s appeal in full, and thus will in the most literal sense irreparably harm The Times’s ability to research and report to the public on Project Veritas.”