Jurors end deliberations for a second day in the trial of Elizabeth Holmes. 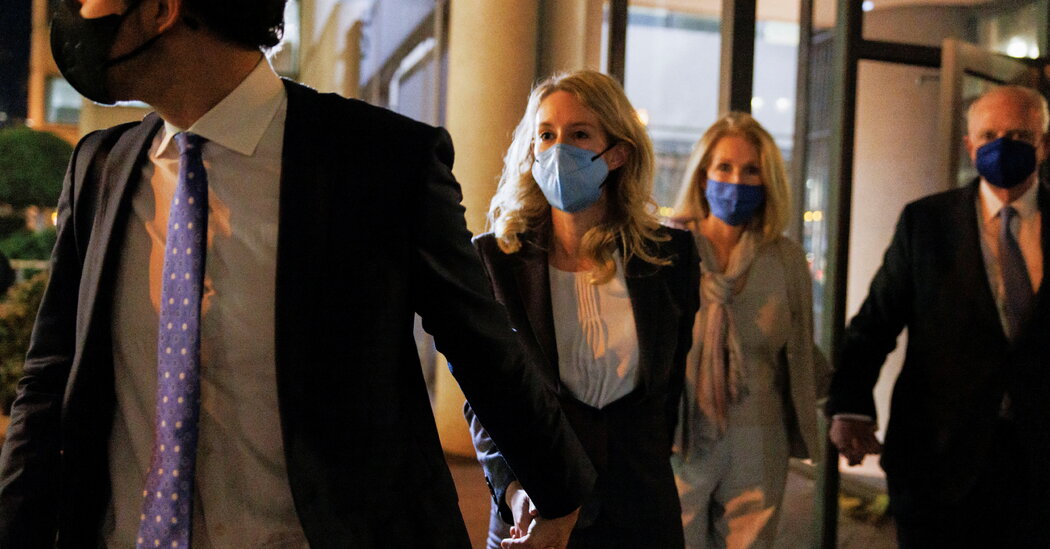 Jurors ended deliberations for a second day on Tuesday in the fraud trial of Elizabeth Holmes, the founder of the blood testing start-up Theranos.

Ms. Holmes, who has pleaded not guilty, faces 11 counts of wire fraud and conspiracy to commit wire fraud. Closing arguments in the case concluded last week. On Monday, jurors began deliberating at around 8:30 a.m. They left the courthouse around 4 p.m.

On Tuesday, the jury of eight men and four women again began deliberating around 8:30 a.m. and stayed all day, at one point asking the judge if they could review jury instructions at home. (The answer was no.) Additional time is scheduled for Thursday. Further days will be scheduled if needed.

The deliberations are the final stage of the nearly four-month trial, which has drawn long lines of spectators eager to watch a high-profile Silicon Valley entrepreneur defend herself in a case viewed as a referendum on start-up culture.

Before her company faltered, Ms. Holmes, 37, exemplified the genius founder. She founded Theranos in 2003, dropped out of Stanford University the next year to focus on the company and raised $945 million from investors. At its peak, Theranos was valued at $9 billion.

Ms. Holmes also sold her entrepreneurial vision and styled herself as a Steve Jobs-like founder, down to wearing a uniform of black turtlenecks. She became a billionaire on paper, graced the covers of many magazines and was widely celebrated.

But a 2015 Wall Street Journal investigation found that Theranos had inflated many of its claims about its technology and business relationships. The company officially shut down in 2018.

A verdict in the case boils down to intent. Prosecutors argued that Ms. Holmes purposely deceived investors and patients as she sought investments and business for her start-up. The defense sought to paint her as a well-meaning entrepreneur whose failure was not a crime.

Testimony from Ms. Holmes anchored the defense’s case. She blamed senior lab employees for her company’s problems, argued that her own actions were misunderstood and said she had believed her claims about Theranos’s technology. She also said Ramesh Balwani, her ex-boyfriend and Theranos’s former chief operating officer, had emotionally and physically abused her, accusations he has denied.