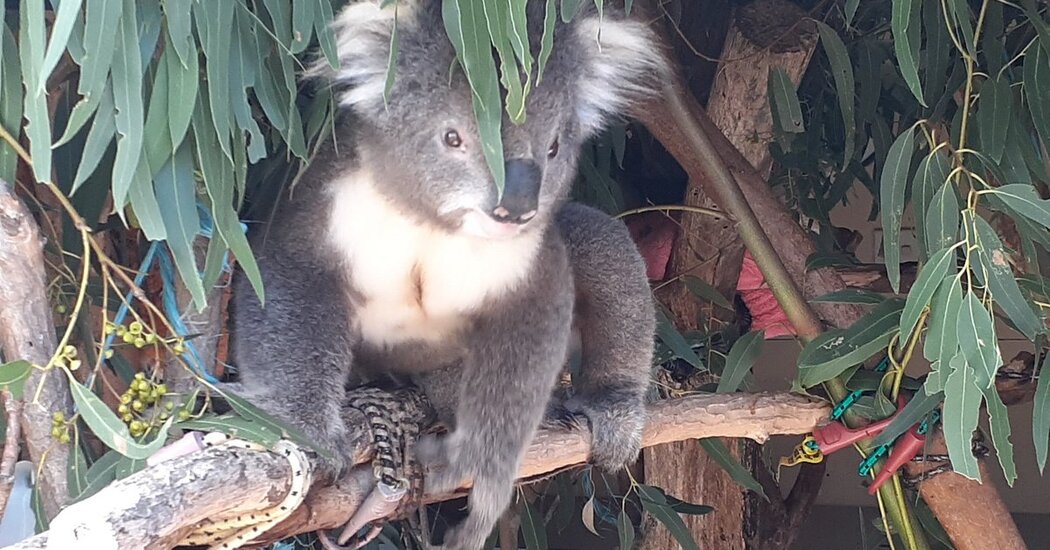 MELBOURNE, Australia — An Australian landowner and two companies have been hit with hundreds of animal cruelty charges after a land-clearing operation last year led to the deaths of 70 koalas, an episode that one lawmaker described as a “massacre.”

The authorities discovered dozens of dead, injured or starving koalas on private property in Cape Bridgewater in southwest Victoria in February of last year, after the landowner and a forest and earth-moving business cleared their habitat, the state’s conservation regulator said in a statement on Wednesday.

The operation wreaked havoc on more than 200 koalas, causing “unreasonable pain or suffering to dozens,” the regulator said.

Animal activists said that trees had been bulldozed with the koalas still in them.

“Some were killed instantly, their bodies found trapped under heavy branches or strewn amongst piles of felled trees,” according to the conservation group Animals Australia, which sent veterinarians to the scene. “Some suffered traumatic injuries and broken bones. Some were orphaned, and others were found huddled together in the few remaining trees left on the property.”

The authorities found 21 dead koalas on the site, and an additional 49 that were found starving, dehydrated or suffering from fractures had to be euthanized. Seventy more koalas were treated for injuries, and 120 others were released back into the wild.

The deaths prompted national outrage when they were first reported by a resident on social media, and the Victoria state government vowed that those responsible would be punished.

The property owner and business were charged with more than 250 animal cruelty offenses, including 36 counts of aggravated cruelty charges for causing fatal injuries. Another contracting company was charged with a cruelty offense. The authorities did not identify the landowner or the businesses.

The case is scheduled to be heard in court in February. The maximum penalty for one charge of aggravated animal cruelty leading to death is $157,000 for a business and $65,500 or two years’ imprisonment for an individual.

Andy Meddick, a Victoria state lawmaker who is a member of the Animal Justice Party, said he was “relieved” that “hundreds of charges were laid for the Cape Bridgewater koala massacre.” He added, “I visited the site myself and saw the aftermath, and it was one of the worst things I’ve experienced.”

Koalas are a protected species in Australia, and the marsupials are listed as vulnerable in the states of New South Wales, Queensland and the Australian Capital Territory. Their numbers were severely affected by the catastrophic 2019 fires that burned millions of acres in the country. Many were rescued, singed and dehydrated, from the wild.

While koalas have evolved to adapt to wildfires, the animals are facing new threats from climate change and human development, which have dislocated local populations, impairing their ability to survive fires. In some regions, scientists say, koalas’ numbers have declined by up to 80 percent, though it is difficult to know how many remain across Australia.

They are also susceptible to chlamydia, which can lead to infertility and death. Some surveys of koala populations in Queensland have suggested that at least half of wild koalas are infected with the disease.

This shared susceptibility with humans has led some scientists to argue that studying, and saving, koalas may be the key to developing a chlamydia vaccine for humans.

Last year, the Australian government began an effort to count the population of the native marsupials and record where they live — a daunting operation, since koalas are not easy to spot in the wild. When the marsupials are high up in trees, staying still and obscured by canopy, they’re easy to miss with the naked eye. So the government deployed heat-seeking drones, acoustic surveys and detector dogs.