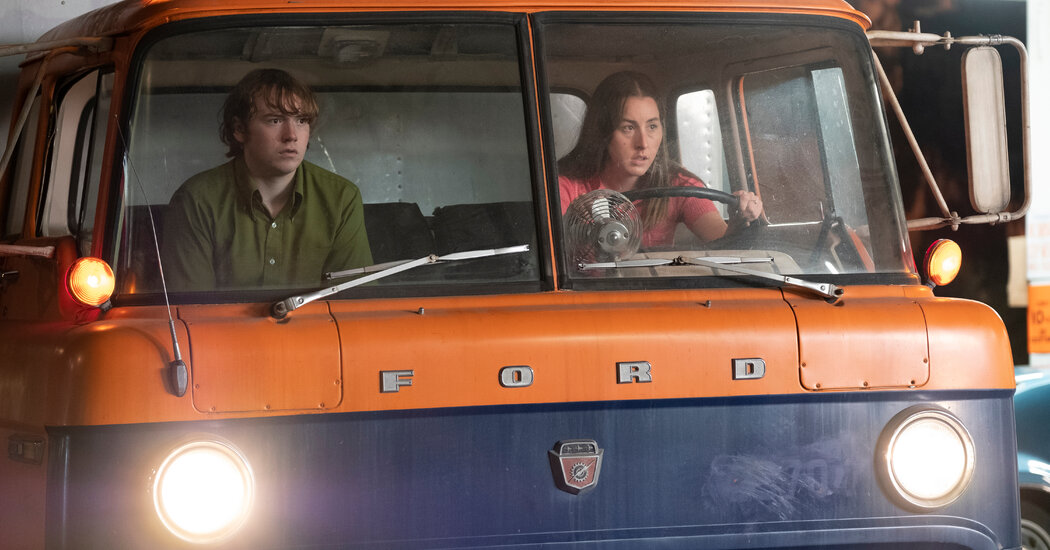 These moments are cheap and stupid and add nothing to a movie that throws out a great deal to alternating scattershot and lasered effect: the OPEC oil crisis, water beds, the silhouette of palm trees against a night sky and the kind of stars who no longer shine bright. One of the recurrent beats that Anderson hits best in “Licorice Pizza” is what it’s like to live in a company town like Los Angeles, where everyone is in the business, seems to be, or wants to be, and so keeps hanging on to Hollywood and its promise, whether it’s Gary or the faded and midlevel stars idling in the neighborhood joint. There, Sean Penn roars in as a old-studio lush as Tom Waits and other pals grin on the sidelines.

Throughout, Alana keeps fuming and blazing, steadily lighting up Gary and the film as brightly as Fourth of July fireworks, even as the story slides here and there, and gathers and loses momentum. The movie doesn’t always know what to do with Alana other than dog after her, and it’s a particular bummer that while Anderson makes her an object of love and lust, he shortchanges her sexual desire. Alana may be lost, but she isn’t dead, quite the reverse. She’s a woman who’s alive to the world and aware of her own attraction. But she’s a blank libidinally, as virginal and safe as a teen-comedy heroine. She doesn’t even ask Gary to pleasure her, not that he would know what to do.

Alana deserves better, dammit! Everyone knows it (OK, not Gary) even the Hollywood producer based on the real Jon Peters (a sensational Bradley Cooper) knows it. Resplendently fuzzed, a white shirt framing his chest hair, a kilo of coke (probably) up his nose, Peters appears after Gary starts a water bed company. The business is a long, not especially good story, but Peters, who’s dating Barbra Streisand, wants a bed and he wants it now. This initiates a tour de force sequence in which Alana, who’s helping Gary run things, natch, takes the wheel of a monstrous moving truck. She’s a natural, a genius, Streisand, Andretti, a California goddess, and, as she brakes and slows and goes, Alana gives you a vision of perfection and “Licorice Pizza” the driver it needs.