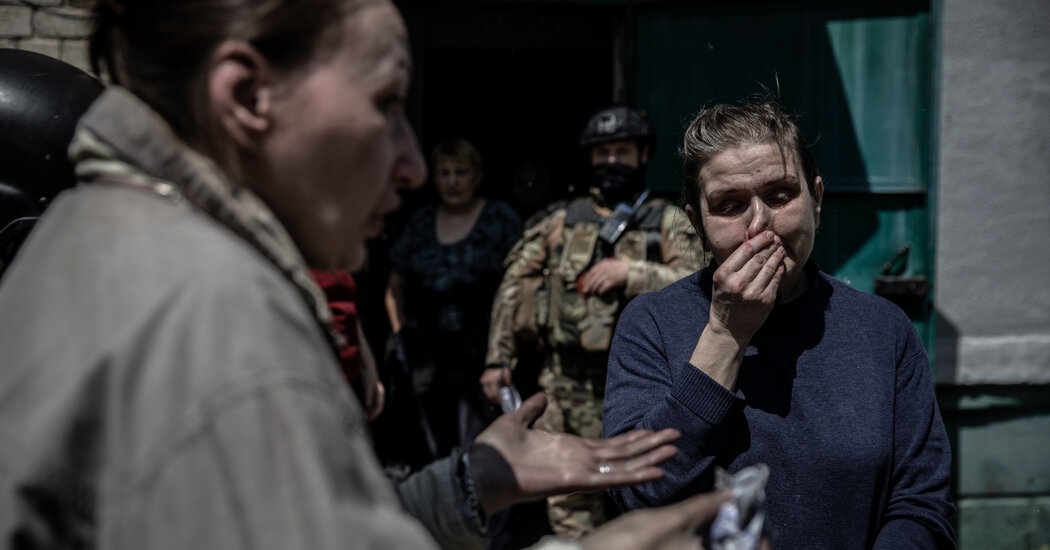 Boris Bondarev says President Vladimir V. Putin of Russia could have spent the last two decades “developing the country” but instead turned it “into some kind of total horror, a threat to the world.”

A midlevel diplomat at Russia’s United Nations mission in Geneva, Mr. Bondarev on Monday became the most prominent Russian official to resign and publicly criticize the war in Ukraine since the invasion on Feb. 24.

“For 20 years of my diplomatic career I have seen different turns of our foreign policy but never have I been so ashamed of my country as on Feb. 24 of this year,” Mr. Bondarev said in an email to colleagues.

While his blistering message was unlikely to reach most Russians given the state’s domination of the news media, his resignation showed that discontent lurks in Russian officialdom despite the facade of national unity that the Kremlin has worked to create.

“Those who conceived this war want only one thing — to remain in power forever, live in pompous tasteless palaces, sail on yachts comparable in tonnage and cost to the entire Russian Navy, enjoying unlimited power and complete impunity,” Mr. Bondarev said in his email. “To achieve that they are willing to sacrifice as many lives as it takes.”

The resignation came on the same day that President Volodymyr Zelensky of Ukraine told the world’s political and business leaders that they needed to go much further to punish Moscow for invading his country. Speaking by video link to the World Economic Forum, Mr. Zelensky called for sanctions to be pushed to the utmost, for Russia be cut off from international networks and for foreign businesses to halt operations in Russia.

Mr. Bondarev’s message was the latest instance of unrest in the Russian elite to emerge in the public eye.

Mr. Putin’s climate envoy, Anatoly Chubais, stepped down and left the country in March, reportedly because of his opposition to the war, but he has not commented publicly. Several Russian state television journalists have quit, including an employee who stormed off the set of a live news broadcast with an antiwar poster. And some business leaders have spoken out, including a banking tycoon who said the Kremlin had forced him into a fire sale of his assets because of his opposition to the war.

In a phone interview from Geneva, Mr. Bondarev said that while he believed he was in the minority among Russian diplomats for opposing the war, he was not alone. He said that he knew several diplomats who had resigned quietly after the war began, though it was impossible to verify that claim.

“There are people — not so few — who think as I do,” he said. “But most, I think, are still in the thrall of this propaganda that they receive and that they, in part, create.”

The Kremlin has gone to extraordinary lengths to silence dissent on the war. On state television, the war’s opponents are regularly branded as traitors. A law signed by Mr. Putin in March punishes “false information” about the war — potentially defined as anything that contradicts the government line — with as much as 15 years in prison. Partly as a result, virtually no government official had spoken out publicly against the invasion until Mr. Bondarev’s resignation.

Still, Mr. Bondarev said that responsibility for the war goes beyond Mr. Putin and includes the Russian Foreign Ministry. Russian diplomats, he said, were complicit in making it seem like Mr. Putin could achieve an easy victory in Ukraine.

“They got Ukraine wrong, they got the West wrong, they basically got everything wrong,” Mr. Bondarev said, referring to the Kremlin’s view of the world before the invasion. “We diplomats of the Foreign Ministry are also at fault for this, for not passing along the information that we should have — for smoothing it out and presenting it as though everything was great.”

Mr. Bondarev, part of the team working on arms control and disarmament at Russia’s Geneva mission, said he had seen misleading information cabled to Moscow in recent weeks.

“Instead of presenting your own analysis as objectively as possible along with your suggestions on how to proceed, we often presented information that was certain to be liked,” he said. “That was the main criterion.”

In his email to colleagues, he said that he “should have stepped down at least three months ago,” when Russia invaded, but that he had delayed because he had unfinished family business and “had to gather my resolve.”

In the interview, he said that he had grown disenchanted with Russian government service even before the invasion, “when we were not yet such pariahs,” but that he had stayed on because of the decent pay and interesting work trips and people he met.

Russia’s state media did not immediately report on Mr. Bondarev’s resignation, and the Foreign Ministry had not commented as the end of the workday approached in Moscow. Mr. Bondarev, who is listed as a counselor at the Russian mission on the United Nations website, confirmed his identity in a video call with The New York Times and by sending an image of his diplomatic passport.

Mr. Bondarev said that what had most disturbed him at his workplace since the invasion was the nonchalance with which some of his fellow Russian diplomats chatted about possible nuclear strikes against the West — even though they worked in arms control. On Russian state television, commentators have raised the specter of nuclear conflict with increasing frequency while casting the fighting in Ukraine as a proxy war of the West against Russia.

“They think that if you hit some village in America with a nuclear strike, then the Americans will immediately get scared and run to beg for mercy on their knees,” Mr. Bondarev said, describing his colleagues’ comments. “That’s how many of our people think, and I fear that this is the line that they are passing along to Moscow.”

He said that when he had suggested to his colleagues that perhaps they did not want their children to live in “radioactive ruins,” they would chuckle and say that “this is about values” — echoing Mr. Putin, who in trying to justify his invasion has often described Russia as fighting for “traditional values” against a decadent West.

But Mr. Bondarev said that Mr. Putin’s war was really about the president’s effort to stay in power amid a stagnating economy and gathering public discontent, and a lack of an ideology to mobilize the masses.

“How can you stay and preserve power, without losing it in the face of such objective difficulties?” he asked. “You have to invent a war.”

Mr. Bondarev said he did not yet have any firm career plans. On LinkedIn, after posting his resignation statement, he wrote: “Job offers are welcome.”