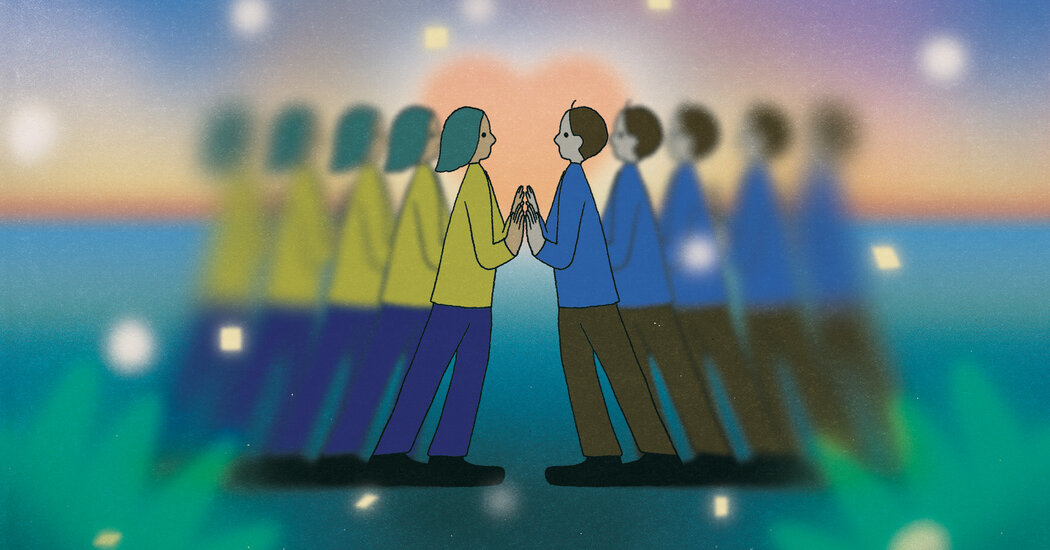 After my breakdown, I tell Bill I’m going to need some time to myself. I can’t keep everyone glued together anymore. Bill apologizes. He says traveling has been stressful. He mentions that we’ve been walking a lot, which is hard on his bad knee. He reminds me how he broke his tooth on a piece of hard bread in Melbourne, a story he’s told to every single person we’ve encountered since Melbourne.

“I remember,” I reply, wishing I didn’t.

Marriage requires amnesia, a mute button, a filter on the lens, a damper, some blinders, some bumpers, some ear plugs, a nap. You need to erase these stories, misplace this tape, zoom out, slowly dissolve to black. I start to spend more time in my head. I start to daydream more.

Surviving a marriage requires self-care, time alone, time away, meditation, escape, selfishness. I can’t blame him for being high strung, I tell myself on a walk around the island alone, headphones on, bird poop raining down every few feet. I can’t get mad just because he’s a regular mortal with flaws. When I blame him, I just feel guilty, and then I start to blame myself. But I’m just a regular mortal with flaws, too.

After several nights on the island, Bill and I start to tell the kids to walk back to the hotel room after dinner and use their phones for as long as they want. Then we have a drink and stare at the ocean without them. We talk about each kid’s breakdown of the day: What did the older one hate today? Which decision did the younger one question?

During these talks, I encourage Bill to be more like me: Give up control. Relax. Let these birds make their noises, and they’ll quiet down quickly. When you treat them like they’re doing it wrong, it only gets worse.