McConnell to Manchin: We’d Love to Have You, Joe 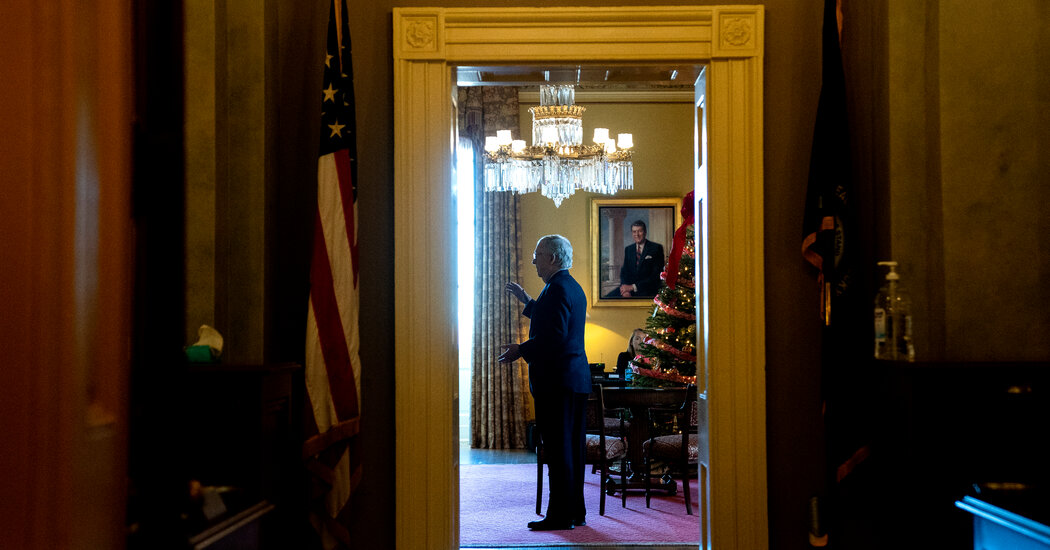 “I think it was a much smarter play to support the infrastructure bill,” he said. “I think it was, A, good for the country, and B, smart for us politically.”

Democrats have not given up on either the social policy bill or winning over Mr. Manchin, meaning Mr. McConnell and Senate Republicans will have to maintain their campaign against the legislation into the new year. Senator Chuck Schumer, the New York Democrat and majority leader, also intends to press forward with voting rights measures fiercely opposed by Mr. McConnell and is threatening to try to change Senate rules if Republicans try to filibuster it again.

Democrats say Mr. McConnell is being complicit in allowing some states to impose new voting restrictions meant to target voters of color, a charge he rejects, saying that the impact of the new laws is being exaggerated. He said he was relying on Senator Kyrsten Sinema, the Arizona Democrat who recently reaffirmed her opposition to changing filibuster rules, to hold steady.

“Kyrsten Sinema has been quite unequivocal that she is not going to break the Senate and eliminate the legislative filibuster,” he said. “Thank goodness for that.”

One area where Mr. Biden and Senate Democrats have posted some victories is on judicial confirmations, with 40 judges being seated in the president’s first year, a number well in excess of other recent presidents. It is a subject of special interest to Mr. McConnell, since he spent the Trump era pushing conservative judges through the Senate.

“Look, there’s some advantages to having the White House,” he said. “I’m not surprised, but the three Supreme Court justices and the 54 circuit judges we did are still there and I think will be good for the country for a long time to come.”

Mr. McConnell said he believed his party’s performance this year and the struggles of the Democrats were setting Republicans up for a strong midterm election next year and his potential return to running the Senate no matter what party Mr. Manchin is in. Despite Mr. Trump’s efforts to encourage candidates he favors in key Senate races, Mr. McConnell said he was intent on avoiding the type of primary contests that in the past have hurt Republicans by saddling them with primary winners who falter in general elections.