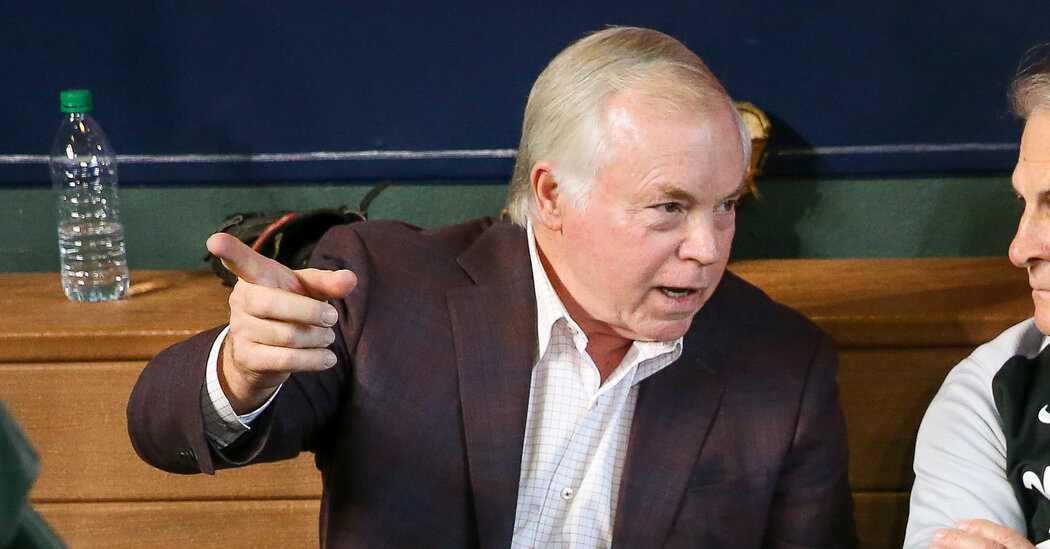 The Buck Showalter Experience pulled into Queens on Saturday, when the Mets became the fifth team to hire Showalter as manager. He has guided the Yankees, the Arizona Diamondbacks, the Texas Rangers and the Baltimore Orioles for more than 3,000 games, but the dugout cannot always contain him.

Once, before a game in Texas, Showalter met with a visiting television crew and told them how nice it felt to focus simply on managing. Then he talked about a potential trade the team could make. And a minor-league pitcher who needed to throw more changeups. And a way to change the pattern of the grass at the Rangers’ ballpark, so outfielders’ throws would skip faster to the plate.

“That was amazing,” said Steve Phillips, who was part of that broadcast crew. “He just got done saying that he loved it there because all he had to do is worry about being the manager — and one conversation, he was the general manager, the farm director and head groundskeeper!”

Showalter, 65, has never won a pennant but is widely respected for his preparedness and attention to detail. A three-time winner of the manager of the year award — in 1994 with the Yankees, in 2004 with the Rangers and in 2014 with the Orioles — he got a three-year deal from the Mets and a welcome from their owner, Steve Cohen, who revealed Showalter’s hiring on Twitter on Saturday afternoon.

The Mets plan to make a formal announcement of Showalter’s arrival on Monday, so team officials would not comment on the hire on Saturday despite Cohen’s tweet. But the team’s leadership was said to have been swayed not only by Showalter’s experience, but also by how closely he has stayed in touch with the game since last managing, with the Orioles in 2018.

The Mets have hired more than a dozen data analysts under Cohen, investing heavily in modern information systems to supplement a manager’s instincts. Showalter, who most recently worked for MLB Network and the YES Network, will be expected to deal more closely with the front office than he has in past jobs. But he has never been afraid of new ideas.

“The whole anti-analytics, old-school thing, that’s just kind of a category that maybe some people can run with, probably because of his age,” Ryan Flaherty, who played for Showalter in Baltimore and now coaches for San Diego, said by phone on Saturday.

“But the truth is that a lot of these modern concepts in baseball are things I heard him talk about back in 2012. There isn’t more of an open-minded guy, in my opinion, in the way he sees not just the game, but everything going on throughout the day.”

The Mets have managed only one winning season since then, combining for a 266-280 record for Mickey Callaway and Luis Rojas. The manager between them, Carlos Beltran, was fired before his first spring training for his role as a player in the Astros’ sign-stealing scandal. Given that history, the Mets had to make a different kind of choice.

“Matt Quatraro, I heard, interviewed really well, and Joe Espada is going to be a really good manager, too,” said Jim Duquette, the SNY analyst and former Mets general manager.

“But going into it, you already have this notion — rightly or wrongly, and certainly within your fan base — that a first-time manager doesn’t fit in New York. It’s not like you couldn’t do it, but there’d be a lot of hurdles to overcome and it almost becomes a self-fulfilling prophecy. So you instantly go to the experienced-manager ledger, and Buck’s right at the top of that list.”

Showalter led the Yankees and the expansion Diamondbacks to the playoffs, only to be fired by both teams a year before they won the World Series. He may have done his finest work with the Orioles, though; Baltimore led the American League in victories from 2012 through 2016 while reaching the playoffs three times despite rugged competition in the A.L. East.

“The biggest thing, right away, is accountability,” Flaherty said. “It doesn’t matter if you’re the clubhouse guy, if you’re the guy parking the cars or if you’re Manny Machado — everybody is held accountable, and there’s a set of standards that people are going to be held to. He was the first manager I played for, so you kind of assume that’s the way it is everywhere. But it’s not as easy as people think.”

Steering the Mets to a deep October run will not be easy, either, despite Cohen’s spending. Before the lockout, the Mets committed $254.5 million for four free agents: the starting pitcher Max Scherzer, infielder Eduardo Escobar and outfielders Mark Canha and Starling Marte. All will be at least 33 years old by opening day, and players rarely improve at that age.

Yet while the Mets share a division with the World Series champion Atlanta Braves, no other N.L. East team won more than 82 games last season (the Mets were 77-85). Showalter can team Scherzer with Jacob deGrom at the top of his rotation, and Marte with Pete Alonso, Francisco Lindor and other standouts in his lineup.

The mandate is clear, and the Mets hired the candidate best equipped to think of every possible way to fulfill it.

“You have no excuses now, right?” Duquette said. “No excuses. The roster’s not perfect — they’re going to still spend money — but you can’t sit there and say, ‘Well, we didn’t spend the money to field a good team, we didn’t go and get the most experienced manager.’ You can’t fall back on those excuses now. It’s full speed ahead to the postseason. Postseason or bust.”